Magic in the mind.

Magic in the mind. 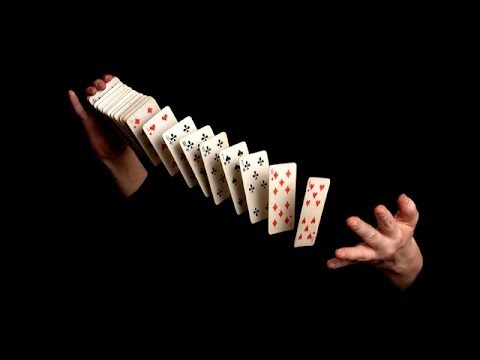 Coming into work this morning there was magic in the air. Perhaps not in the most obvious way: no-one gave me a pay rise, decided I needed the day off or declared their undying love. However, I did get the thoughts of my colleague Matt Wilkinson on the ethics of Derren Brown’s latest show, and the sad news of Paul Daniels’ death. Mighty performers both, and my co-workers and I were soon deeply into discussion of what they both did and, in particular with Derren Brown, whether what was done was OK.

Brown’s spectacle Pushed to the Edge apparently investigated whether someone’s desire to comply with authority could lead them allow another person’s death. Sort of like the Stanley Milgram authority experiments of the 1960s with added celebrity. Matt’s very reasonable question was what, if any, ethical framework applied to the programme? It’s an important point, if indeed someone was manipulated in this way. I did wonder though, might the apparent dupe in the show have been a stooge who was complicit in the trick? Could it be that Derren was simply lying to us?

Actually I’m not sure that ‘simply’ is the right choice of word here. Derren Brown has always struck me as an interesting example of the idea (discussed in depth in this New Yorker piece by Adam Gopnik) that ‘magic only “happens” in a spectator’s mind’. One contributor went so far as to describe magic as ‘a contest of minds, in which the magician dominates’.  So how might Brown dominate our minds here? Trying to apply Occam’s Razor (essentially that the explanation with the least assumptions is the most likely), there is no reason to suppose that everything Derren tells us is as it seems. As the magician hero of Christopher Brookmyre’s The Sacred Art of Stealing reveals, everything a magician says might be a lie. Absolutely EVERYTHING.

This, for me, is where things get more interesting. Adam Gopnik’s article makes it clear that deceit is absolutely central to magic. More important, though, is the magician’s ability to hold us, the audience, in that deceit without us realising. The technicalities of a trick may be straightforward. The actual magic is however, that Derren Brown can make it difficult for us to see that.

A few years ago Brown made programme about calling the lottery. When watching I realised, very abruptly, how he did it. I won’t give it away but it was extremely simple and blink-and-you’ll-miss-it quick. You could say that I understood how to do the trick. I can’t normally see such things and felt, briefly, proud. The truth, though, is that the technical detail I had spotted was the slightest part of it. Far more important was a dazzling dance of misdirection, an acute understanding of when people will trust you, and a masterclass in sheer front. The real trick was, of course, making it difficult for people to see (or perhaps more importantly to believe) what he had actually done. Rather than being disappointed at seeing through something, I found myself in awe of a brilliant psychologist. Research shows us how we can convincingly lie and fail to spot other’s deceptions. A really good magician needs an advanced appreciation of both.

This is not to say that I (or indeed Adam Gopnik) believe that all magic is based on technically simple tricks. Much of it involves years of intensive practice and levels of skill and physical control that beggar belief. (Take a look at some of these card illusions by the magician Jamy Ian Swiss and remember to pick your jaw off the floor when you’re finished.) Some magic may rely on detailed knowledge of how the eye and brain perceive the world, or on an understanding of maths and probability. (The psychologist and magician Richard Wiseman exploits such factors to delightful effect.) It’s a field with an advanced literature and a long history of skilful innovation.

Whether an illusion is simple or complex, we still look where the magician makes us look, and think what he or she wants us to think. The idea of ‘dominating’ another’s mind may sound a little chilling but uncertainty about what has actually happened may lead to enjoyable discomfort (Derren Brown at his best) or happy puzzlement (Paul Daniels). Outright disbelief may be disturbing perhaps as the magician James Randi found when an audience member,  at a complete loss for any explanation decided that he (Randi) was psychic without realising it.

The confidence and skill to do magic may be beyond most of us, so let’s enjoy those who can wow us with such things. I remember a friend learning how to do a card trick made famous by David Blaine. It was so simple she was too embarrassed to bring it off properly. She would blush and stutter and feel ashamed that it was so obvious. David Blaine clearly had no such qualms and his card tricks have been the stuff of conjuring legend. Like Derren Brown, he is able to make the illusion happen in the spectators’ minds. Paul Daniels was great (truly great) at this too. I mean what do you think all that witty self-deprecation was for, if not to misdirect? And for that reason above all I’ll miss him, not a lot perhaps, as he hasn’t been on TV for years, but there are some mornings when we all need a bit of magic.