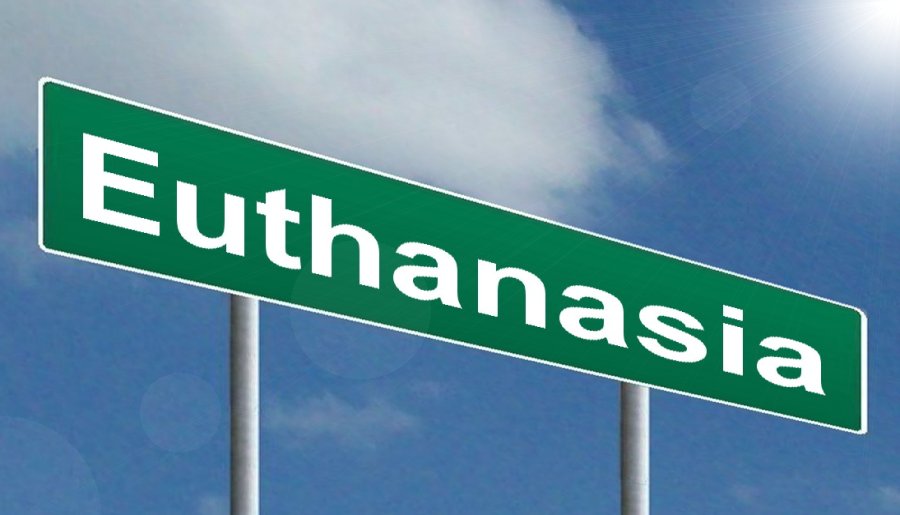 Following recent cases of euthanasia for mental health problems in Belgium and Holland, Clinical Psychologist Masuma Rahim discuses what we do when someone seems beyond help.

In my line of work – as a psychologist in a Community Mental Health Team – my colleagues and I spend more time talking about ‘risk’ than almost anything else. And when we say ‘risk’, we rarely mean ‘risk of harm to others’. We almost always mean ‘risk of suicide’. There’s an understanding that, when you work in mental health, a lot of your resources will be focused on trying, to the best of your ability, to prevent your patients harming themselves.

It was therefore with some surprise that I read about a 20 year-old woman in the Netherlands who had chosen to be euthanized. Having been sexually abused from the age of 5, she was considered to have an ‘untreatable’ Post Traumatic Stress Disorder, reportedly co-occurring with anorexia, depression and hallucinations. It has since emerged that, while only two mental health patients were euthanized in the Netherlands in 2010, this rose to 56 in 2015. A recent review showed that the overwhelming majority of those with mental health problems who chose to be euthanized were women with long-term conditions, often with some kind of trauma.

The right to end your life is a complex topic and perhaps one which it very difficult to have a settled opinion about. In health, the baseline often seems to be ‘preserving life above all else’. But whether you believe in the sanctity of life or not, it’s not quite that simple. When you work in mental health you work with people who are in emotional pain. Many will have been in that pain for years, and, as we know, the impact of mental health problems on people’s lives can be enormous. Academic and employment prospects, family relationships and physical health often deteriorate following the onset of psychological difficulties. Often, by the time people access specialist mental health services they are in need of more intensive support and though we try to give them whatever support they may need, we know that sometimes we, as professionals, fail to help them. We wrap this up as being ‘treatment-resistant’ or ‘failing to engage’ but what it means ultimately, is that ‘I, with my years of training and expertise, have not been able to heal you’.

Such a sense of failure can strike at the very heart of your professional identity. Most people go into this work because, at some level, they want to help people in distress. Feeling impotent when you are unable to do so is never pleasant. But the reality is that some people have been so damaged by life that by the time we see them we cannot undo what’s happened – not to the extent we would like. Sometimes, when it seems all the options have been tried and found to be ineffective, it’s natural to feel at a loss and to wonder if there’s any way to help this person. And if that’s what professionals are thinking, why do we find it so difficult to accept that the person with the psychological difficulties might think it too? And the natural continuation of that is that, if the pain is too great to bear, and if there appears no way to reduce it, why shouldn’t we have a conversation about the point at which life stops being worth living?

In the UK, we have to abide by legislation related to mental capacity. Essentially, if you’re deemed unable to make decisions about issues such as your health or finances, other people – usually health and social care staff – can step in and make them ‘in your best interests’. Crucially, this legislation accepts that people who do have the capacity to make decisions about themselves have the right to make ‘unwise’ decisions. With Dignitas now a viable option for those with the financial means, we seem, as a society to slowly be coming to terms with the right people with severe physical health problems have to die. Despite that, the moment someone with mental health problems says they want to die, we spring into action to stop them doing so. For, although the Mental Capacity Act also applies to people with mental health problems, it is trumped in almost every circumstance by the Mental Health Act. What this means is that a person with mental health problems has fewer rights to make decisions about their care – and the value of their life – than someone who is not subject to the Act, even if they are deemed to have capacity. Yet again, the disparity between physical and mental health is clear.

Now I can’t say for sure, but I would imagine that a significant number of people who decide they no longer want to live do so being well aware of the consequences of their actions. The question for professionals is this: is it ethical for us to extend someone’s life (or at least prevent them from ending it) when a) they are saying that life is too painful for it to be endured any longer and b) they have the capacity to make decisions about themselves? Our job is to make people’s live better; not condemn them to years of suffering. Our legislation doesn’t allow these kinds of conversations to take place and it certainly doesn’t allow us to support anyone to make decisions to die. And even as I write, I worry that readers of this will assume I am pro-assisted dying and that I believe people in distress have the right to end their lives without the interference of professionals. I don’t believe that, but I would be at pains to describe exactly what I do feel. I know that the assumption that anyone who wants to kill themselves must lack capacity troubles me – particularly when people who are suicidal often end up in psychiatric wards which, with the best will in the world, are rarely the sanctuary they should be. I know that for some people life can be terrible, and I understand the desire to end the emotional pain. But I also know that I struggle with the idea that someone is ‘beyond help’; that, essentially, ‘recovery’ is not an option. Part of that may be what it says about my profession, and me – that sometimes we are impotent; that we have to watch you continue to suffer because we just don’t know what to do to help – but some of it comes from a feeling that the loss of life is a tragedy – a waste of talent and potential.

One reason I suspect it’s so incredibly hard to accept someone’s right to choose to die is that we’re not looking at it dispassionately; we’re not conducting a cost-benefit analysis. How can you look at dispassionately? Mine is not a profession of pure science; it is one in which our work is bound up with emotion and human connections and a desire to help, but also, if we’re honest, a need to feel able to help. A significant element of working in mental health is in helping people find reasons to go on; to find reasons to stay alive. But for some people, those reasons may not exist, and we have to find a better way to discuss these issues frankly, without moralising and judgement, but with a keen eye on the very complex ethical questions tied up with them. In physical health, palliative care pathways are well-established and the debate around assisted dying is ongoing – it’s time those of us in mental health started to have similar conversations.

With thanks to @maddoggie2 for her contribution.

Dr. Masuma Rahim is a Clinical Psychologist and writer. You can follow her on Twitter @MasumaRahim. She blogs at https://masumarahim.wordpress.com/ and regularly contributes to The Guardian.

Editor’s note: The issue of suicide (assisted or otherwise) is clearly one that many people have strong views about. Please let us know what you think below. Masuma has kindly agreed to contribute to the discussion.