Get Back to Nature (Within 15 Minutes of the City Centre).

Get Back to Nature (Within 15 Minutes of the City Centre). 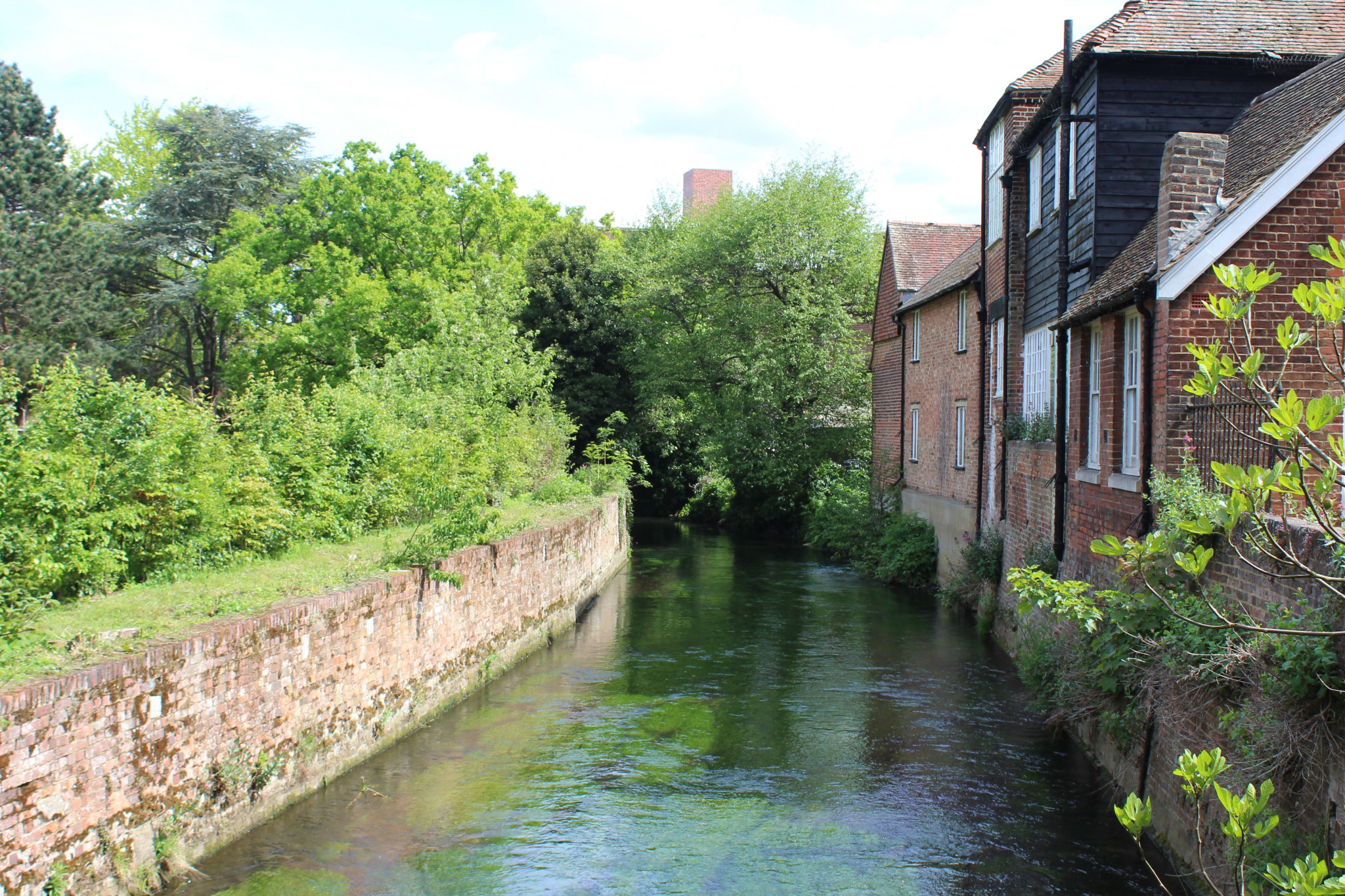 It’s still warm! For me, that means spending every waking moment outside, and in Canterbury, there are plenty of outside spaces you can find – even ones incredibly close to the city centre.

There are plenty more to choose from, but here are nine highlights from what Canterbury has to offer:

This park is situated at the top of Watling Street, right by the bus station at the top of town. It stretches all the way along the City Wall towards Wincheap, where you can head over the bridge and arrive at Pin Hill in a ten-minute walk.

Dane John Gardens dates back to 1551, and contains a hill referred to as ‘the mound’ – believed to be from the first century AD. You’ll know when you see it, because right at the top is monument commemorating Alderman James Simmons’ gift of the park to the people of Canterbury.

The Cathedral is a heritage site, going back over 1,400 years. As well as the paintings, statues and historic collections, there are also plenty of outside spaces to explore, including the courtyard beside the Archives and Library, Friends’ Garden and Kent War Memorial Garden.

As a full-time student of Christ Church, you get free entry into the Cathedral.

Once the grandest and most influential Romanesque abbey in Europe, St. Augustine’s Abbey stood for almost 1,000 years with the goal of converting the pagan Anglo-Saxons to Christianity.

With a valid student card, access to the Abbey can cost only £7.30. Another heritage site, founded in AD 598, the Abbey has a museum and plenty of space to wander the ruins on the grounds. It’s situated right beside our Canterbury Campus, a five-minute walk from the city centre.

At the bottom of the high street, by Westgate Towers, Westgate Parks is a sprawling patch of land separated into four distinct areas. Closest to town is Westgate Gardens, a beautiful park where you can sit beside the Great Stour River. Further along is Toddler’s Cove, with a children’s play area and outdoor fitness space. Tannery Fields is where the tannery used to live, and in its honour a bull sculpture still stands.

Finally, Bingley Island Local Nature Reserve follows a long, riverside path away from Toddler’s Cove. It’s a quiet, winding walk through the countryside just outside the city, with plenty of places to stop for picnics or to meet the local cattle. If you follow the path long enough, you’ll reach the wetlands behind Wincheap called Hambrook Marshes.

Beyond the Marlow Theatre, there is a stretch of green space, followed by a woodland across the road. This area is Solly’s Orchard and Abbot’s Mill. The woodland is settled between the fork of the River Stour, and currently being used for an educational project called The Abbot’s Mill Project, with the aim of becoming a sustainability and social justice hub in Canterbury, powered solely by the renewable energy derived from reinstalling the old water wheel. The project also aims to build a vegan community café and wildlife garden.

Greyfriars Gardens is hidden behind the buildings of Stour Street (you can enter through Water Lane), and wedged between two residential roads, so it can be hard to find. The Gardens have a history with the 13th Century Franciscans from Italy; it’s one of the places that helped to solidify Canterbury as a religious hub in Europe back in the Medieval Ages.

You can also access another part of the gardens through the Franciscan Gardens store on the high street. Tickets cost £6 to explore the heritage grounds.

The River Stour was one of my favourite routes to walk when I lived up in Parham during my first year at Christ Church. The river runs directly behind the student village, and you can follow it the whole way down to town, and even further beyond, towards Harmbrook Marshes, if you’d like.

If you’d like to start the walk from the city centre, a route can be found by following the path that curls around the Marlowe Theatre. Alternatively, river tours are available to be booked online or in person by the river in the high street – student tickets are available at £12.

Tucked away on Castle Street is a small patch of land that was likely once the yard to a church that is believed to have once been built in the area. St. Mary de Castro church was built in 618 and demolished some time around 1486 – likely, it stood where the White Hart pub now resides.

The garden itself doubles as a cemetery, with 17th and 18th Century gravestones lining the walls.

Finally, a five-minute walk from the university sports centre, the orchard sits at the top of Spring Lane, while Bab’s Hill is halfway down. These are both areas you might not have discovered before; both are dog friendly, and Bab’s Hill functions more as a park, while the orchard is excellent for long walks.

Have you explored Canterbury and found these natural spaces? If you’re looking for something to do while it’s still warm, gather some friends and a picnic and get exploring!