The public interest in dog intelligence – a very special case.

The public interest in dog intelligence – a very special case. 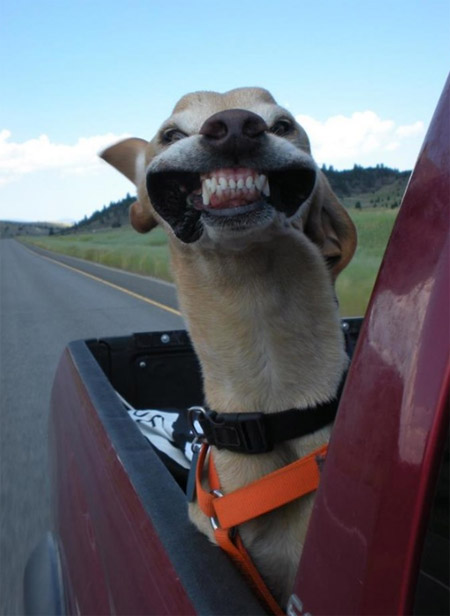 At the beginning of October, CCCU Senior Lecturer Dr. Britta Osthaus with the University of Exeter jointly published a press release on a review paper giving dog owner’s ‘paws’ for thought about the intelligence of dogs.

The media went barking mad. I was invited to travel up to Salford to appear on the Breakfast Show the very next morning (no, thank you), and was instead passed around 16 local BBC radio stations on Tuesday morning, for interviews on how we dared to state that dogs aren’t the smartest of them all. To make it clear right away, before you growl at me: dogs are smart. They are lovely (most of the time). They are special. They are just not exceptional when compared to other species. The premise of the review paper was that we need to take into account what defines a dog, and then base any statements about their cognitive abilities on valid comparisons. Dogs are social hunters, they are carnivores, and they are domesticated animals. These three groupings were chosen for our comparisons because they affect cognitive abilities. For example, social hunters need to communicate fast and efficiently, and take the reactions of others into account. Carnivores have specialised abilities that help them to find food in a variety of environments, and therefore they differ from herbivores in their feeding strategies. And finally, domestic animals can have very different cognition from wild animals, as they need to be able to live in close proximity to other species, including humans, tolerate novel foods and environments, and are often selected for docility. What we found was that for each ‘special’ cognitive ability that dogs have shown, there are comparison species that do as well or even better than dogs. For details, see the original paper, available via the open access option of Learning & Behaviour.

Whilst we are very proud of the paper (thanks to two rather critical reviewers, we spent a lot of time on it, to groom it into its final version), we did not quite expect the media interest to take off as it did. We weren’t quite prepared for the indignation of the (dog-owning) public, nor the glee of the cat owners. Although I should have known, as I am a repeat dog-offender. In 2002, the Guardian published an article about my research on physical cognition in dogs (Man’s best friend is not so clever). The media uptake wasn’t that wide-spread, but when in 2009 I managed to ‘prove’ that dogs are cleverer than cats, my findings went around the world (e.g. It’s official: Dogs are smarter than cats, but just). But back then I got hissed at by the cat owners. This time we offended the pack of dog owners.

Don’t get me wrong: dogs are special. We share our homes with them, they do amazing work with and for humans, and they are good company. But ponies can guide blind people, rats can sniff out tuberculosis, pigs are working as therapy animals, and donkeys are great at guarding livestock. And whilst dogs can do all of this, we also need to take into account their nature: dogs are dogs, not small furry humans, and we must consider their needs and their limits when interacting with them.