The latest on Psychic Research.

The latest on Psychic Research. 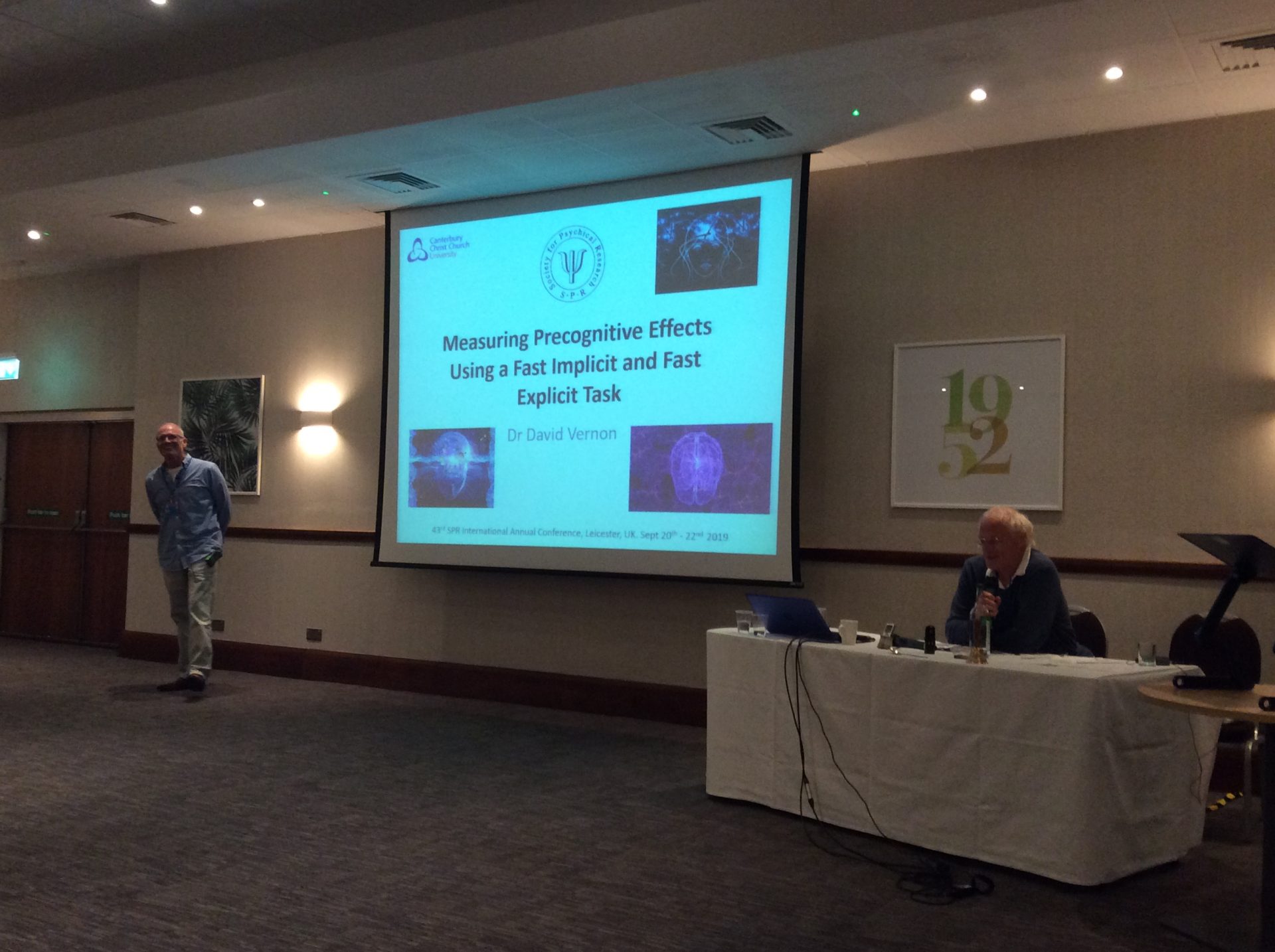 I’ve just returned from the 43rd Annual International Conference of the Society for Psychical Research which was held this year in Leicester. Delegates were a mix of those interested in psychic phenomena, those who claim to be psychic and those, like me, who conduct scientific research in the field.

The conference delivered an interesting selection of talks from a diverse range of topics. Including, the use of psychedelics to access altered states of consciousness, near death experiences, electronic voice phenomena and the notion that such events and experiences are more normal than paranormal.

I gave a talk which reported the results from my latest lab-based study focusing on precognition. Here, the idea is that something you do in the future can influence your behaviour now. Whilst this may sound odd a number of research scientists from around the world have shown some very intriguing effects which suggest that just such an effect is possible. However, not everyone has been able to replicate these findings and I’ve been running a series of studies to try and shed some light on these potential precognitive effects. Unfortunately, or fortunately, depending on your preferred point of view, my current study did not show any evidence that exposure to images and words in the future influenced your responses to these stimuli in the here and now.

Now there are two ways to interpret such a null result. The first is that no effect was found because there is none. And many may favour this approach. However, the alternative is that the effect is real and I simply failed to find it. Hence, for me, for now, its back to the drawing board to re-think my approach.