Building community resilience to climate change: insights from the social psychology of groups.

Building community resilience to climate change: insights from the social psychology of groups. 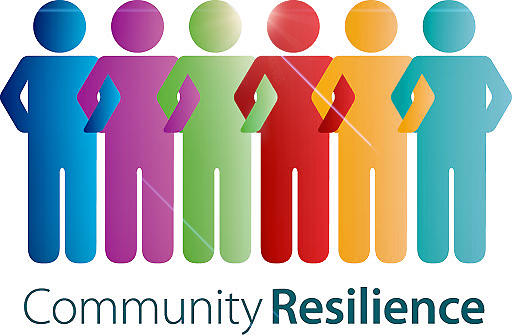 Dr. Evangelos Ntontis discusses shared social identity, the role of social groups during disasters and how they emerge and evolve in the post-disaster period.

In our work we apply principles from the social psychological theory of groups to identify the elements that can make communities respond and recover more effectively from disasters. The key term here is ‘shared social identity’, which refers to people’s sense of belonging in the same social group. Social groups play a key role in disasters. During disasters people spontaneously form groups and provide each other practical and emotional support. In social psychological terms, it appears that residents come to share a social identity, which is the basis of what has been termed as ‘collective psychosocial resilience’. This refers to ‘the way that a shared identity allows groups of survivors to express and expect solidarity and cohesion, and thereby to coordinate and draw upon collective sources of support’ (Drury et al., 2019, p.1). This approach is aligned with what is now termed the ‘social cure’ – the notion that groups can positively affect wellbeing by providing their members with a sense of belonging and social support. Since groups that spontaneously appear in disasters can play a key role in mobilising social support and enhancing community resilience, two key questions emerge – how do such groups emerge and how do they evolve in the post-disaster period?

In relation to their emergence, we conducted interviews with residents of York, UK, shortly after the 2015 flooding. We found that residents came to experience a shared social identity due to experiencing common fate. For some, this sense of common fate came from experiencing the same distressing incident. For others, it was the experience of community-wide problems following the floods such as looting or organising to tackle the perceived inefficiency of the local authorities. Nevertheless, shared social identity became the psychological basis for the mobilisation of practical, emotional, and collective support, as well as increased expectations of support from others perceived as fellow group members. Similar findings come from a range of disasters and mass emergencies such as the 2010 Chile earthquake and the 2005 London bombings.

We were also interested in how emergent groups endure or decline in the aftermath of the disaster. We interviewed York residents 15 months after the floods, finding that shared social identity had declined for some participants due to the absence of common fate. Importantly, some participants from minority groups reported inequality and discrimination in relation to the social support they received, which eroded the initial sense of togetherness. However, for others shared social identity persisted. For some, the bonds formed during the disaster persisted long after the aftermath. Also, receiving social support was positive in maintaining residents’ sense of belonging, whereas a third group actively maintained the identity associated with the community spirit through commemorations to celebrate the community’s recovery.

Overall, we argue that community resilience theory, policy, and practice should incorporate current understandings of group psychology. Further attention should be paid to emergent groups, and their operation should be considered in planning guidance. Also, a key task is to consider how community groups can be maintained. The provision of shared spaces that facilitate interaction and strengthen bonds between residents, as well as allowing the expression of community identity through commemoration can assist in strengthening residents’ bonds as well as increase trust towards the authorities. After all, community resilience isn’t only a matter of infrastructure but also of appropriate social relationships.

Biography: Dr Ntontis is a lecturer in social psychology at the School of Psychology, Politics, and Sociology at Canterbury Christ Church University. He completed his PhD at the School of Psychology at the University of Sussex in 2018 and was a member of John Drury’s ‘Crowds and Identities’ research group. His interests lie in collective behaviour and the ways it can be shaped by our group identities.