I’m not a discourse analyst, but ….

I’m not a discourse analyst, but …. 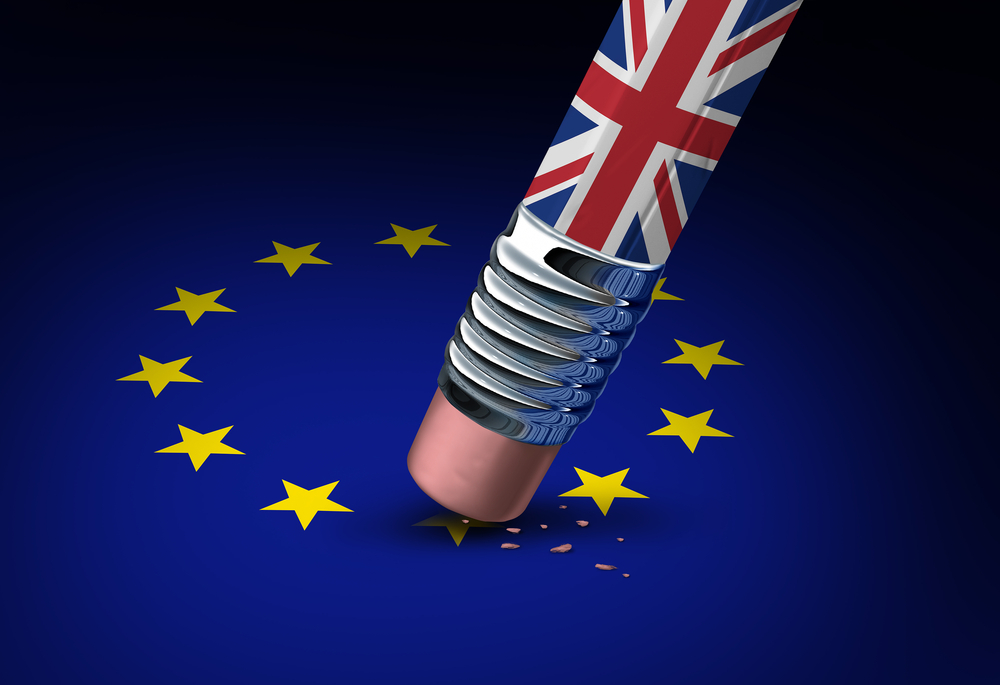 Dr. Dennis Nigbur, Senior Lecturer at CCCU identifies some of the hidden social psychology of the Brexit debate, and how the result may have given rise to a new and more positive stance towards Europe taken by some of the British people.

My analysis of how the UK became Brexitarian

“This time the men of Western Europe have not lacked courage and have not acted too late. They have done something great and what is remarkable and perhaps unique is that they have done it by renouncing any use of force, any constraint, any threat.”
(Paul-Henry Spaak on the signing of the Treaties of Rome)

By the time you read this, the British Prime Minister will have pressed the big red Brexit button, and the negotiations to take the United Kingdom out of the European Union will be about to begin. And there will be a fair few people wondering how we got to this point. The 2nd February White Paper “The United Kingdom’s exit from and partnership with the EU” says that the national parliament has in fact remained sovereign throughout the UK’s membership of the EU, although “it has not always felt like that”. On the one hand, this – belatedly – dismantles one of the key elements of the Leave campaign: the “taking back control” of a sovereignty that was never lost. On the other hand, it shows the importance of psychology in these political events: Perceptions, prejudices, rhetoric, experiences, and fears operate in places that the cold light of day just can’t reach.

I’m no discourse analyst. But a look at the public debate around the 23rd June 2016 referendum can be instructive about the social-psychological elements that played a substantial role without ever being taken seriously by the media coverage (see here also). By pointing at the psychological relevance of what was said and what remained unsaid during this debate, I hope to show how the Brexit vote succeeded but – arguably in a paradoxical case of too little, too late – finally gave rise to something new: an outspoken identification with Europe and a positive attitude towards the EU among large parts of the British public.

Having your cake and eating it

Jeremy Corbyn, leader of the Labour party, has criticised the British government’s unclear position about the consequences of the Brexit, saying that the idea to leave the European Union and its single market, but retain continued access to it, seemed like a case of “having your cake and eating it”. Having your cake and eating it is, of course, the strategy that the UK has adopted throughout the process leading up to the referendum. George Osborne talked about having “the best of both worlds”, the benefits without the burden, while David Cameron tried to negotiate a “better deal” as if the UK were about to change its gas provider.

Although both Cameron and Osborne supported the Remain campaign, they had thus already played into the hands of the Leave camp by focusing the debate on British self-interest and a perceived threat to national sovereignty and self-determination. Did you notice how rare continental European perspectives were in this debate, and how both Leave and Remain were fixated on what they believed was best for Britain, that island in the North Sea (see my earlier blog)? By asking for greater national control over immigration, restrictions on welfare payments to migrants, and opt-outs from ever-closer union and the cost of bailouts in the eurozone, the government of the time served and strengthened existing stereotypes. The image of out-of-control immigration due to European legislation, conflated with the refugee crisis, was later exploited by the infamous “breaking point” poster campaign. The image of the EU as an unstoppable Moloch demanding ever-greater sacrifices of wealth and freedom had already been well established in the campaigning of organisations such as the UK Independence Party, and was referenced quite clearly by Nigel Farage in his “victory” speech at the European Parliament following the referendum.

A peculiarly British flavour of talk about Europe

Cameron and Osborne, obviously, were not the first or the only people to use these stereotypes. It was precisely because these representations were already common currency that they could be linked so readily to the government’s efforts to secure a “better deal”, and mobilised so easily alongside some independence rhetoric and fear campaigning. I believe that these were successful because of the long-established British tradition of regarding the EU as a glorified trade agreement at best and a menace to national sovereignty at worst. Other Europeans seem to be much happier to say “Europe is not a market; it is the will to live together” (watch a powerful extract of a speech by Esteban González Pons here). But public debate in the UK tends to ignore the social, cultural and peacekeeping functions of the EU (see here), leaving the complex economic benefits of membership as the only argument with which the Remain campaign thought it could persuade voters. This was not just unromantic in comparison with the heroics of “taking back control”; it had already been undermined by the implication that the UK was not getting a good deal under existing arrangements, and continued to be undermined by the Leave campaign’s fallacious but effective claims about the cost of EU membership.

Although the economic argument would therefore have been strong and relevant in the view of those who regard the EU primarily as a trade partnership, it was weak in the eyes of those for whom emotions and identity played a greater part. Some commentators later wrote disparagingly about the role of emotional, as opposed to rational, decision-making in the referendum. But that’s just part of the story. Psychologists know that emotions are not a weakness or a defective mode of decision-making, but a necessary and powerful influence on everybody’s life – including voting in the referendum. The problem for Remain was not that people voted with their emotions, but that the emotional case in favour of EU membership was never made. Sure, the scariness of uncertainty was pointed out by Remainers with potentially counter-productive monotony. But positive feelings of solidarity with European neighbours, togetherness and a common identity, or a shared vision for a peaceful European future were simply absent from the Remain campaign … because they had never been part of British public discourse about Europe in the first place. One could say that Remain ultimately had fewer ingredients for a tasty campaign, and ended up rather bland.

This was in contrast to the Leave campaign, with its bold aroma of freedom fighting, the spice of rebellion against the establishment, and the distasteful but dramatic references to a foreign invasion threatening a British way of life that was never defined. Britishness is notoriously difficult to grasp, and is instead often circumscribed in terms of its supposed difference to other collectivities including continental Europe (see, for example, Abell et al., 2006; Condor, 2000, 2006). Leaving the EU thus became associated with asserting and defending British uniqueness, regardless of what constitutes that uniqueness. The recent proposal to the UKIP conference to cut VAT on fish and chips after Brexit is a scurrilous but fitting example.

Many of the consequences of the referendum campaign so far have been dire. Racism seems to have increased, parts of the media continue to stir up perceptions of threat, the pound has weakened (note the dip in the chart here), the United Kingdom is under internal strain, relations with the EU are frosty, mistrust and attempted underhand deals are continuing to poison relationships and, despite repeated references to a clear mandate arising from the referendum, the social reality is that Britain is pretty much split down the middle.

This should, of course, not be surprising. The referendum results show clearly that the absolute numbers are beyond any margin of error, but the percentages are really quite close. With such an important issue, there seems to be no reasonable argument for why the 16,141,241 people who voted Remain should now simply agree with the 17,410,742 who voted Leave. When even sports clubs require a qualified majority, such as two thirds, to make changes to their rules, isn’t it ridiculous that such a momentous decision as the UK’s relationship with the EU should be carried by 51.9% of those who voted? Presumably, a supermajority was not required because the referendum could not be legally binding – but irresistible political pressure had been created by promising voters that the government would implement their decision.

Media coverage has focused on the (economic) uncertainty created by the decision to leave the EU (e.g. here). But uncertainty, by its nature, is temporary. What may turn out to be more damaging is the (political) certainty that the UK doesn’t believe in the European project enough to stay committed.

Ironically, the Brexit vote has also created an unprecedented display of enthusiasm for Europe among those who don’t identify with the UK’s official position. It may be too late to change the outcome of the referendum, but a portion of the British electorate – predominantly the younger and more educated voters who tended to support Remain according to a demographic breakdown of voting patterns (seen here and here) – is finally displaying a kind of public support for Europe that goes beyond economic pragmatism. The “March for Europe” during the immediate aftermath of the referendum and the recent “Unite for Europe” mass demonstrations are perhaps the most visible way in which this new attitude finds expression. But there are also several social media campaigns (e.g. www.neweuropeans.net, scientistsforeu.uk, or www.the3million.org.uk), as well as a new weekly newspaper (www.theneweuropean.co.uk).

As a European immigrant, I have noticed euroscepticism (perhaps too mild a word for what happened in the build-up to the referendum) and anti-immigrant rhetoric grow during the 20 years I have spent here. As a university lecturer, I take heart from seeing the young and educated as the driving force in the reversal of this process. The recent staff conference about our church foundation identity here at Canterbury Christ Church gave me a very welcome reminder that – even in this strange world of employability drives, league tables, and “excellence frameworks” – education is about much more than getting a degree or qualifying for a job. It’s about growing in wisdom and personality; acquiring the ability to research, understand, and evaluate; and becoming a better person: the sort of person to whom we can entrust the future of the UK and Europe.