The social psychology of “10 German bombers”: Why a tasteless football chant about the Battle of Britain is more offensive to the English than the Germans.

The social psychology of “10 German bombers”: Why a tasteless football chant about the Battle of Britain is more offensive to the English than the Germans. 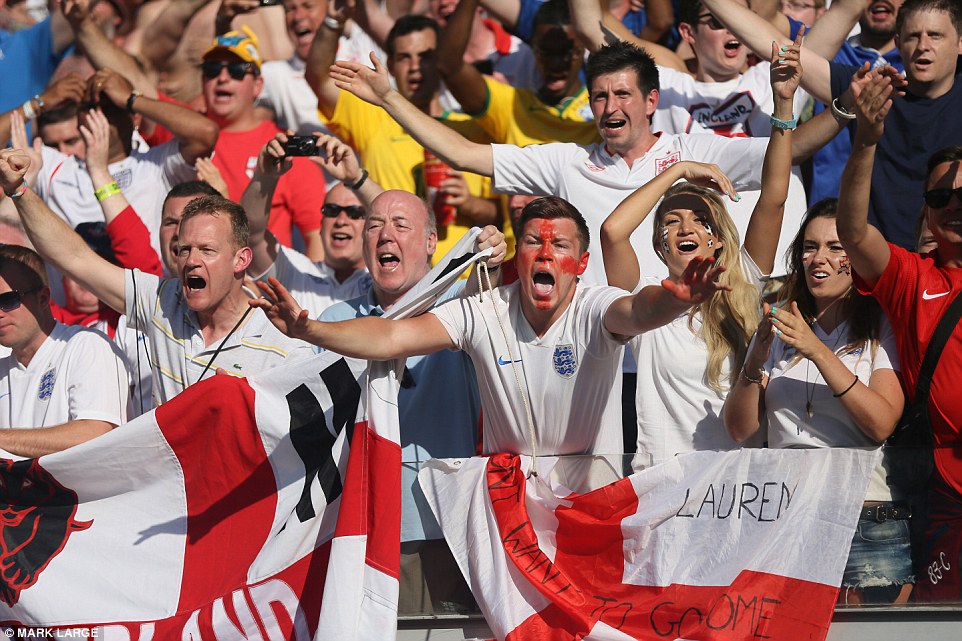 Dr. Dennis Nigbur, Senior Lecturer at CCCU, takes the opportunity to discuss the interplay between two of his favourite topics, namely football and national identity.

They’ve been at it again: English football supporters have treated the world to yet another rendition of “10 German bombers”, and there appears to be a sense of wonder why the Germans didn’t take more offence (Herbert, 2017).

The simple answer is that they don’t feel targeted by the song. They will recognise it as a chant in poor taste (most Germans speak good English after all – we have an education system that takes languages seriously), but there’s no reason to feel personally or collectively offended by it. Not only does today’s Federal Republic have few similarities with the Nazi state of 75-odd years ago in terms of territory, politics, population, and role on the world stage; the national identity of today’s Germans is also decoupled from the past in a way that the label “German” fails to capture.

I’ve been lucky enough to have erudite social identity scholars as lecturers, supervisors, examiners and bosses: Rupert Brown, Susan Condor, Marco Cinnirella and Evanthia Lyons (and others whose work I have read but with whom I haven’t worked as closely) have all, in their own and often quite different ways, encouraged me to look at social identity beyond the “social identity theory” (Tajfel & Turner, 1979) usually cited as the principal source about the topic. I now encourage my students to do the same. Social identity is about much more than group membership and ingroup bias, and an awareness of the wider literature will help in understanding why “10 German bombers” is in fact more problematic for the English than for the Germans.

All students of social psychology know that social identity has to do with group identification and intergroup comparisons. Temporal comparisons – obviously, comparisons across time points rather than between groups – are an old idea (Albert, 1977) but have only emerged in research on social identity in the past 20 years or so. Amélie Mummendey’s work (Mummendey, Klink, & Brown, 2001; Mummendey & Simon, 1997) is especially relevant here, since it shows how today’s Germans differentiate themselves from the Germans of the Nazi era and derive a positive sense of self from this comparison – an effect more commonly attributed to intergroup comparison.

Admittedly I’m extrapolating from these findings here, but I think I have reason to do so: If the Germans of today see themselves as fundamentally different from the Germans under the Nazi regime and also feel good about that, then why should they feel provoked by a football chant about RAF pilots shooting down German bombers during the Nazi era? The song is obviously in poor taste and intended to offend – but it fails to do so, because of the false assumption that German football fans in 2017 should identify with German bomber pilots in 1940.

Of course, that’s not the whole reason. One other aspect is that, precisely because of historical trauma and self-conscious differentiation from its Nazi past, Germany has a well-documented disturbed relationship with patriotism and national pride, which may make Germans less sensitive to insults directed at their nationality than, say, an English fan would be – the “reformed alcoholic avoiding the wine cellar” (Weidenfeld, 2002, my translation). Second, what may cause offence in everyday life or the proverbial opera house is not governed by the same rules in the milieu of a football match (see Cialdini et al., 1976; Ropeik, 2011): The mismatch between what people are told to do by civil society and what people see as normal practice in the stadium is a good example of the distinction between injunctive and descriptive social norms (Cialdini, Reno, & Kallgren, 1990). (There are chants that I, personally, refuse to sing regardless of the setting; but as a Schalke fan I may have been occasionally complicit in questioning the parentage of our unspeakable black-and-yellow local rivals.)

So why is the England supporters’ chant a newsworthy problem? As The Independent article (Herbert, 2017) suggests, it may be less about the Germans taking offence than about the English being embarrassed. Norms and identity are, again, the central concepts here: By using expressions such as “dragged through the mud”, “the behaviour of scum” or “embarrassment to be English”, the author doesn’t just signal disapproval. He also makes clear that the behavioural norms that should, in his view, be associated with being English are not compatible with the England fans’ actions. Referring to the wartime soldiers of the song, he asks “What would they think to see these people now?” As a wealth of social-psychological research on subjective group dynamics (Marques, Yzerbyt, & Leyens, 1988; Pinto, Marques, Levine, & Abrams, 2010) now shows, the greatest rejection is reserved not for outgroup members, but for ingroup members who break the norms and let their side down. Again, social identity and the world – including the world of football – are more complex than simple ingroup bias.

Herbert, I. (2017, March 23). English football dragged through the mud again by the braying, beer-fuelled scum who sing anti-German war songs. The Independent. Retrieved from http://www.independent.co.uk/sport/football/international/england-fans-10-german-bombers-braying-beer-fuelled-scum-songs-dragged-through-the-mud-a7645321.html