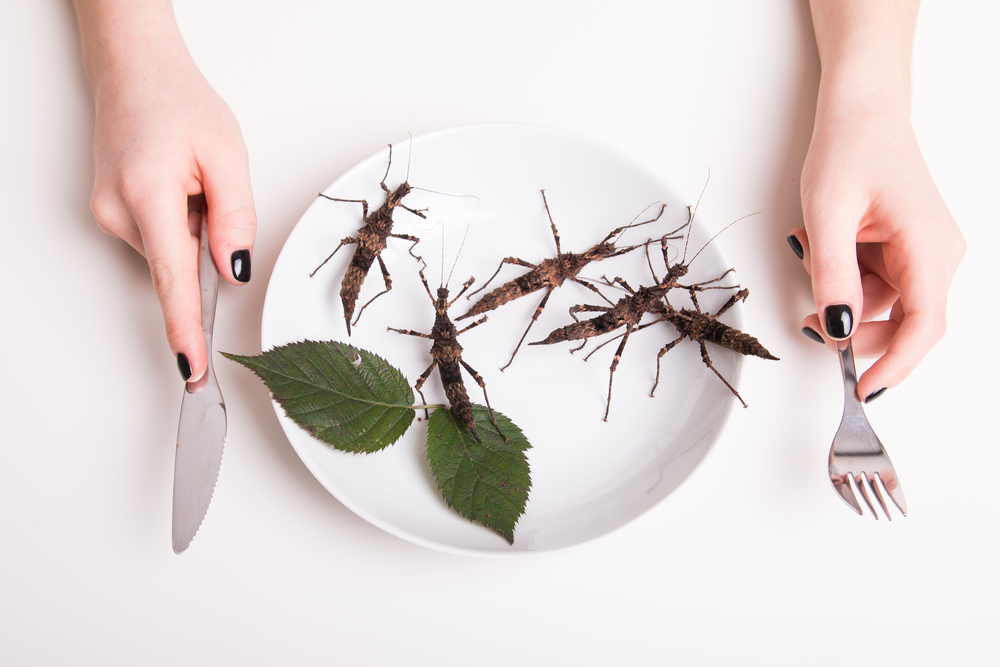 Last week’s evolutionary psychology seminar was on the topic of emotions, and why we have them. There are six basic human emotions (and some of them are shown in many animals as well). They are happiness, sadness, anger, surprise, fear, and disgust. Across the globe, people of all cultures and backgrounds produce the same facial expressions for each of these, and they are universally understood. In our seminar, there were very few happy faces (it was Friday afternoon in January…), but not too many sad, angry or scared people. One of the papers we discussed was on the reasons disgust would be useful for our survival. To demonstrate the feeling and to evoke the facial expressions, students were offered a dish with dried mealworms and crickets (produced for human consumption…).

I am making a disgusted face as I am typing this. But why would a nutritious, free snack be so off-putting? Insects are high in protein and minerals and, therefore, a valuable treat. In many countries, insects are a staple food (the eating of insects is called entomophagy). Interestingly, these insects are all vegetarian. Insects that feed on contaminated matter, such as excrement, dead meat or blood, are not used as human foods.

For a person with a European upbringing, the eating of insects is unusual (I am not talking about the flies swallowed by cyclists, or aphids eaten with a salad). But why, when we can easily overcome unfamiliarity with new foods from different parts of the world (sushi, anyone?), do we have so much trouble with eating insects?

We all show disgust. It helps our survival by making us avoid from things that might make us sick. We are disgusted by body excretions and parts, slimy, damp and stinky items, and rotten food. And if you dare to think about what might be an indicator that food has gone off, or what wiggles in excrements, you will come up with worms. They are also slimy and damp. They trigger our ‘do not eat!’ alarm. And therefore we show disgust on our faces, just by thinking about the kind offer of a dried mealworm with our tea. Humans from insect-eating cultures will be equally disgusted by our European habit of eating meat stuffed into the colon of animals (sausages), or sheep intestines encased in the animal’s stomach (haggis). But, overall, the emotion of disgust serves an evolutionary purpose, to enhance our survival. Basically, hygiene is in our genes.

(Mealworms don’t taste of much, but leave a lingering, rather unpleasant aftertaste. And no, I didn’t try the crickets.)

3 comments on “Fancy an Insect?”