Although not quite changing decisively hour by hour, things do seem to be doing that on a daily basis as national leaders scramble to keep abreast of this pandemic in various ways. This is such a tough time for so, so many across the world, including a whole host of groups and individuals in this country, and it is vitally important that everyone supports those working in health and care services wherever they are who are doing a brilliant job.

Last Saturday I attended a screening of archive films of Canterbury presented by Tim Jones, a senior lecturer in film studies at Christ Church, for the Oaten Hill Society. These provided some fascinating images of Canterbury between the two World Wars and during the 1960s, but, as the gentleman near me in the lecture theatre said, the piece of film of the New Dover Road from the St George’s roundabout was especially interesting. In particular it showed how much narrower the road had been in the 1920s and just how many substantial houses had been built on both sides, the area full of domestic rather than commercial and retail architecture as it is now. The film originates from the later years of the study day that the Centre is running on Saturday 23 May by Dr Martin Watts and his colleagues: ‘How the Great War changed Kent, 1914–1928’, and if you have not signed up and are interested, please do so. I am sure it will be a fascinating day and participants will have an opportunity to look at materials from and about the period in a series of workshops, in addition to hearing several talks. 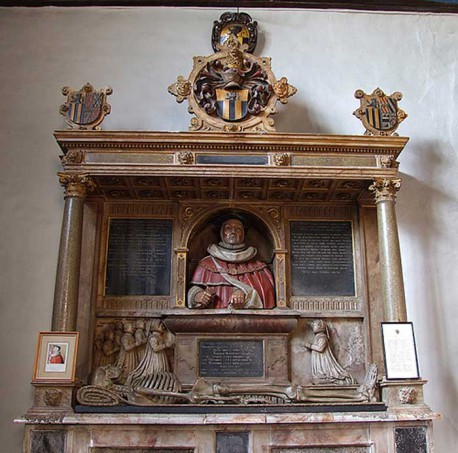 This film also set me thinking because I did some research a year or so ago for Archaeology South-East, which undertook the archaeological excavation of the site that now houses the Premier Inn. Of course the New Dover Road is indeed new in historical terms, because for centuries it was the Old Dover Road that was THE road to Dover from Canterbury. The New Dover Road was formed in 1792, a turnpike road resulting from a private Act of Parliament, and among those involved in its establishment was William Baldock. He, like other local businessmen, was instrumental in the construction of a considerable number of new houses at the upper end of St George’s Place. The new road was known as St George’s Fields, and according to the tithe records of the 1840s the Premier Inn site was owned by Thomas White, that is his Georgian-style house and its garden was on the corner. The development on both sides of the road as housing for Canterbury’s wealthy citizens continued throughout the nineteenth century, this residential ribbon development pushing south into the countryside. However the greatest expansion occurred in the 1860s and 1870s when Catherine Chesshyre (widow of the Rev. William Chesshyre), as the owner of Langport manor, seems to have sold off a sizeable number of building plots abutting the road and this residential growth can be plotted using the census returns and then the street directories of those living in the new houses. Interestingly, the character of the area was beginning to change during the Great War and by 1915 the properties in the vicinity of the Premier Inn site were no longer all residential. For example as well as Abbott Bros’ dairy there was the Y.M.C.A., and this property was later used by a firm of accountants. Moreover, the shift was accelerated as a consequence of bomb damage in this area during the Second World War, and, as already noted, post-war development completed the change away from residential use.

However before I finish this week, it may be worth noting that the road which crosses the New Dover Road at the Premier Inn corner is far older. Today it is known as Upper and Lower Chantry Lane, but I’m going to leave its connection to Hamo Doge’s chantry and just comment on its even earlier history. For as part of an agreement between St Augustine’s Abbey and the city authorities in 1268 was a description of the boundary between the land under the abbey’s jurisdiction and that of the city. This included ‘the new street’ that ran from the east end of Lodderes Lane (an ‘L’ shaped lane comprising modern day Love Lane and part of Ivy Lane) to the nunnery of St Sepulchre (on the corner of the Old Dover Road, opposite the Cross Keys). How new the street was in 1268 is difficult to gauge but it was perhaps more accurately referred to as ‘Niewestrete’ in a Christ Church Priory rental of about 1200, and in an abbey rental of about the same date. Yet even if it is not clear exactly when it became of sufficient stature to be designated a ‘street’, it seems likely its forerunner had been a track, possibly of considerable antiquity. William Urry, the cathedral archivist in the mid-twentieth century, noted that there was an early ward boundary post close to a gate (the gate survived until 1942) at the end of another track, leading from the city, which he believed dated to c.1166, and this track would have met the ‘New Street’ track at the gate. Furthermore, assuming he was right about the pre-1087 foundation of St Sepulchre’s Priory, the western boundary of the nunnery precinct seems to have been the ‘New Street’ track, not least because the priory was, according to William Thorne (a monk who wrote a chronicle at the abbey in the fourteenth century), on land that was within the limits of that belonging to St Augustine’s Abbey. Perhaps also indicative of the presence of this early boundary/track are the bounds given in the abbey’s second spurious charter (it purports to date to c. 605 and record a grant of King Æthelberht I, but is a post-Conquest ‘forgery’), that refer to ‘…. sicque ad occidentem to riđere ceape, et ita ad aquilonemen to druting stræte’; and also that in the early eleventh century Archbishop Alphage had, among his gifts to the abbey, granted five acres of land outside Ridingate. Thus New Street in 1268 was probably at least 70 years old and followed the line of an ancient track that also functioned as a boundary between the city’s liberty and that of St Augustine’s, extending south from what is now Ivy Lane to the crossroads at St Mary Bredin’s church. Consequently, this is an exceedingly important road and border between the two parties who continued their territorial dispute off and on for a further two centuries. Because, notwithstanding the importance of this agreement, neither side was prepared to forgo what it saw as its rightful power and authority, leading at times to violent conflict, but the ‘battle’ between the St Augustine’s monks and the city dignitaries at St Lawrence’s Hospital in 1436 will have to wait for another occasion.