Is it time to make peace with voices?

Rufus May tries talking talking respectfully to our demons

A woman I know hears voices.  She approached me for help because she was finding one of them very distressing. Angry and aggressive, it claimed to be a demon.  We decided to use the Talking with Voices approach described Dirk Corstens and colleagues. This involves a supporter having a conversation with the voice or voices, mediated by the voice hearer. The aim is to support people to begin to dialogue themselves with the voices and to build a better relationship with them.

A BBC World Service journalist expressed interest in this approach, and we agreed to demonstrate it to her.  I asked the woman to ask questions to the voice and to pass on the replies. Towards the end of the demonstration, the journalist suggested that I ask whether the voice had a message for the people listening to the programme around the world.  At first the ‘demon’ laughed and said he could talk to people around the world anytime he wanted to. But I suggested that he might reach a different audience in the BBC World Service listeners. Then the woman looked surprised and said that the voice’s message was for people to “respect all beings”. I wondered whether this might be a key message from the voice for all of us, namely that respectful dialogue is the way forward if we want to reduce conflict in our lives.

Voice hearing has a bad name in our culture. The media tend to focus on the occasional instance where someone diagnosed with psychosis does something violent in response to a suggestion or command from voices. Voice hearing seems to have become demonised, and voice hearers are regarded with suspicion.  As a result the dominant approach in mental health services is still to try to get rid of voices with medication and tell people to ignore them. If the person presents well, clinicians may not even believe that they are really hearing voices.

In our self-help group in Bradford, we believe everyone who says that they hear voices. When people first come to the group their priority is often finding ways to take some control, for example by shifting their attention onto other activities. Then we support people to find ways of being more assertive with their voices. Once people feel more confident, they are able to explore the meaning of their experience.  For many people this includes learning to talk and negotiate with their voices.

An example is Julie (not her real name) who heard a critical and abusive voice. After the group I sat down with Julie and we asked the voice what he wanted. He said he wanted her to be more assertive.  Through the dialogue, the voice agreed to help Julie be more assertive if she consulted with him regularly.  Later Julie found that when she asked the voice for advice it was helpful, and supported her to stand up for her own needs in her relationships with others.

As with any peace talks, people fear that talking with the enemy will make the enemy stronger.  Some people worry that talking with voices will give them more power. However we’ve found that if people have a grounded support network which helps them negotiate with their voices, the voices to become less rather than more controlling. The Talking with Voices approach is about communities supporting people to engage constructively with voices. The aim is to help empower them in that relationship and to become more confident to engage in the social world.

Engaging with voices is also controversial in the therapy world. For example psychologist Neil Thomas argues that engaging with voices risks increasing their presence in the person’s life and is only beneficial if the voices are benign. Instead, he proposes acknowledging voices’ existence but disengaging from them.  I respectfully disagree. If somebody were to acknowledge me and then ignore me I would feel annoyed and disinclined to be cooperative.

At the same time, therapies are getting bolder at acknowledging the reality of voices. Avatar Therapy uses computer-based role play to encourage people to engage with their voices. Similarly, Relating Therapy helps people to develop assertiveness skills in relation to voices as well as in social relationships. Compassion Focused Therapy goes one step further and helps people build a compassionate self which can dialogue with their voices (see the film Compassion for Voices).

This week we’ve published the second edition of our Self Help Guide to Talking with Voices which gives more detail about the peace-making approach I’ve described here. We’ve also recently made fifteen short films about it.  We’ll be showcasing the approach together with compassion-focused approaches at a forthcoming event in London called Engaging with Voices. It takes place on 26th September and presenters will include voice hearers, therapists and also cutting edge film-makers who have documented this approach. Tickets are available here.

Hundreds of years of ignoring voices only seem to have made them more desperate and challenging. Is it time respectfully to invite them to the peace table?

Rufus May works as a clinical psychologist and manages the in-patient psychology service in Bolton, Lancashire. He is passionate about holistic and creative approaches to mental health problems. He has worked closely with Hearing Voices groups since 2001 and has been using the Talking with Voices approach since 2005. You can follow him on Twitter here.

For tickets for the Engaging with Voices event in London on 26th September go to https://www.eventbrite.co.uk/e/engaging-with-voices-tickets-63107186293 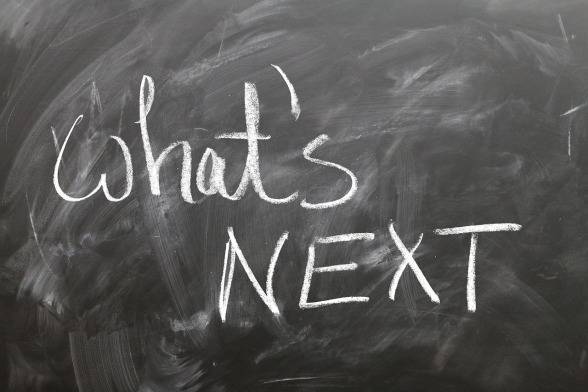 Podcast: Working so that people don’t need us anymore