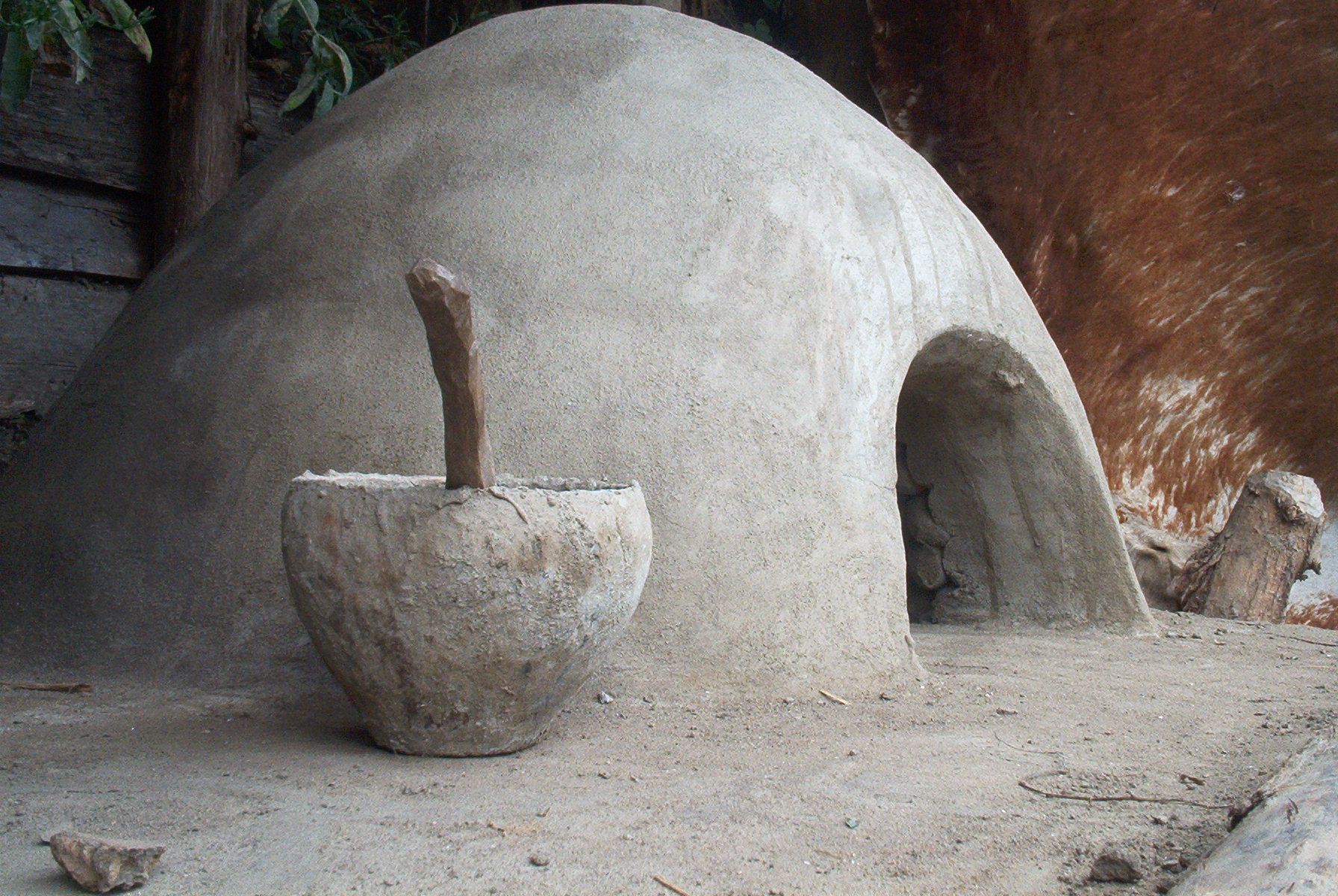 On the 9th of March, a group of fantastic volunteers joined the Edible Campus team at the Forest Garden to build a bread oven. This was part of the ‘Beer, Bread and Honey’ project; the beer, Green Chapel Ale, has been bottled, and the bees are busy working away in their hive, so the oven had been eagerly awaited.

The first stage was to create a smooth mold out of sand, for the clay mix to be formed on. Hannah and Kristian, two volunteers, created a perfectly smooth dome, while the others used a sheet of tarpaulin to combine the clay and sand, which, while being hard work, generated huge laughs and camaraderie.

A cup of tea and a hob nob later and it was time to build up the oven itself around the sand mold, which took no time at all with so many hands to help. After a fabulous day of exercise and fresh air with friends, we headed to the Foundry Brew Pub for a bite to eat and time to chat and wind down.

The next stage is to fire the oven up! On the 27th of April at 1.30pm, outside Maxwell Davies, bring your own dough for bread or pizza, toppings and anything else you want to bake and join us for another exciting day!