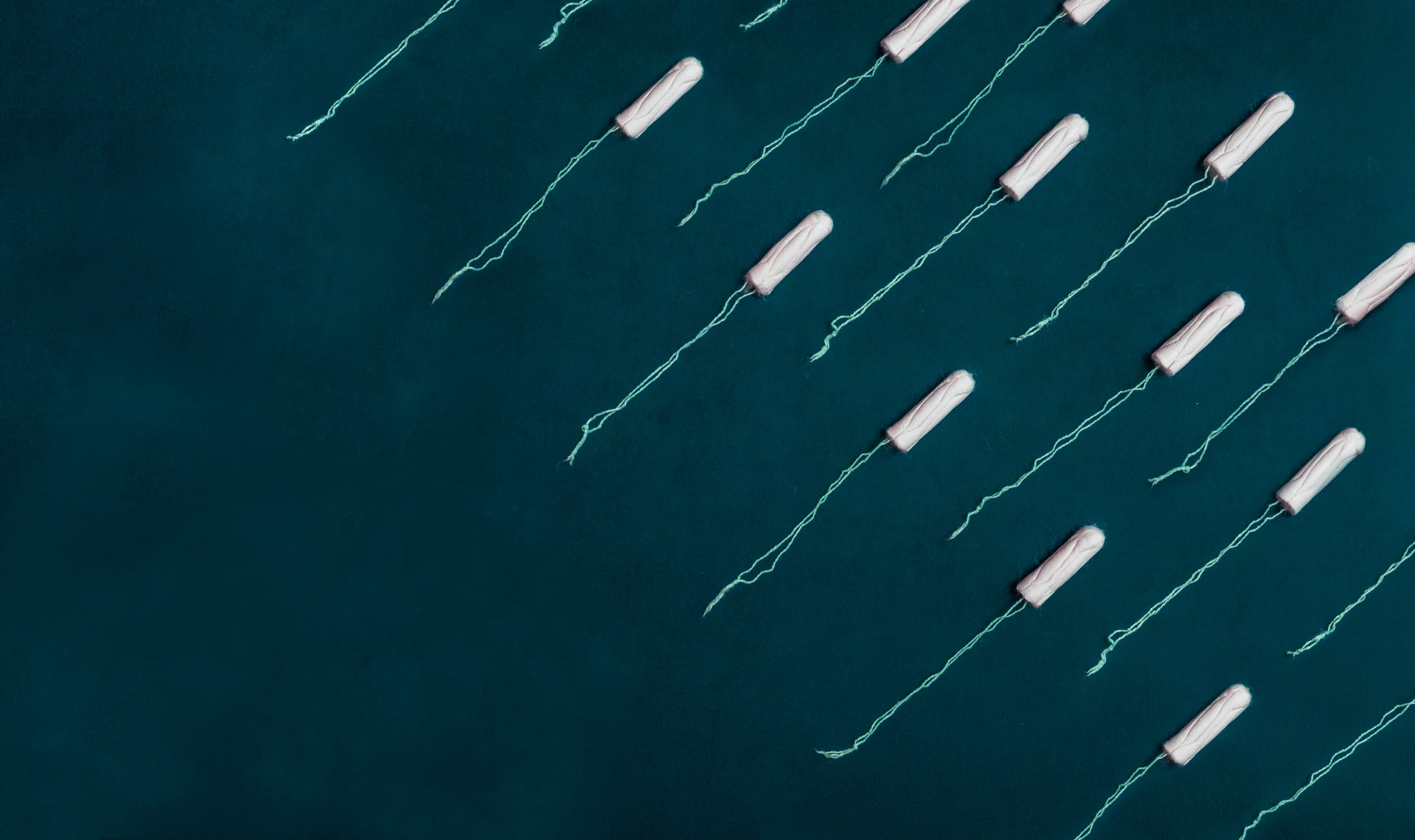 Take a moment and think about your last period.

For the sake of brevity, let’s say it was actually the mythical seven days long, start to finish. Maybe you used disposable pads, and for a medium flow period, got through 4 in a day. That’s 28 pads for the week; likely at least 2 packs. So, in a year, that’s 336 pads, or 28 packs. That’s 336 pads currently sitting in landfill, because that’s exactly where they end up. They’re not recyclable, they’re not compostable – the only thing you can do with a used menstrual product is throw it out.

And what makes things worse is that the average menstrual product will take 500 – 800 years to decompose in landfill.

It’s estimated that the average menstruater gets through 12,000 menstrual pads or tampons in their life (likely even more if we include post-menopausal incontinence). Let’s make this something you can picture.

If you’re buying packs of 20 at £5 a piece, you’ll be spending £3,000 over your lifetime on menstrual products.

You’ll be spending even more if you buy the seemingly-more affordable 12 packs.

So, what do you do about this? It’s one of those problems you never really saw coming. You were born, you were raised, you bought your packs of tampons when the time came along just like everyone else, and you didn’t really put much thought into why or what the effect of that action would be. Because, frankly, it’s a necessity. You were never not going to bleed.

Firstly, you might actually like the disposable menstrual product thing. Some people do. That’s fine. You’ve got options. One of them is OHNE, which sells plastic free and biodegradable disposable products. They’re also selling period pants, but more on that later. Another option is DAME, which specialises in eco-friendly tampons made with reusable applicators and organic cotton – that means 88% less water is used than in non-organic cotton. These options mean that if you’re still sending your waste to the landfill, it’ll degrade a lot faster, but it also means they’re compostable.

If you’re looking for less wasteful alternatives, however, there are plenty. Reusable period products have grown in popularity over the last few years, and while I’ve yet to see a reusable tampon – although DAME has a reusable applicator – reusable pads are becoming commonplace. Cariona, Floweret and The Eco Woman all provide pads made from – usually organic – fabric, with companies like The Bamboo Pillow going further with organic sanitary products made from bamboo.

Diva and Mooncups, too, are reusable – to save you from that excess waste – and can be found in more sustainable alternatives than those you might find in your local pharmacy.

Then there’s period pants. There are two types: one that is made with a slot to hold your menstrual pad (originally created by PantyProp), and the more common design, underwear that absorbs the blood and doesn’t need to be protected by a tampon or pad. This latter type has been growing in popularity in recent years, although it was originally invented in the 60s and dubbed as a “protective petticoat”. More recently, they made it big through companies like Dear Kate, which aims to help with leakage, and THINX, with underwear that aims to replace tampons altogether. The latter is even part of the Products Made Better program.

So, options. And plenty of them. Ones that will both help the environment and help you spend less on your monthly necessities.

Personally, I have a small collection of mixed-brand reusable pads in different sizes that I can subsidize with OHNE’s subscription service of biodegradables when needed – but even that took some time to acquire due to the price.

The answers aren’t perfect, but they never are – you do what you can, when you can, and you’ll hopefully come out the other side doing just that little bit better for the planet you live on.

If you’re interested in learning more, here’s your further reading:

In part two, we’ll talk period poverty and the limited access people have around the globe to sanitary products.