In-depth: Relative Deprivation and Social Identity Theory as Antecedents of the 2014 NHS Strike.

In-depth: Relative Deprivation and Social Identity Theory as Antecedents of the 2014 NHS Strike. 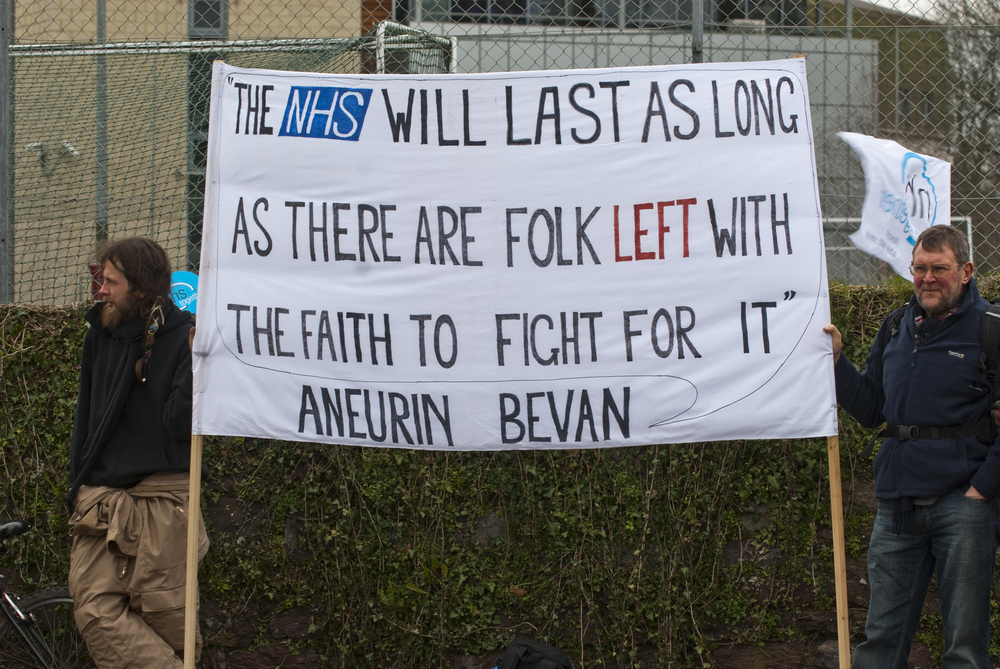 Summer Hubble is a third-year psychology undergraduate. As part of her module on intergroup conflict, she looked into the October 2014 NHS strike.

On 13th October 2014 NHS staff including nurses, midwives and paramedics took part in a four hour strike over pay (Triggle, 2014a). Six trade unions took part with a total of 410,480 union members in England and Northern Ireland potentially striking. The strike was in protest to the refusal of a 1% increase in pay. However, Health Secretary Jeremy Hunt stated that the proposed increase would result in the loss of 4,000 nurses in the year 2015 and 10,000 nurses in the year 2016 (BBC News Health, 2014). I’d like to examine two social-psychological theories, relative deprivation and social identity theory, in explaining the antecedents for this conflict.

Relative Deprivation (RD) was first proposed by Stouffer et al. in 1949 (Stouffer et al., 1949; as cited in Walker & Smith, 2002). The theory states that if an individual (egoistic RD) or group (fraternal RD) believes they do not have what they deserve in comparison to other groups there will be feelings of anger and resentment (Smith, Pettigrew, Pippin, & Bialosiewicz, 2011). This process occurs in three stages. The first stage is a comparison, the second is a cognitive appraisal leading to the perception that the individual or group is at a disadvantage and the third is the assessment that this disadvantage is unfair. This assessment of fairness is important as an individual or group can be disadvantaged compared to another and perceive it as just, in which case RD does not occur. Walker and Smith (2002) state that “people’s reactions to objective circumstances depend on their subjective comparisons” (p.1).

In the case of the NHS strike, the staff felt that they were disadvantaged in terms of pay compared to the rate of inflation, which was 2% when talks began and 1.2% in September, just before the strike. Cathy Warwick, Chief Executive of the Royal College of Midwives, clearly demonstrated that the experience of RD had occurred, as she stated, “it feels to a great many people, including midwives, that there is one rule for them [MPs] and another rule for everybody else” (Triggle, 2014a, para. 31). This remark refers to the pay rise of 11.5% for MP’s, which was quoted by Peter Carter, General Secretary of the Royal Collage of Nursing (Triggle, 2014b). Prof. Warwick also stated, “at a time when MPs are set for a 10% pay hike, we’re told that midwives don’t deserve even a below-inflation 1% rise” (Triggle, 2014a, para. 30). This statement demonstrates one of the six preconditions for RD, as proposed by Crosby (1976; as cited in Sweeney, McFarlin & Inderrieden, 1990). Crosby’s (1976; as cited in Sweeney et al., 1990) model of RD has been used by many researchers in organisational behaviour and been found to have many of the same subjective predictors as does satisfaction with income (Sweeney et al., 1990).

Sweeney, McFarlin and Inderrieden (1990) conducted four studies to further investigate if Crosby’s (1976; as cited in Sweeney et al., 1990) preconditions for RD are useful for explaining pay satisfaction. They found empirical evidence in support of this hypothesis and note that social comparisons of similar others are particularly important. This can be seen in the case of the NHS strike, as further to the pay discrepancy between NHS staff and MPs (Triggle, 2014b, para. 13):

data obtained under the Freedom of Information Act by the RCN shows that the amount spent on executive directors, who sit on the boards of NHS trusts, has grown by an average of 6.1% in the last two years compared to the 1.6% extra nurses, health visitors and midwives have got.

Social identity theory (SIT) could also have played a part as an antecedent for the conflict. SIT states that part of the self-concept is defined by the social groups individuals belong to (Trepte, 2006). Tajfel (1979; as cited in Trepte, 2006) suggested four underlying principles of SIT. These are social categorisation, social comparison, social identity and self-esteem. Social categorisation is a cognitive tool to help us make sense of our surroundings; however, the mere categorisation of social groups is enough to create a bias for one’s own group (Billig & Tajfel, 1973; Tajfel & Billig, 1974; Tajfel et al., 1971; as cited in Gaertner & Insko, 2000). Social comparison between one’s own group and other groups then occurs and social identity is formed from this (Trepte, 2006). An individual’s aim is to achieve positive social identity, which also leads to in-group favouritism (Brown, 2000) and competition for a higher status position in the social order (Brown, 2000; Hogg, Terry & White, 1995).

There is much research into social identity within organisations (Haslam, van Knippenberg, Platow & Ellemers, 2003). Ashforth and Mael (1989) explain that an individual’s social identity may derive from the organisation they belong to, their work group, department, union or even lunch group. Although there is little published evidence specifically on the social identity of NHS workers, research has found that they fit with existing literature on organisational social identity (Edwards, 2003). Edwards (2003) conducted a case study and discovered identification with the NHS is mediated by the support it provides for employees and the distinctiveness and attractiveness of the NHS as a place to work. Lancaster Patient Safety Research Unit conducted an analysis of social identity within healthcare workers and found the notion of being part of a team to be emphasised greatly by participants. They conclude that the healthcare professionals in their study reported strong identification with groups within their workplace.

When balloted regarding their opinions on striking, “some 68% [of Unison members] voted in favour of a strike and 88% for industrial action short of a strike” (Triggle, 2014c, para. 10) and “more than 94% of midwives and maternity support workers taking part in a consultation said they would consider strike action” (Gallagher, 2014). These majority votes demonstrate a group norm within NHS workers, which is a thought, feeling or behaviour shared within a group. SIT states that group norms define the group and become internalised for the individual group members so that they actually influence behaviour (Hogg & Reid, 2006). These majority votes for strike action are an example of when this group behaviour is driven towards gaining a better position in the social order, as SIT predicts (Brown, 2000; Hogg, Terry & White, 1995).

Overall, there are two theories from social psychology which explain the reason for the conflict that arose from the dispute over pay. The first and most prominent theory is relative deprivation. Relative deprivation states that conflict arises when a group feels they are unfairly disadvantaged compared to another group (Stouffer et al., 1949; as cited in Walker & Smith, 2002; Smith, Pettigrew, Pippin, & Bialosiewicz, 2011).The NHS staff felt they deserved a 1% pay increase, however despite the 11.5% pay increase MP’s received (Triggle, 2014b), this request was rejected by the Department of Health. The second social-psychological theory that can explain the strike is social identity theory. Social identity theory states that the self-concept is defined by the groups individuals belong to (Trepte, 2006). NHS workers have a social identity (Edwards, 2003) and group norms which shape behaviour (Hogg & Reid, 2006). By striking the staff engaged in competition for a higher social position and a more positive identity, as predicted by social identity theory (Brown, 2000; Hogg et al., 1995).