Dogs in the Courtroom?

Dogs in the Courtroom? 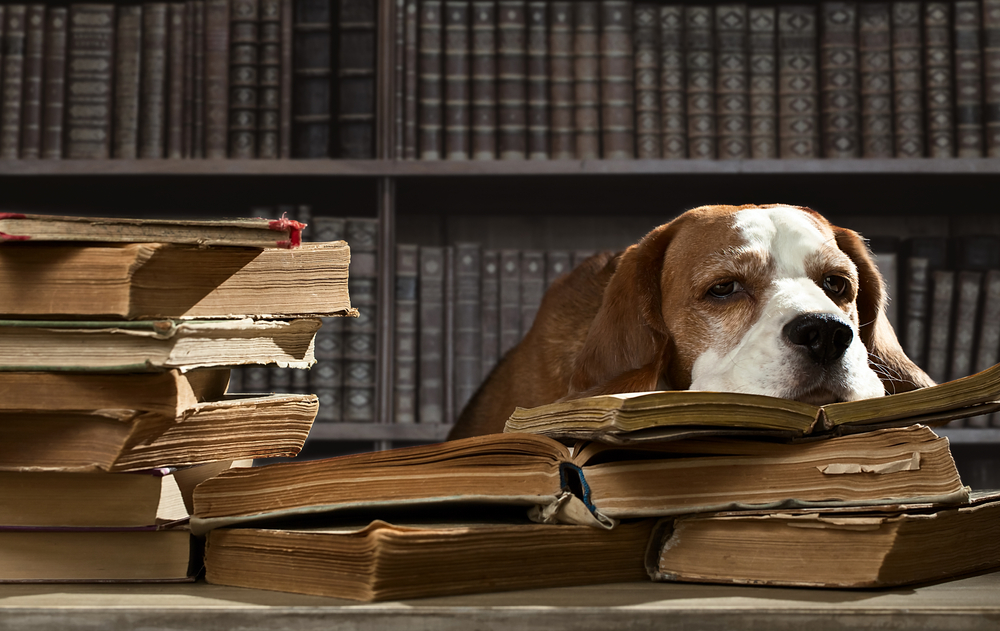 It’s everyone’s worst nightmare. A horror movie come true. You’re the victim of a serious crime. Your world turns upside down; your body trembles in fear, your mind stunned with fright. Physically, mentally and wholeheartedly overwhelmed, you drop to the floor and cry out ‘Why me?’ Whilst the shock of the ordeal is still in the forefront of your mind and your whole body still imprisoned by terrorized fear, you are asked by prosecutors to relive the experience that completely paralyses your core; even worse, you are asked to recount the event in a courtroom of strangers. Emotionally destroyed, you look over and see your attacker staring at you, the defence counsel pressuring you to hurry up your testimony. You close your eyes, take a deep breath and tell yourself, ‘I don’t know if I can do this.’

Now imagine the same situation, but this time, as you are asked by prosecutors to provide a detailed account of your nightmare, a special dog rests at your feet in the courtroom. The same dog waited with you outside the courtroom as you prepared to testify – walked by your side as you made your way to the witness stand – stands beside you when the jury makes their verdict – and accompanies you when the court hands down their sentence. At each stage of the ordeal you look down at your four-legged friend, stroke his soft fur, gaze into his warm brown eyes and feel the reassuring weight of his head resting on your foot. You feel calm knowing that your friend is there for you, providing you the strength to get through your nightmare.

Whilst this scenario is merely an example of what could happen if the UK court system allowed the use of trained dogs in the courtroom, it opens up the potential for alternative forms of support in courtrooms around the country. This idea may be new to the UK but it has been successfully implemented in a number of States across America.

Advocates from the Courthouse Dogs Foundation (2015) in America proclaim that when a person is reliving a traumatic event, they experience physiological reactions similar to what they had when the event was taking place, so involving dogs to support these victims during this ordeal is a type of therapeutic jurisprudence that helps to calm and support many victims. Stephens (2011) pointed out that, typically, the victim simply holds the leash in their hands, which provides a sense of control for them, or they might bend down occasionally to stroke the dog’s head, which often provides comfort. Uncontestably, studies (e.g., Sandoval, 2010) have confirmed that animate touch (e.g., holding a dogs leash or petting a dog while testifying) often leads to a psychological sense of well being, decreased anxiety, lowered heart rate, increased speech and memory functions, and heightened mental clarity.

Along with supporters arguing that the use of service dogs in the courtroom can be very useful in helping reduce stress to emotionally traumatized witnesses. More recently, it has been contended that the use of dogs in the courtroom can further aid in securing more witness testimony, as victims who may otherwise refuse to testify due to the stress of the ordeal are being provided with more support and comfort than before. This could ultimately lead to a boom in the criminal justice system, as more criminals could be brought to justice (Dellinger, 2009).

Despite the growing success in America of using dogs in the courtroom, it is an area that has not been heavily explored within the UK. The question as to why remains uncertain to me. In my opinion, if dogs have been shown to provide comfort to victims, reduce their stress and make them calmer in a legal system that is a direct descended of the English courts, then surly this is something we should consider within our own courts. Sure, opponents could argue that the presence of a dog assisting a witness in court prejudices the jury’s perception of the witness. The use of a dog may signal that the witness is frail and weak and result in undue jury sympathy that then interferes with the defendant’s right to a fair trial. But courts could counter argue that historically witnesses have always been entitled to comfort items when providing evidence, from blankets and dolls to relatives and support advocates. A dog in the courtroom can simply be viewed as another comfort item.

The law is not and should not be static. The proof is always in the pudding and in this instance it is clear that court service dogs provide important benefits to both the prosecution and defence. The courts in America have already recognised this and its time that the UK, at the very least, explore the benefits of allowing the use of service dogs for emotionally traumatized witnesses.