Accelerating the possibilities of a post-capitalist world.

Accelerating the possibilities of a post-capitalist world. 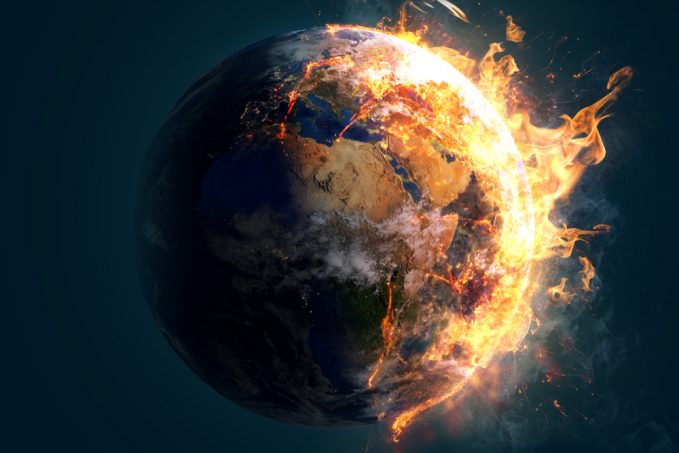 Professor David Bates considers the implications of the accelerating effects of Covid-19 for right and left wing politics.

I have noticed a great deal of reference recently to the accelerating effects of Covid-19. Tendencies and potentials nascent in our capitalist economies and societies are now being brought to the fore – turbocharged as it were.

But it often feels like we are accelerating towards a future unknown. Capitalist economies are driven by a dynamic of constant change, upheaval and reinvention. Yet never before has the future appeared to us so uncertain, and to be honest, so frightening.

Now it is the case that there are some clear tendencies and trajectories, which are particularly acute in contemporary capitalist economies. The tendency for economies to reduce the costs of labour power through the discipline of ‘flexible specialisation’ is one. And the tendency of the relative gap between the rich and poor to increase is another. It is clear to see how Covid-19 presents many welcome opportunities for right-wing accelerationists. Industrial jobs can be rapidly cut, without any real chance of them being replaced. Racial hatred can be stoked, and people of colour can be demonised (abjected) as the carriers of disease. Or Donald Trump can stand on the White House steps and refer to the ‘China Plague’, and thus fan the flames of his trade war.

Whilst people are focused on these imaginary enemy communities, those with power can restructure the economy in ways which benefit the rich at the expense of the poor. For the so-called free market is freer for some than others!

But what about the situation of the left? The liberal left find themselves fighting on a territory already established by the accelerationist right, a territory characterised by a violence of antagonistic and incommensurable identities and differences. Left accelerationists find themselves passive in the face of a technological determinism captured by the right. Any suggestion that technology can be redirected is seen as unrealistic. For the right, the rational is always the real. And any attempt to wait and allow the technology to do the work is inevitably viewed as passive and defeatist. But an effective left does need to seize the technological opportunities. And it needs to redirect the forces of a crisis towards a better future.

And this returns me to Covid-19. We see a number of interesting technological and ideological counter-tendencies in process. First, an accelerated tendency – at least in knowledge work – to shift the productive process away from the office as factory (though dashboards and other forms of surveillance become a way of re-establishing control, whilst reducing production costs), and hence to facilitate spaces of worker autonomy. Second, a recognition that we are reliant not on bankers but on poorly paid, yet socially minded, health workers – often recruited from BAME communities – to save the lives of our loved ones. Third, that an effective vaccine is only likely to come through international cooperative endeavour, largely enabled by publicly funded research. Here intellectual property law acts as a barrier – not an enabler – of such cooperation.

But these tendencies are in no way determinate; the left must seize control of them. For applying the brake is not a viable option!

One thought on “Accelerating the possibilities of a post-capitalist world”

Kehinde Abolarin (Scholarship PhD student) has been blogging about how the pandemic is affecting the balance among the Great Powers. Read more here https://t.co/IbzE2IDyRE
h J R

@CanterburyCCUni: This weekend 📢 join us at our undergraduate virtual open day to find out what makes Christ Church such a great place to study. Book now > https://t.co/qY6gL4QCeP
h J R

@AaliyahFooks Congratulations! Have a lovely summer and we will see you again in September!!
h J R
Follow @CCCUPoliticsIR