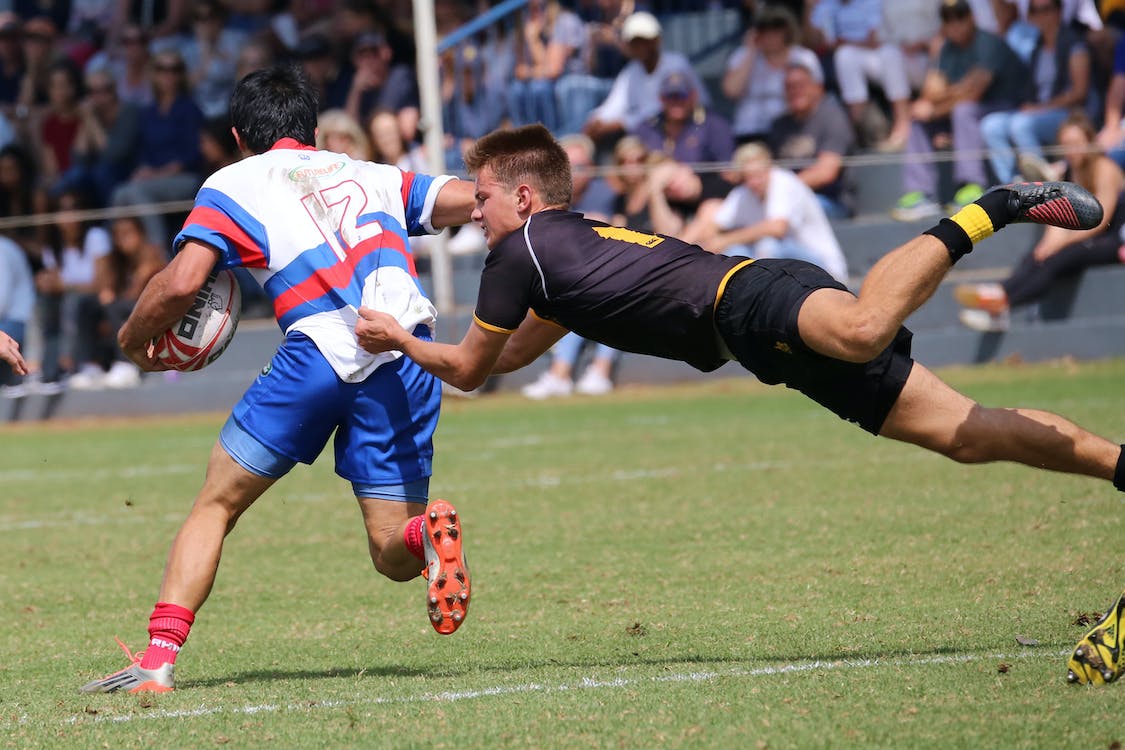 How engineers tackle injuries in rugby
by Adil Imam

What would be your answer if I ask you to describe the sport of Rugby?

From experience, for a non-avid rugby fan, as am I, it usually falls along the following words:

‘Large-bodied’ ‘male athletes’ ‘running into/fighting’ each other trying to catch an ‘egg-shaped ball’.

And if I asked you to predict the injuries these athletes suffer, the replies I get are fractures, dislocations, concussions, and other gruesome medical terms. We have seen players wearing gear to try and protect themselves, but what if I told you that the body padding worn is not designed for the above-mentioned injuries?

World Rugby, the governing body for the sport of Rugby union, states that body padding is only designed to only reduce the risk of injuries such as…Cuts and abrasion.

Well, one way is to test on humans (which no ethics committee would allow) or test on cadavers, which are hard to obtain and varied depending on a lot of parameters: age, body structure, location and so forth. Also, you could only test it for a limited number of impacts, making it not repeatable and not a scientifically rigorous method. So how do we solve it?

Well, it was a team effort, a team at the University of Sheffield looked at developing materials which would mimic the human skin, muscle, and fat layer. My research, along with my team at Manchester Metropolitan University looked at creating a finite element model – which is a computer-based model of the shoulder replica structure generated. Using this model and novel engineering techniques, we can now simulate instances which mimic the impact between human skin and objects which may cause cuts and abrasions, like the stud.

Using a computer model allows us to test injury scenarios in a repeatable environment in a controlled manner. The model also allows a manufacturer to test their future designs virtually without having to make a physical product. The model developed has been validated against test data and has been used to suggest changes to World Rugby’s body padding performance specification.

Even though there is a lot of research happening in the field of sports engineering, there are research questions that still need to be answered. With all that talk about body padding, we still need to assess injuries to breasts and how to protect them. What about headgear? Does it really protect against concussions? That’s a whole other blog for some other day.

If you are interested in engineering in sports, look at our BEng General Engineering course at CCCU, where you can learn different engineering techniques that can be applied to sports (which I enjoy) or any field you want.