Politics and IR Graduates – Where are they now? John Smith, Civil Service

Politics and IR Graduates – Where are they now? John Smith, Civil Service 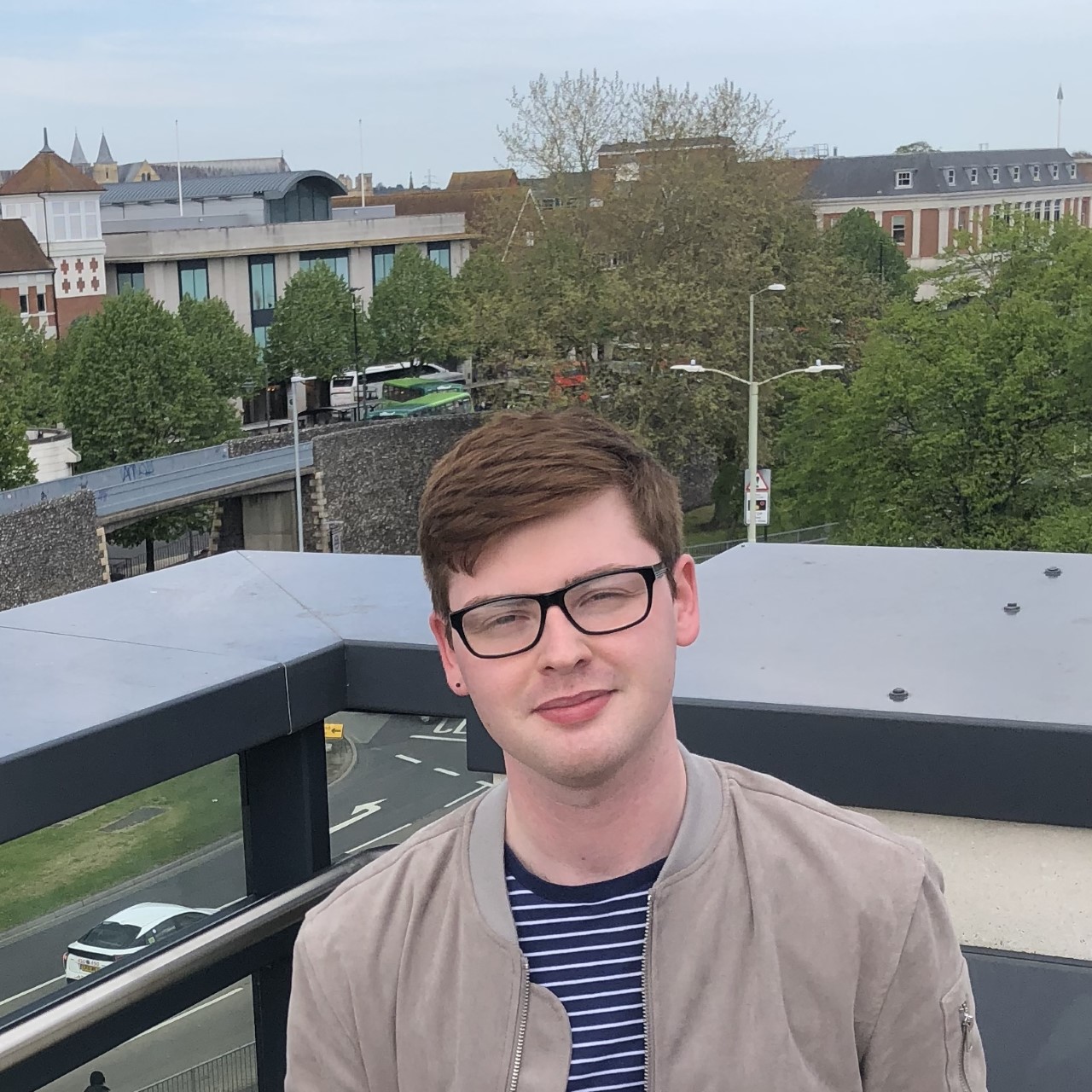 Coming to University wasn’t a clear process for John. A mix-up with his A level entries meant that he was only able to sit for two instead of three subjects, facing him with the prospect of an additional year of A level study before he could apply.  But, through Clearing, John was able to secure a place at Christ Church in the year he had originally intended.  He studied International Relations and absolutely loved it.

Immediately after graduating from his undergraduate course in 2018, John went on to do a Masters in International Law and International Relations at Kent. Passionate about research, he wanted to continue on to a PhD, but wasn’t able to secure a studentship whilst juggling work and finishing his LLM.  He found himself applying for jobs towards the very end of his course.  “I think I was in a bit of denial about my student life coming to an end”, he jokes.  Nevertheless, John was soon successful in securing a post as a Commissioning Graduate Trainee with Kent County Council.  “They really emphasised staff learning and development”, says John.  He found himself with a senior-level mentor, a buddy and undergoing a lot of training. Working closely with Corporate Directors and other senior officials on a Kent-wide approach to commissioning children services between the Local Authority and the NHS, John certainly needed to get up to speed fast.

John enjoyed policy development, so when in 2020 a friend sent him details of a job vacancy in the Civil Service, he decided to apply. Although not immediately successful for the post, John was put on a reserve list and, just a couple of weeks later, received a call asking if he would like to interview for a new team working on the Government response to Covid.  John joined the Social Distancing Strategy Directorate in January of 2021, work which involves engaging with Departments across Government on developing policies for non-pharmaceutical interventions for the general public.

Due to the rapidly changing situation, the work is faced paced with some long hours, but John loves what he is doing.  He was always clear that he wanted to work in the public sector.  “I want to do something for people, and give back”, he says.  He believes that his experience at Christ Church helped prepare him for his current role.  “I got a lot from Christ Church”, he says. “The tutors really challenged our critical thinking.  Although I was always someone with an opinion, University developed my confidence in expressing it.  This is really important in the public service where I often have to articulate my view.”

Through his connection with Christ Church, John has also become a School Governor, after he responded to a call to apply to Governors for Schools, put out by the Alumni Relations Team.  He is now the Lead Safeguarding Governor at the school where he volunteers. “It’s helped me develop a lot of skills”, says John, “particularly working in a school during Covid.  Working as a Governor really does help you think strategically because your role is to have an overview of what is going on, not to be operational.”

So what will life after Covid look like for John? With a permanent contact in the Civil Service, it is likely that another policy role will beckon. And John hasn’t given up the idea of returning to academia at some point to do his PhD, hoping that work will actually help him to hone his ideas for a research project.  Maybe we will see him back at Christ Church!

John was speaking to Kate Chesterman, Alumni Relations Manager at CCCU. For more information about how to stay connected after graduation, please visit our Alumni Hub.

Congratulations to all those involved especially our Tate Exchange partners. A big congratulations to Professor David Bates and Dr Thomas Sharkey. And a big thanks to Valleys Kids (Rhondda Valley), and Astor College, Dover @tateexchange_ @ValleysKids @AstorCollege (2/2)
h J R