Misogyny in Parliament: Has anything changed in the past century?.

Misogyny in Parliament: Has anything changed in the past century?. 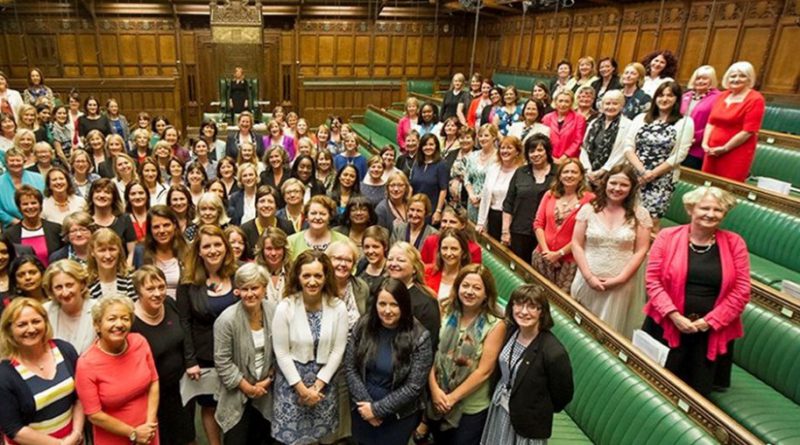 It’s been over 100 years since women gained suffrage and the 2019 General Election saw more women being elected to the House of Commons than ever before… but sexism is still rife within the UK parliament.

Historically, the biggest barrier women have faced in regards to their role in parliament is getting in the front door. Those who rile against All Women Shortlists (AWS) and argue for more meritocratic approaches to gain greater representation, fail to acknowledge that 34% of women MP’s is simply not representative of the greater population. Despite campaigns run by the Conservative party such as Women2Win which seeks to use their meritocratic model to increase representation; they only delivered 87 out 365 women MP’s in the last general election. In contrast, the Labour Party, who do use AWS have managed to achieve 51% female representation in the Parliamentary Labour Party.

However, the misogyny that women are subject to in parliament is not limited to “getting in” but surrounds all aspects of the job, which despite some reform, has proven futile. Helena Kennedy QC, a Labour peer, put it well in saying “Deeply held attitudes of entitlement and misogyny persist because our patriarchal culture is so deeply ingrained”.

Women MP’s, once elected also face staggering levels of abuse and objectification compared to their male colleagues. The media obsess over their clothing and appearance as opposed to their professional performance.

The last election saw an increased amount of women stand down from their roles as MP’s, with many of them stating the toxic environment and regular abuse they received was a factor in their decision. One public figure stands out when thinking about women who face abuse in parliament, and that is the first BAME women to be elected to the commons, Diane Abbot. Diane Abbot received 45% of all twitter abuse towards female MP’s in the six weeks prior to the 2017 general election. The abuse Abbot has received, including death and rape threats are representative of a wider intersectional issue on the treatment of women, particularly women with multiple oppressed identities.

This vile treatment of women in politics is not limited to the online abuse they receive, evident by Heidi Allen’s instillation of panic alarms but furthermore the murder of Jo Cox – the most horrendous example in British political history. The sexist treatment of women encompasses all forms of oppressive behaviour, including but not limited too, the aforementioned abuse, regular derogatory language and gross levels of sexual misconduct directed towards women. A report from 2018 showed that one in five individuals that work in parliament have been subject to sexual harassment, with a staggering majority of these individuals being women.

With these types of attitudes in our parliament, sexist language has become normalised and toxic masculinity runs through the veins of the political institution. In 2011, shortly after David Cameron became the Prime Minister, there was an incident in Prime Ministers Question Time where he told prominent Labour MP Angela Eagle to “calm down dear”. This clearly set the tone for the political discourse used during the Conservatives reign, particularly during the Brexit debate and other serious issues. This type of language, seeped in sexism, is something we can see from our current Prime Minister, Boris Johnson. Labour MP Paula Sheriff said she had received death threats following language Boris Johnson had used during the Brexit debates in parliament. In response to concerns raised by Labour MP Tracy Brabin, Johnson minimised the death of Jo Cox by suggesting the best way to honour her death was “to get Brexit done”.

When looking at Parliament as a sexist institution, it is not surprising that sexist policies are produced as a result. In 2018, Conservative MP Christopher Chope single handedly prevented a bill to criminalise up-skirting for spurious reasons which don’t effect women’s day to day life. In 2019, he did the same thing with criminalising female genital mutilation (FGM). Despite these abhorrent views he was still knighted by the Conservative Party. Rewarding politicians with honours and prestige is exactly how sexist attitudes in Parliament have become normalised. Chope faced no sanctions from the Tories over his actions.

It is clear that the UK parliament is still flooded with patriarchal norms that are sustaining the barriers that are in place for women in parliament. The institution is oppressive and whilst there are more women sitting in the House of Commons than ever before, keeping them there is proving difficult with such significant misogyny and sexism.

This blog was submitted as part of the assessment for Parliamentary Studies on 23 October 2020.