The Coronavirus Act: necessary evil, or abdication of Parliament’s duty to the people?.

The Coronavirus Act: necessary evil, or abdication of Parliament’s duty to the people?. 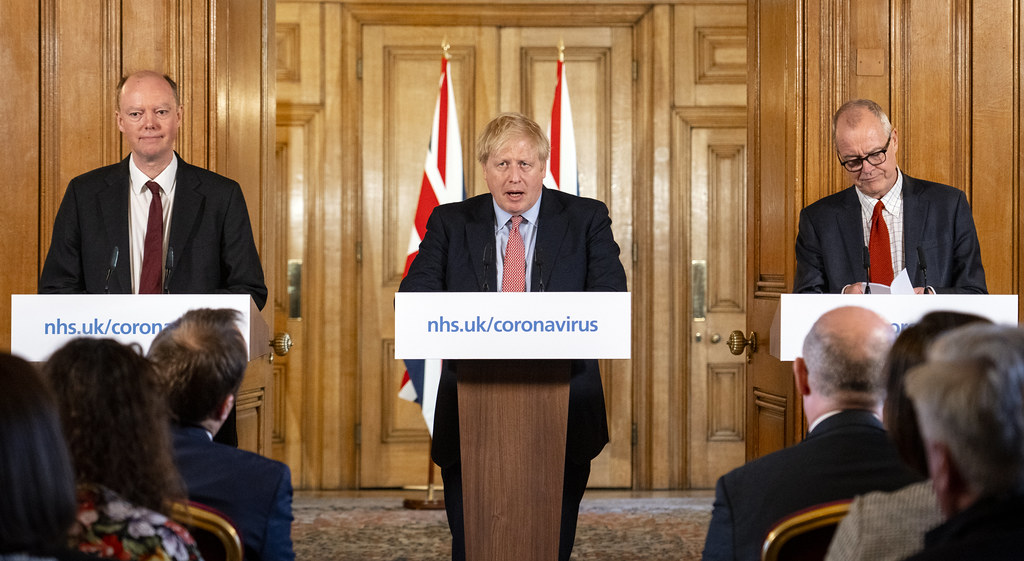 It is without question that the Coronavirus pandemic has had an unprecedented impact on the UK’s economy, identity and culture whilst also mercilessly taking people’s lives. The question is however, has the disease also taken with it parliamentary scrutiny and sovereignty even, in its path of destruction?

In March 2020 the pandemic was beginning to pick up speed;  with around 2,700 new cases being recorded per day, and 300 deaths (25th March). With various recommendations for dealing with the outbreak being made from all sides, the government decided on a path of restriction, with the enactment of a lockdown on 23rd March when Boris announced that we must all stay at home. This is the exact point where questions regarding Parliament’s role entered the picture.

In order to effectively implement the restrictions and reduce the transmission of the virus, the government felt it necessary to increase the speed of the decision-making process by passing enabling legislation. The purpose of this kind of legislation is to expand the areas over which the executive has direct control, that is, areas the government can control without parliamentary oversight. The enabling legislation emerged as a sort of omnibus bill, ominously named the ‘Coronavirus Act’.

The act is in many ways as far reaching and intrusive as the virus itself, with provisions for the government to interfere in a near endless list of matters. Nothing is held sacred, with everything up for grabs from extensions to the amount of time the state can hold your DNA, to the handling of human bodily remains. The level of intrusion is so great that it raises series questions around its legality on the international stage, with some elements of the act possibly committing rights violations when analysed by the European Court of Human Rights.

But what does this have to do with parliamentary scrutiny and sovereignty?

The primary purpose of Parliament is to provide representation to constituencies, to scrutinise the government, and to create and pass legislation. These are the criteria by which we decide if Parliament is working, and it is by these criteria that we can clearly see that Parliament has slipped into obscurity and been sidelined, reduced to a skeletal rubber-stamping unit.

The nature of the Act was clear to see when it was proposed, and yet in the frenzy generated by the fear of the disease, power slipped into the clutches of the unaccountable executive whilst liberty withered away. In the blink of an eye, the United Kingdom appeared to have morphed from an ordinary law-abiding democracy into a fevered autocracy. In the words of Lord Sumption “The executive, the government is all of a sudden really rather powerful and really rather unscrutinised”.

The Coronavirus Act itself was passed without any opposition of any kind in the House of Commons, before quickly passing through the Lords. Concerns were raised, but nothing hindered its passage in practice. The only semblance of concession was the government offering to review the legislation after 6 months. The Coronavirus Bill was hurried through all stages of the Commons (1st Reading, 2nd Reading, Committee, 3rd Reading) in a single day. Within another two it was through the Lords and given royal assent.

The impact of the Act is as devastating as anyone could have predicted. Going forward the government has directly displayed distain for the role of parliament as a scrutinising body by continually utilising the new powers to create secondary legislation, in the form of statutory instruments, while neglecting to provide Parliament with any notice prior to publication. This behaviour evoked the wrath of Speaker Lindsay Hoyle who publicly lambasted the government’s behaviour and made his concerns known.

The sprawling number of areas for which the government is now effectively solely responsible also has the effect of rendering the representative role of MPs null and void. How is it that an MP can provide representation, either by voting as their constituents will them, or using their own reason as in the Burkean sense, if they are quite simply unable to vote at all? The answer is they cannot. It might also be worth mentioning from a public service perspective that it seems highly dubious they are earning the right to their generous salaries either, since surely one cannot have their cake and eat it too…

The Coronavirus act has demonstrably stripped our Parliament until only a shell remains. The institution is becoming unrecognisable, and to see other examples of such a hollow legislature you have to look into the darkest depths and the starkest despotisms. The Chinese National People’s Congress similarly legislates only in name, or how about the Supreme People’s Assembly of the DPRK, strange bedfellows for the Mother of Parliaments indeed.

For Parliament to restore itself and perform its duty to the people it needs to take back control.

Take back control from this government.

This blog was submitted as part of the assessment for Parliamentary Studies on 23 October 2020. Parliamentary Studies is a third year module taught by Dr Paul Anderson. The module is designed to give students an insider perspective to the workings of Parliament and focuses on topics such as diversity and representation, the devolved legislatures, and the impacts of events such as Brexit and Covid on parliamentary processes. This year’s guest speakers have included Mark D’Arcy, the BBC’s Parliament correspondent, and former leader of the Scottish Labour Party, Kezia Dugdale.