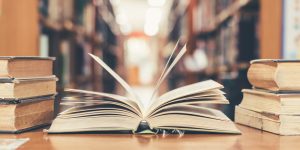 At the start of this academic year, the Politics and IR team sat down and thought about why one should study politics in 2019. In a time of crisis in all its forms and shapes – environmental, constituional, humanitarian, economic – each team member wrote their own response to the question yet their answers are univocal: now is exactly the time to study politics!

Dr Paul Anderson: “Bring it on!”

What a great time to study politics! Traditionally, the study of politics and international relations has been a fast-changing discipline, but recent events, both at home and on the wider international stage, illuminate just how quickly things can and have changed. From Brexit to Climate Change, Democratic Backsliding to Trump 2020, the study of politics has never been more exciting!

As a lecturer specialising in British and comparative politics, over the next few years it will be my job to help our students navigate the choppy waters and unchartered terrain of British politics in the twenty first century. Together, we will unravel both domestic and international political issues, asking important questions about the impact of Brexit on the UK’s constitutional and institutional architecture and the future direction of the UK on the world stage.

Studying a moving target, as has been the case for the last few years in terms of politics, is a challenge. Will Brexit happen? Will Corbyn become Prime Minister? Will Scotland become an independent country? Will the European Union survive? Will Trump be re-elected? Will North Korea democratise? Will there be a Game of Thrones TV sequel? Together – both students and lecturers – we will be at the forefront of these evolving and lively debates! Bring it on!

Professor David Bates: “Let’s blow away the fog of Brexit”

Do not despair! Politics in 2019 is about so much more than Brexit!

Yet, if our politicians and news media are to be believed, Brexit would seem to be the only political issue worthy of our attention. Be in no doubt, the moment of Brexit is a real crisis for the British (and indeed European) political ‘establishment’. And it will be a bigger crisis for those who have already lost out as a result of ‘austerity’. A no-deal Brexit would have a significant negative impact on the most vulnerable members of our society, whilst increasing dramatically the wealth of many of its supporters.

As students of politics we need also to see beyond this moment. We need to return to the fundamentals. As the political scientist Harold Laswell wrote, way back in 1936, politics concerns ‘Who gets what, when and how’.

As Professor of Contemporary Political thought, I tend to take a more holistic view than the one presented by our politicians and news media. I am also concerned to find out more about what goes on beneath the realm of appearances. In studying politics, I ask questions such as:

It is true that the Brexit moment shattered the illusion of the liberal consensus. Who now believes that a global free market capitalism is the best of all possible worlds? The EU was integral to this consensus, and should take its share of responsibility for the current mess.

Yet, the Brexit debate has distorted our political conversation. We need to recapture this conversation. Let’s blow away the fog of Brexit with a critical discussion of the big issues, issues of first principle.

What does it mean to study politics in 2019? I’d like to think that it is more than managing spikes in blood pressure every time the news headlines feature the word “extraordinary”. Throughout the last academic year politics lecturers around the country bemoaned the fact that they had to re-write their lectures not just in the days or hours directly before a lecture but sometimes in the middle of a lecture because things were changing so quickly. Crisis in all shapes and sizes – climate, constitutional, humanitarian – may dominate our headlines and our social media feeds, but it’s worth remembering that this generation of politics students are not the first to grapple with momentous change or existential fears at the start of a new semester. Studying politics in the autumn of 1939, 1968, 1989, 2001 or 2008 was just as challenging.

For me that challenge is the best thing about studying politics. The difference between enrolling to study politics at university rather than following current affairs as an informed citizen is learning how to step back from the rolling headlines and think about the bigger picture. What patterns can we see in the way events play out? Who wins and who loses when a political event gets framed as a problem, or a crisis or an emergency? Does that crisis look the same from both sides of the Atlantic, the Himalayas or the Equator? Will a person’s skin colour, bank credit rating, gender, religion or nationality put them at a greater or lesser risk? Under which circumstances – or indeed for whom – can an emergency become an opportunity? As an academic discipline politics has a host of theories and frameworks that we can apply to make sense of the seemingly nonsensical. If there is method to the ongoing madness then politics students will the ones to detect it. One thing is certain, we will not run out of material in the academic year 2019-20!

Lots going on in British politics this week watch out for our series of blogs. First Prof David Bates on the exit of Boris Johnson https://t.co/nhr3xlLaME
h J R
Follow @CCCUPoliticsIR