Conservative Party Conference: Take A Chance on May 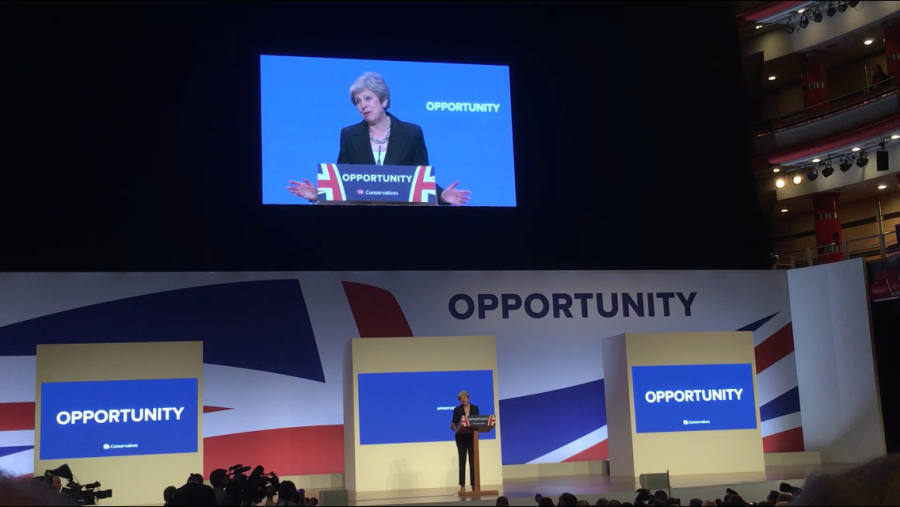 From our undergraduate student, Ellie Varley

With Brexit negotiations entering a crucial period, media coverage of the conference naturally focused on the heightened divisions across the Conservatives and their party members, especially in regards to Chequers. With little to no mention of Brexit, tensions grew over the first few days. And with an empty hall and packed fringe events, it became evident that party members were more focused on debating and discussing policy rather than listen to ministers give potential leadership bids in front of the cameras. These turbulent tensions came to a head on Tuesday with the arrival of Boris Johnson. The latter delivered a potentially damaging speech calling on the government to ‘Chuck Chequers,’ which was met with a sumptuous round of applause. Johnson also called for the party to back Theresa May, however, the Theresa May he mentions is not the Chequers Theresa May but the Lancaster house, ‘bloody difficult woman’ Theresa May and there is a clear difference between the two.

All seemed against Theresa May, as she danced her way onto the stage on the final day of the party conference to deliver a speech that would ultimately seek to bring the party behind her. Opening with a joke about last year’s conference speech disaster, she embarked on a career-saving speech, outlining that ‘Our best days lie ahead.’ Announcing new initiatives, including plans to charge foreign buyers a stamp duty surcharge, with the proceeds used to tackle homelessness, and aims to ban restaurants from taking a cut of staff tips. For a party so consumed by Brexit, there was little to no mention of the issue till around 20 minutes into the speech and, for the hard Brexiteers of the party, the Prime Minister gave nothing away about her plans to scrap chequers. To those outside the party, May’s speech may have had little impact but, to those in the hall and watching around the U.K., her speech made many regain confidence in the Prime Minister.

Away from the media and inside the conference bubble new movements were clear within the Conservative party this year, and a strong re-making of the party image with heavy emphasis on the parties achievements with social mobility and the promotion of gender equality in politics. This was most notable in Party Chairman Brandon Lewis’ opening speech, stating that ‘We can be proud of our record;’ referring to the election of two female Prime Ministers and them being the first party to appoint the first female Muslim into cabinet and appointing the first female Lord Chancellor.  Also included was the party’s success on policy for LGBTQ+ rights and preventing discrimination. Lewis continued to add that there was a record level of young people at the party conference. Attending the CPC as a young person, I was amazed to see so many other young faces and was made to feel welcome and important with a youth zone filled with companies, organisations, and panel discussions to help me to get the most out of conference. The Conservative party therefore sought to challenge the idea that young people automatically belong to the Labour party and, as Liz Truss put it, are ‘a bunch of Corbynistas.’