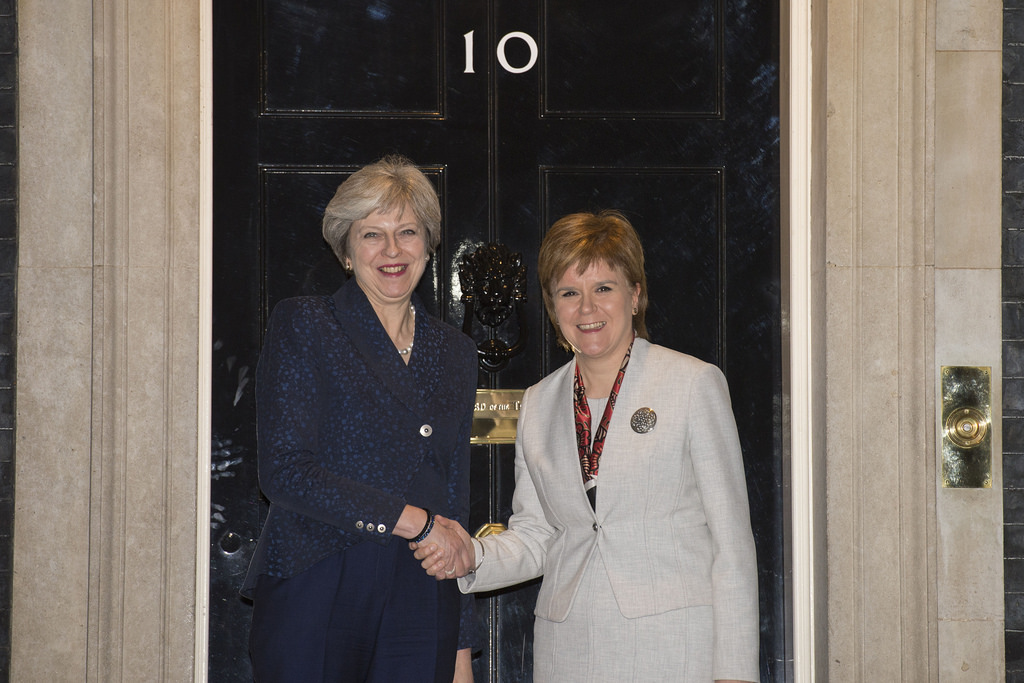 From Paul Anderson – PhD Candidate in Politics and International Relations.

Exactly four years ago today, voters in Scotland, myself included, took part in a referendum hailed a triumph for democracy. After an engaging, lively and vibrant campaign, the antithesis to what voters UK-wide experienced during the Brexit referendum, by a margin of 55 to 45 the Scottish Government’s vision for independence was rejected. In the aftermath of the vote, First Minister Alex Salmond resigned, but in a strange turn of events, the SNP’s membership sky-rocketed to become the third largest party in the UK  in terms of membership (now the second largest) and the party won 56 of the 59 seats reserved for Scotland at the 2015 General Election. The losing side of the referendum campaign had paradoxically become its biggest victors.

Fast forward two years and the then Prime Minister, David Cameron called another referendum: A vote on the UK’s membership of the EU. Polls had consistently shown a firm majority of Scots in favour of EU membership and all political parties in the Scottish Parliament campaigned in favour of retaining membership, including the Scottish Conservatives. As a result of such polling, the Scottish Government called for a double majority rule, which would require an affirmative vote in favour of EU withdrawal in all four nations (England, Northern Ireland, Scotland and Wales) for the result to be valid. In true majoritarian fashion, Cameron’s government rejected the call and in effect sowed the seeds of the constitutional crisis unfolding in the UK today.

62% of voters in Scotland and nearly 56% of voters in Northern Ireland rejected EU withdrawal, while 53% of voters in both England and Wales chose to Leave. In the aftermath of the vote and given the resounding vote in Scotland to Remain, the Scottish Government called for a special deal for Scotland, such as retaining EU membership or at the very least membership of the Single Market. Despite Theresa May’s rhetoric to seek to find a solution that worked for the whole UK, a special deal for Scotland was wholly rejected. As a consequence, Nicola Sturgeon, in a bold but unsurprising move, called for a second independence referendum. Theresa May rejected the call, albeit just for the time being, but the results of the snap general election in June 2017 in which the SNP lost 21 seats resulted in the independence option being placed back on the shelf.

With six months to go before the UK officially leaves the EU, the state of the UK’s territorial landscape remains in flux. After months of political wrangling, including a visit to the Supreme Court, the Welsh Assembly has given its approval to the UK Government’s EU Withdrawal Bill, but the Scottish Parliament remains unconvinced and has yet to follow suit. Brexit, however, poses problems for the constitutional visions of both the UK and Scottish governments.

The result of the EU referendum was framed as a golden opportunity for the Scottish government, an opportunity to spotlight the ‘democratic deficit’ whereby the wishes of voters in Scotland could be overturned by voters in England, and thus push for a second independence referendum. In reality, however, Brexit proves an intractable challenge for the Nationalist and independence movement. Support for independence has only rarely pushed above 50% and continues to remain around 45%. In addition to this, and perhaps more worryingly for the nationalist movement, the loss of support for the SNP at the 2017 election proved that linking the prospect of a second independence referendum with the possibility of retaining EU membership was an unpopular choice among some of the voters who voted yes in 2014 and supported the SNP in the 2015 election. Euroscepticism is not merely an English or Welsh phenomenon.

Brexit, however, is equally as damaging for the Union as it is for the independence movement. Voters in Scotland may not yet be convinced of the benefits of independence, but the UK government’s handling of the issue has further dented confidence in the Union and perhaps even wreaked irreparable damage. This become further stark when considering survey data from Northern Ireland from earlier this month which reveals a majority in favour of reunification if the UK leave the EU. The future of the Union remains in jeopardy.

In the 2014 independence campaign, pro-Union politicians, despite winning the vote, struggled to articulate a positive vision of the Union. Phrases such as ‘equal partner’ and ‘precious Union’ have been bandied around in recent years, but while the rhetoric may strike the right tone, the actions of the UK government betray a unitary understanding of the UK that undermines the fundamental principles of devolution. Antiquated notions of parliamentary sovereignty and concern for Conservative Party unity hitherto have characterised the debate on EU withdrawal. The big risk, however, is that these issues take precedence over maintaining and improving the 300 year old Union. The future of the Union, once again, remains in the balance and the UK’s once strong constitutional edifice is continuing to crack.