The Irish Border and Brexit 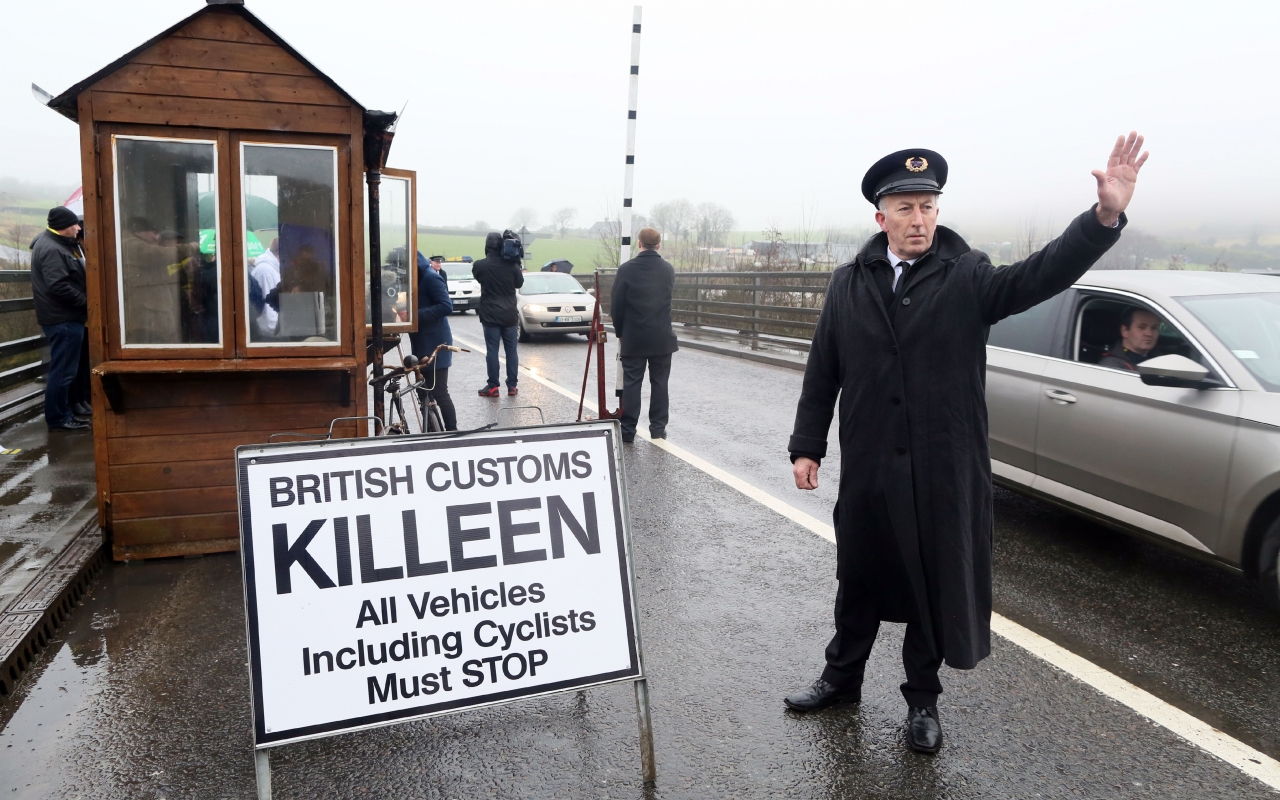 The Good Friday Agreement signed in April 1998 has achieved ‘twenty years of relative peace’ as well as ‘enhanced prosperity’. Brexit has the potential to fracture this agreement unless a robust solution is put into place that avoids any disruption to the peace process. Below are three options that have been suggested in order to avoid a hard border between Northern Ireland and the Republic:

1. UK remains in the customs union

This would mean that the UK would have to accept the flow of goods, services and regulations set by the EU whist leaving it without a seat at the negotiating table. This would arguably be leaving the UK in a worse position than it is being a EU member state, as it would require the UK to accept rules and regulations that it had no part in negotiating. This is something that would be hard for the government to float politically and would be immediately shunned by Brexiteers, as it would put restrictions on UK trade.

This would oversee the creation of a soft border between Northern Ireland and the Republic. This model is something that Brexiteers believe is achievable but in reality appears fairly unworkable, and is something that the EU has already referred to as ‘magical thinking’. Even if this option were technologically viable to implement there would still need to be cameras at the border, which has caused the police to worry that ‘that kind of infrastructure would be attacked’. In May this year Karen Bradley the Northern Ireland Secretary ‘reiterated the government’s pledge to have no new cameras at the Irish border after Brexit’ stating that any new infrastructure would represent a security risk.

3. A united Ireland, a border in the Irish Sea

This would effectively separate Northern Ireland from the UK, placing their economy under EU rule. This is something that the DUP are set against, so it is unlikely that it is something that Theresa May is likely to pursue herself as she lacks ‘the votes in parliament to go against that party’s wishes’. This proposal has been set out in a draft agreement by the Commission and referred to as their ‘backstop’ plan that will become effective unless a better agreement is established. This does avoid a hard border effectively as well as providing protections against British goods sneaking over the border, but Theresa May has stated that she will not reside over the break up of the UK.

These three options that have been suggested in order to avoid a hard border between Northern Ireland and the Republic each present their own difficulties and barriers to being politically and logistically viable. It is also worth noting that the Good Friday agreement requires ‘the secretary of state to trigger a border poll if it appears likely that a majority in Northern Ireland would vote to join the Republic of Ireland’, in December 2017 polls found that in the event of being faced with a hard Brexit 48% would vote for a united Ireland and remain inside the EU, with 45% stating that they would prefer to remain as part of the UK and leave the EU. In the event of this becoming a reality the confidence and supply agreement between the Conservative Party and the DUP would have crumbled, leading to their parliamentary collapse.

The Chequers deal looks to have made some key policy shifts that would move the UK towards a Norway style arrangement, a deal that would cover ‘at least part of the EU single market’. The proposed model of a “free trade area for goods” that sees the continuation of ‘existing regulatory and customs arrangement for manufacturing and agricultural products’, is not inclusive of services, something that does set alarm bells ringing when considering services cover 80% of the UK’s economy. This stance has already been viewed by some negotiators in the EU as unworkable due to the difficulty the UK will have in detaching services from goods. In spite of this the UK still views this stance as the solution to the Irish border problem and is included in the white paper, the most recent development from the government concerning the UK’s exit from the EU.

The paper sets out the need for a ‘principled Brexit’, stating that the UK is committed to ‘protecting the peace process and avoiding a hard border, safeguarding the constitutional and economic integrity of the UK’. In order to maintain a frictionless border the white paper sets out details for a free trade area for goods in order to protect the peace process as well as avoiding any harm being caused to the internal market of the UK. The UK’s proposal of a free trade area for goods states that jobs and livelihoods and will also ensure that there is ‘no requirement in any scenario for new permits for transport services between Northern Ireland and Ireland’.

John McGrane the director general for the British Irish Chamber of Commerce has echoed the EU’s concern with plan for the border that was initially set out at Chequers, stating that a goods only Brexit deal would be unworkable and would be ‘resisted by business leaders’. McGrane held that the separating of goods and services would be impractical as ‘goods do not exist in isolation’, as well as stating that ‘a goods only deal would not remove the need for an Irish border’ as this does not solve the freedom of movement of people across the border that impacts ‘EU citizen employees, tourism and communities’. This is also something that the EU will not look upon favourably as it is inclusive of an element of ‘cherry picking’ from the four freedoms, something that the EU will want to safeguard whatever the outcome.

It therefore looks as though the question of the Irish border may rumble on for some more time, and if the proposed plans in the white paper are unworkable then the most likely outcome will be the ‘backstop’, the fall back plan proposed by the EU. The questions of the Irish border has most definitely presented itself as a barrier to the Conservative party seeking a hard Brexit and going forward will require the cabinet to address the matter devoid of ‘creative ambiguity’ and ‘magical thinking’. If the Conservative party are unable to achieve this they run the risk of presiding over the disintegration of not only their own party, but also the disintegration of the UK, whilst throwing the peace process into disarray as a possible consequence.

Leary, P. (2018). There are Three Ways out of the Irish Border Impasse. All are Closed to Theresa May. Available: https://www.theguardian.com/commentisfree/2018/mar/01/irish-border-hard-theresa-may-brussels. Last accessed 12th July 2018.