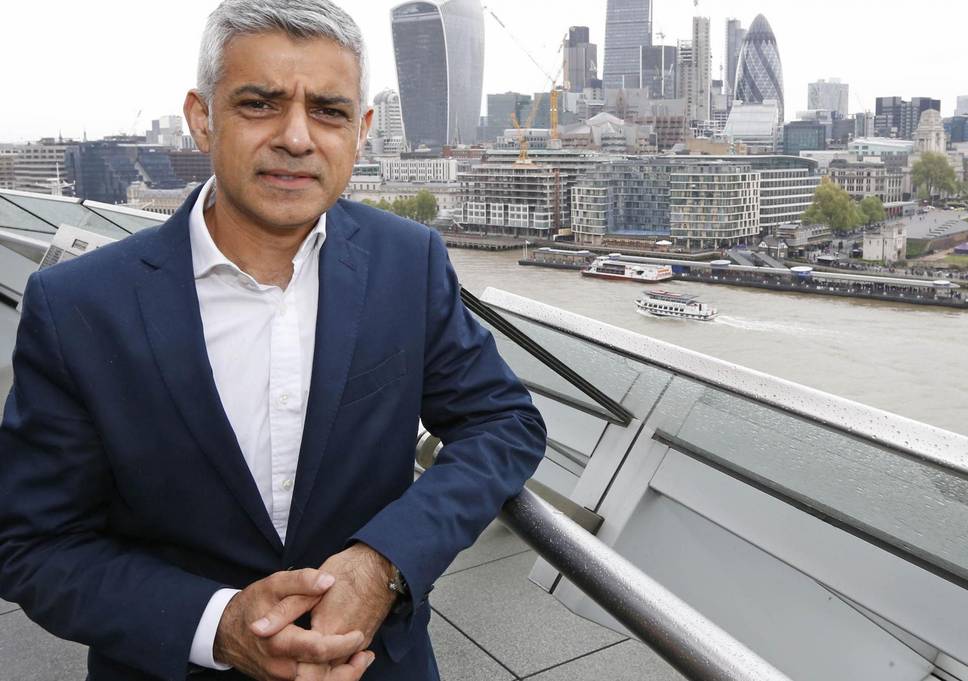 Much has been written about the local elections due to take place on Thursday of this week. Across the country, political parties are deploying their big guns and sending out members to wield clipboards on people’s doorsteps.  Letters have been stuffed, leaflets delivered and posters displayed. Whilst the local elections take place across much of the country (though not, of course, in our own county of Kent), much of the attention has focused on the London boroughs.Could Labour pull off major shocks and gain hold of councils such as Wandsworth and the City of Westminster, whilst retaining Hammersmith and Fulham (which they regained in 2014)? Would the loss of Wandsworth or Westminster mean a critical loss of faith in Theresa May’s shaky leadership of the Conservatives? Could the Liberal Democrats entrench themselves in the South-west of the city? With even Tory-favouring newspapers such as the Telegraph suggesting that the Conservative’s task is, at best, damage-limitation, London’s results are likely to receive much coverage this coming weekend.

Nevertheless, don’t let this political crystal-ball gazing distract you from another important date for London’s politics. This May marks the halfway-point in Sadiq Khan’s first term as the Mayor of London. Whether he will contest for a second term is not yet known (both of his predecessors did). However, he has already seen a tumult of activity and events which have led him to shape his mayoralty as both internationalist and distinct from the national government, at Westminster, which it eyes sceptically from down the river at Southwark.

It is worth remembering the tonal context surrounding Khan’s 2016 election win. Whilst the Tories divided daily over the EU Referendum and Labour dealt with recurrent claims of anti-Semitism (including from another, former, Mayor of London), the bid for London’s highest political office was itself mired in controversy. Khan, a former Shadow Cabinet member and the then-MP for Tooting, vied for the mayoralty with Boris Johnson’s “anointed” successor, Zac Goldsmith (MP for Richmond Park). Khan promised better air quality, a night-time Tube service and to better-resource community policing (including in relation to knife crime). By contrast, Goldsmith promised to freeze Council Tax (or, at least, the precept that went to the Greater London Authority), build 50,000-more affordable homes and ensure that all new taxis & delivery vans were electrically-powered.

These pledges, however, paled into insignificance when set against the rhetorical context of the election. Critics claimed that Goldsmith’s campaign had Islamophobic elements (after attempts to link Khan to Islamic extremists), whilst the Conservative replied by accusing Khan of ‘playing the race card’. In all, the bitter contest left Khan’s victory feeling all the more notable in its diversity and the electoral rhetoric itself was labelled ‘appalling’ by Sayeeda Warsi (a former Conservative Party Chairman).

Khan’s desire to highlight diversity and openness were, however, pushed further within the first two months of his time in office. A leading voice in the Remain campaign within the EU Referendum, he found himself the elected figurehead of a city that voted in favour of European membership by 59.9% to 40.1%. This was, however, insufficient to buck a national trend that saw the Leave vote triumph by 52% to 48%. Indeed, 7 London boroughs (including Lambeth, Hackney and Haringey) were amongst the top 10 areas to vote in favour of Remain and some even topped 75% in favour of continued European membership.

As a city, London has a population of approximately 8.5 million – bigger than Ireland, Denmark and Finland. Over 3 million of these residents were born abroad (with more than 1 million of these being European) and work primarily in the services sector (from the financial sector through to hotels & tourism). These service industries are London’s largest areas of economic growth and, were London to be an independent country, would give the city the European Union’s eighth-largest Gross Domestic Product. It’s not too surprising, therefore, that Khan moved to rapidly confront Brexit as his greatest immediate challenge.

Over the summer of 2016, Khan began his #LondonIsOpen campaign, designed to fit with the city’s annual Open House London Weekend. Using his presence on social media (which had been exploited throughout his election campaign), the Mayor aimed ‘…to show that London is united and open for business, and to the world, following the EU referendum.’ Khan used his position as the first Muslim mayor of a European capital to make a tilt for the mantle of progressive, left-of-centre, political leadership within the UK (at a time when Labour were embroiled in a bitter leadership contest).

Though #LondonIsOpen has now been superseded by other Brexit-related issues – including London’s reliance upon membership of the Single Market and concerns over future migration rules – it marked Khan’s first foray into international political matters and helped to gain him a voice feeding directly into Brexit Secretary David Davis’ ongoing domestic consultations.

On the domestic front, Khan’s success to date is a rather more mixed picture. Early “wins” for the Mayor included the implementation of a Night Czar for London (introduced in November 2016 and intended to boost advocacy for the capital’s nocturnal economy). However, it is difficult to assess exactly how successful this innovation has been. Who can say whether her advocacy has been the direct cause of new evening business ventures? Far more obvious an achievement, in terms of after-hours changes to London, has been the introduction of the Night Tube. It was introduced between August and December 2016, with Khan using his institutional role in leading Transport for London (TfL) to be the figurehead for its launch.

Nevertheless, Khan has been a beneficiary of his predecessor’s legacy. The proposal for introducing the Night Tube was made under Johnson’s mayoralty (only being delayed until afterwards due to a series of train drivers’ strikes). This is, of course, a pattern with London mayors – Johnson benefitted from inheriting the proposal for a public bicycle hire scheme, as well as the approval of Crossrail, from Livingstone. It does seem, though, that mayors can find themselves fortunate in this regard. The bikes became dubbed “Boris Bikes” and Khan seems set to similarly obtain the credit for the Night Tube.

Other policy achievements can be more legitimately attributed to Khan. One of his stand out pledges was to improve London’s air quality, with heavily-congested areas frequently exceeding legal limits for pollutants. Consequently, Khan has launched a campaign to improve air quality – reflecting his two predecessors’ similar concerns with environmental challenges. To date, his headline achievement has been to push ahead, despite a third of the public expressing objections, with the plan to pedestrianise Oxford Street by the end of 2018. On the other hand, though Oxford Street is certainly one of the capital’s busiest environs, the pedestrianisation of just this one space alone will not make the overall difference required if London’s pollution levels are to be significantly reduced. The introduction of the £10 T-charge on diesel cars, proposals within the London Plan for moving more commuters onto bicycles and a commitment to protecting the Green Belt will likely make a larger difference, though it remains too early to tell at the time of writing. All of these policies will, however, require ongoing and effective co-operative relationships with a range of agencies from across London and this will mean keeping a host of spinning plates in motion.

Khan’s biggest challenge to date, and one which is yet to be resolved, is tackling he current rise in knife-related and violent crime. As the head of the Mayor’s Office for Policing and Crime (MOPAC), Khan is London’s equivalent of a Police and Crime Commissioner. This leaves him as the strategic lead for improving community policing and outcomes. Knife-crime has been a long-term problem within London. Both previous mayors faced political difficulties in relation to this issue – from Livingstone’s failure to offer satisfactory answers on it at the 2008 election through to Johnson’s be accused of misrepresenting the relevant crime statistics in 2012. More recently, the Mayor has been accused of being slow to respond to an increase in the number of violent deaths within the capital. By early April 2018, the number of deaths from violent crimes had topped 50, meaning that (for the first time in decades) London’s death toll had topped that of New York. Khan’s lack of response for the first few days after this marker was reached was subject to heavy criticism, including from London MPs from within his own party. Despite his subsequent social media campaign to discourage young people from carrying knives, this remains a live issue for Khan and one which he continues to need to prove that he actually has a grip on, including through appraising the current policing situation within the capital.

Overall, Khan’s mayoralty has been notable for its calls to unity of action on some of the biggest issues of the day. Despite not having a notably positive relationship with the London Assembly, Khan has managed to get a fair amount done during the past two years. In amongst this, he has developed a strongly unifying rhetoric that aims to celebrate the city’s diversity – from calling for reassurance for EU migrants through to seeking to bring calm to communities after last year’s multiple terror attacks. His recent public campaign to try to use the centenary of some women getting the right to vote to celebrate women’s history is further evidence of this (epitomised by last week’s unveiling of Millicent Fawcett’s statue in Parliament Square). This does not, however, take away from his recent difficulties in building broad coalitions of support regarding knife crime and his need to ensure that he soon delivers on his environmental policies. Delay in these areas may dispel the reasonable-sized pool of political goodwill that he has so far accumulated. The Mayor is making some differences, but now is the time to really start delivering.