Reflections on the Universities Minister visit to CCCU 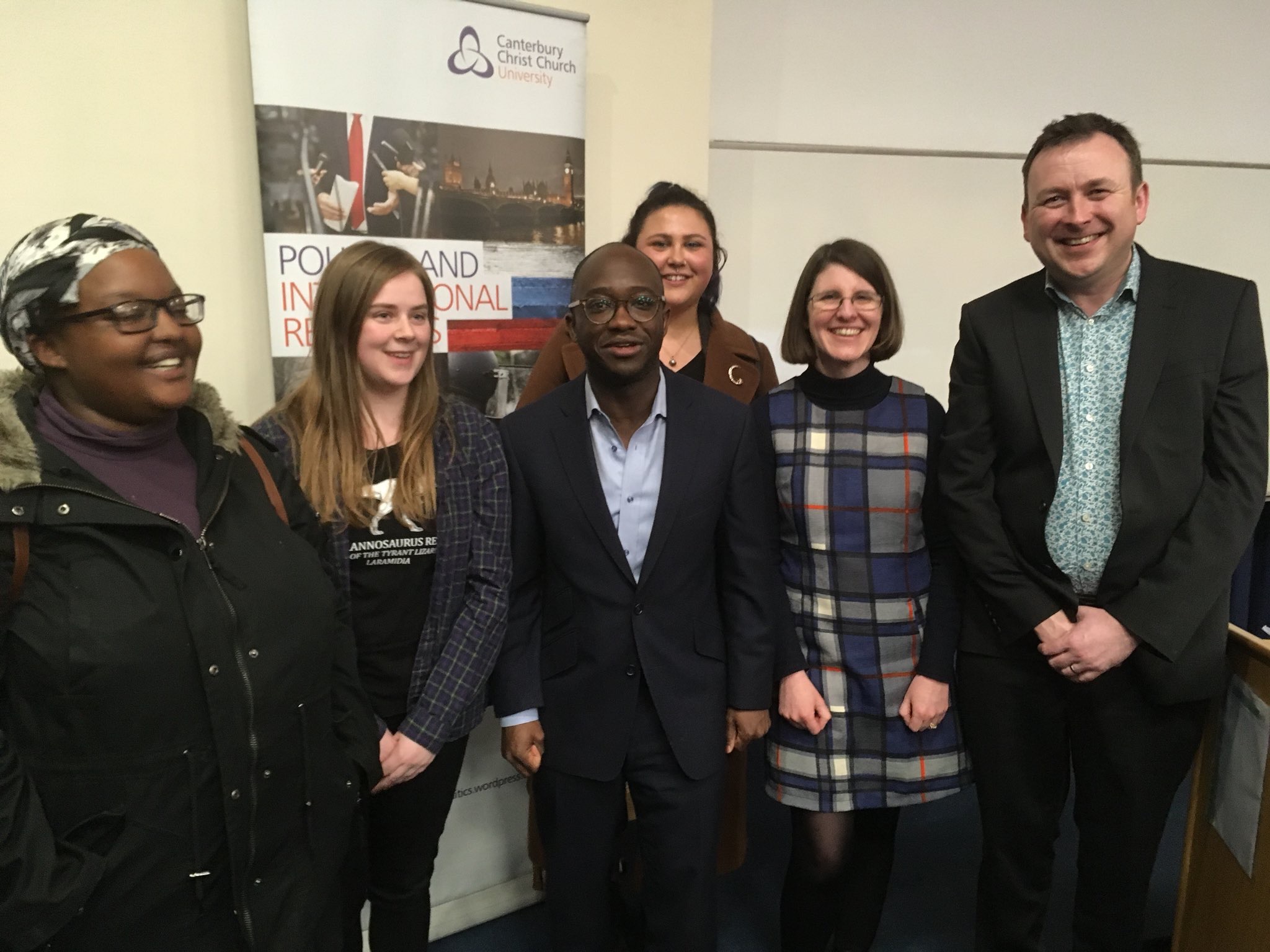 On Thursday 8th March, the newly appointed Universities Minister paid a visit to Canterbury Christ Church University. After introductory statements, the Minister dove straight in and started taking questions from the audience. It appeared that most of the crowd supported either Labour or other parties. The Minister did a quick poll, asking who supports Labour and who supports the Conservatives. The poll confirmed what he had thought, most were Labour supporters. The questions that followed were largely critical of the Minister and his government, as expected.

Questions varied from the fictional Brexit plan to questions regarding the strikes of lecturers across the country. The Minister was quick to wash his hands off any responsibility regarding lecturers’ pensions and strikes, stating that it is the sole responsibility for the universities and unions to discuss. It is disappointing to sit and listen as the Minister for Universities objects to the idea that it is not his responsibility that lecturers are being paid unfairly. The Minister even tried to convince the crowd, of mostly students and lecturers, that the lecturers are the bad guys; that they are so irresponsible and careless that they would strike and not teach students. Of course, this did not go down well. My own housemate stood up and told the Minister that if the lecturers at CCCU were to strike, that we (the students) would all be there supporting them. Any student can see the amount of work and dedication that lectures emanate in their roles. It was an insult to try and pit students against lectures, for demanding a wage equal to the work they put in.

Moving on to Brexit, it was the same rhetoric seen in any and every interview with the Conservative government. Almost like a video that you can pause, rewind or skip, the answers were the same. We are going to get a good deal, and that we do have a very real plan. It is not the place of the Minister of Universities to create new dialogue surrounding Brexit, but as an MP and a representative, and ambassador for education, it should be something that he is furious about. Perhaps he is good at concealing his own anger as a politician but in his responses to questions it seemed (for me anyway) that he was more than happy to rehearse the same few sentences as a justifiable answer.

The Minister placed great emphasis on the fact that he was talking to and trying to engage with students. He was right to highlight this because, as far as ministers go, he is the exception. But is this really the standard of politicians that we have come to expect? Giving them a pat on the back for doing the bare minimum and engaging with their citizens. Regardless of the party you support, we should all be expecting more from our politicians, and make them work for those salary increases they keep bestowing upon themselves.

I’m sure that reading this blog has made you aware that I have my own bias regarding the Minister’s visit. As a Labour supporter, I asked the question what is it about the Conservative policy that isn’t getting through to young people, particularly in Canterbury. His response was to ask me. I then went on to explain how the Conservative candidate was out of touch, not just with the 21st century, but his constituency. Merely the tip of the iceberg, I stated that he was homophobic in defending his block against same-sex couples adopting children, as “it was in the children’s best interests”. The Minister reassured me that Julian Brazier is not homophobic, as he knows him personally, so I guess my understanding of homophobia is a fallacy.

Overall the Minster was well spoken and polite, considering taking criticism isn’t easy. In my own view, he put forward a persona like any good politician can. It is not enough to walk away from one visit and say that he is a good or bad person for that role, but rather a close analysis on each little thing he does. Just over an hour of questions and answers is not enough for a judgment, but every action, reaction and piece of legislation that he is involved with, is more than enough for a wave of criticism and condemnation.