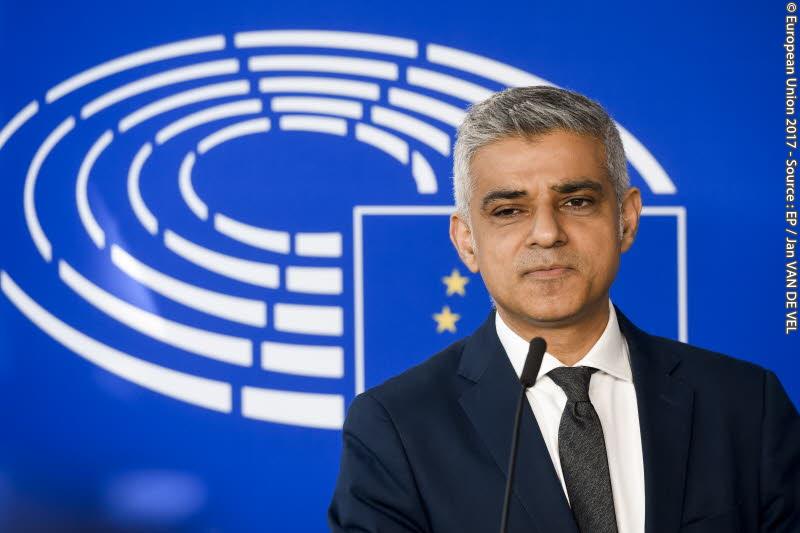 Max Stafford is a PhD candidate in Politics and International Relations at Canterbury Christ Church University. His doctoral research looks at the leadership of mayors in London, New York City and Amsterdam.

It is not new, these days, to talk of mayors and the irony of their playing a role in global issues, despite being local leaders. These issues include climate change, migration and security. However, within the context of the UK, mayors are also managing to play a vital role in the foreign policy issue of the day – Brexit. As I mentioned in an earlier blog post, mayors’ increasing strategic involvement with issues previously assumed to be reserved to national or global-level policymaking raises the well-rehearsed concept of place-based leadership and its future in relation to local political leaders. But who are these mayors and what are they actually doing about Brexit?

The most vocal mayor on this topic so far has been the Mayor of London, Sadiq Khan. Though only early in his first term (having been elected in May 2016), Khan has put effort into casting his mayoralty in an internationalist perspective. Faced with an opponent (Conservative, Zac Goldsmith) whose campaign was the recipient of allegations of “dog-whistle” politics and racism, Khan spent much of his 2016 campaign talking about both the diversity of the city that he aimed to lead and also his own heritage as the child of immigrants. After the June 2016 vote to leave the European Union, he sought to remind both London and the rest of the UK (as well as his European counterparts) that the city was a key player in the global economy.

Since then, Khan has made much of the fact that London bucked the national trend and voted “Remain” by a weighty margin in the referendum (59.9% to Leave’s 40.1%). The Mayor of London has the third-largest mandate of any directly-elected politician in Europe (only exceeded by the Presidents of France and Portugal). He not only leads a city that is by far the UK’s largest but one which is also bigger than several other EU member-states (including Denmark, Bulgaria and the Republic of Ireland). Khan is, therefore, a clearly significant figure in debates surrounding the Brexit process. The mayor’s voice in the process has to date been most recognised through his inclusion (alongside the Scottish, Welsh and Northern Irish First Ministers) in the committee, chaired by the Prime Minister, that addresses Brexit’s affect upon devolved administrations.

The Mayor of London has raised a range of Brexit-related issues – most notably the protection and certainty for the future of London’s economy and the right-to-remain of EU citizens. Given EU citizens’ roles in keeping London’s public and private services operating – Khan has responsibilities in policing, transport and urban regeneration – this is hardly surprising. Thus, the mayor has had a raised profile in discussions surrounding Brexit. His deep-seated interest in securing this (which has been shaped informally by Khan himself) means that this is, relatively-speaking, what one would expect. Moreover, London has had a mayor for longer than those other parts of the UK which are similarly governed, the mayoralty having been in existence since May 2000. London’s status as both the nation’s capital and also a conurbation of global interest, particularly within the globalised economy, renders this yet more unsurprising. But what about mayors in the rest of the UK – for instance, in the Manchester and Liverpool City Regions and the West Midlands Combined Authority? Well, pretty similar, actually.

There are currently 23 mayors in the UK (all located within England), including the six new mayors who were elected as the heads of combined authorities in May of this year (in Cambridge & Peterborough, the West of England, the West Midlands, Tees Valley, Manchester and Liverpool). They are all of them new to the role of mayor yet, like Khan, they are all having a direct impact upon shaping the localised approach to Brexit.

To choose but one example, the mayoral election campaign in the West Midlands frequently struck observers, in both the press and academia, for how often Brexit was referenced. If we exclude the issues of transport and the public’s general ambivalence to having a “regional” leadership figure in the first place, then Brexit was the major issue. The two frontrunners, Andy Smith (Conservative, and eventual winner) and Sion Simon (Labour), both made frequent references to it. Smith played on his background as head of the John Lewis Partnership, citing his experience of striking deals that he argued were good for business, whilst Simon sought to appeal directly to Leave voters through the adoption of the slogan “Taking back control, putting the West Midlands first”. Both faced questions from hustings’ audiences about how they would put together a Brexit strategy for the West Midlands. This, in itself, is paradoxical – in a combined authority where voters regularly disdained both the role of and even need for a mayor, they had a clear expectation that whoever they elected should be strong on getting a good Brexit deal.

Since then, and notwithstanding the distractions of the intervening General Election, mayors have continued to forge roles for themselves within the Brexit negotiations and related public discourse. In May 2017, the Centre for London called for the establishment of a Convention of City Leaders which could bring together the leadership of the UK’s urban populations. This would then become a platform from which they could lobby both national government and also key negotiators within the EU, in order to get the best deal for cities. Interestingly, Andy Burnham (Mayor of Manchester City Region) and Andy Smith both keenly demonstrated their own newly-mandated political muscles by inviting Khan into the group (alongside members of the pre-existing Core Cities Group), seeking to demonstrate their own cities’ power, alongside London’s, in the Brexit process.

Mayors are fast becoming figures of great significance. Collectively, the UK’s mayors have a voice which is intrinsic to what will be a long-running series of talks, at multiple layers of governance, between the UK and the EU. This influence and keenness to be seen as actively engaged in the process itself goes much further than Khan’s global-facing slogan #LondonIsOpen (aimed at demonstrating the city’s continued commitment to the ideals of a globalised and liberal approach). Instead, the passion mayors have for giving their cities a voice in the process, whether through collective action with other mayors or individual strategic choices, is becoming increasingly notable as negotiations progress. It’s not just London that’s open. The whole argument is – and mayors are going to get increasingly noisy about it.