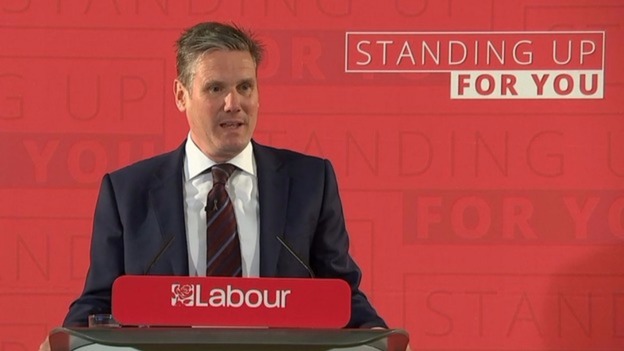 In the 10 months after the 23rd of June, the Labour party’s position on Brexit and what should happen next has been a bit… ‘undefined’ to say the least. They have been in an incredibly tough position of simultaneously wanting to appeal to the 63% of its voters that voted remain and not start any rebellions within the 218 out of 232 MPs that publicly supported remain, while also wanting to appeal to the 37% of its voters, 161 Labour held constituencies that voted leave and not hemorrhage any more of its working class support, a demographic that predominantly voted leave.

Having considered the above, it appears that Labour party HQ decided that their best course of action was to a) keep their head down, b) meekly try to appeal to both sides, while not really saying anything concrete, but c) mainly just oppose the government by saying. Of course, Labour was dealt a tough hand and this is a solid electoral strategy that, on the issue of the financial crash, saw the Liberal democrats sweep to 23% of the popular vote in 2010.

But then, like a renowned bandit brazenly slamming open the shutter doors to a sleepy Mid-western Saloon, Theresa May called a snap General election. The music stopped playing, everyone went silent and slowly turned their heads to the Sheriff who loudly gulped and realised it was his turn to say something… Sherriff Jeremy Corbyn was taken slightly aback and thus came out with a strategy that, with a few key differences, is basically the same plan the Conservative Government had in November.

These are a couple of added giveaways to Remainers that will certainly sweeten the Brexit blow for them, but in terms of the “real meat” of the last 10 months debate so far – ‘Hard Brexit versus Soft Brexit versus No Brexit – their position is the now infamous “having the cake and eat it too”-Brexit.

This is illustrated by statements by Keir Starmer in the same press conference on Tuesday:

As Theresa May discovered to her dismay in January, these two things are incompatible as far as the European Union is concerned. When she proposed it as her plan, the EU27 said for all intent and purposes “We won’t agree with that and you will crash out with no deal”. An eventuality that Starmer said would be the “worst possible deal”.

Electorally, the Labour Brexit plan might make sense. Labour continues to (try to) appeal to both sides and win the election. Corbyn and his party will only need to deal with untangling the contradictory manifesto commitments after they have won.  Also why look a gift horse in the mouth? The blessing of being the opposition with staggeringly bad polling is that you don’t have to live in the bounds of reality (which is quite a lot of effort in any case). Nevertheless, if we do experience the largest polling mistake in modern history and Labour wins a majority, we need to expect a lot of back-paddling.

Jack Brooks is a 2016 Politics and International Relations Honours Graduate of Canterbury Christ Church University and graduate coordinator at the Centre for European Studies (CEFEUS) at CCCU.

You can read the second student blog in our #COVID19KentMedway project here https://t.co/9JqiCRBuXr
h J R