‘Across every strata of society, he’s united us with hope.’

Unless you’ve been living under a rock, I’m sure you’ve heard of WWII veteran Captain Tom Moore.

This morning as I watched his daughter share their vision of being able to raise £1,000. At the time of writing this, they’ve raised £31 million!

Today, Captain Tom, now an honorary Colonel has; received his birthday letter from the Queen, a number one in the charts, a military flyover, cake and over 125,000 birthday cards… and no one knew his name less than four months ago.

Hailed a symbol of hope, fundraising legend and the Nation’s hero, what can we learn from Tom Moore regarding careers and enterprise?

Here’s our top five lessons from this story:

#1. Do what you can, with what you have, where you are.
He walked up and down the garden. Whilst the rest of us were getting our heads around the limitations put upon us, he was seeking out what he could do. He focused his mind not on his limitations, but his opportunities, and jumped straight in. Whatever your future career plans, this time isn’t about what you can’t do, it’s about focusing your mind and your efforts, on what you can be doing to get there. I’m reminded of the quote that says ‘do today what others won’t, so tomorrow you can do what others can’t‘ – what can you do to make yourself more employable? Is your CV up to date? Could you learn a new skill, such as sign language, which is useful regardless of profession?

#2. Keep going – persistence is key.
Tom Moore didn’t walk 100 lengths of the garden all in one day, he kept going, bit by bit.
He did 200 lengths in the end. That means that 200 times, he got out of his chair, and chose to spend the effort and energy in that way. He didn’t duck out and stay in his PJs, he stood up and committed. It’s hard to commit like that. What can you commit to today to prepare for your future career? If time-keeping is your struggle, maybe you can commit to taking your daily exercise on time at a particular time each day to practice?

#3. You’ll never walk alone.
Not only the name of this man’s number one in the charts (could he be any cooler?!), but there’s a strong message there in the words of this song. He’s united people at a time of profound isolation. He’s brought a hope to us all as we consider not only what he’s done, but what that challenges us to do… and he didn’t walk alone. He’s had his family around him. When you start and as you go through your career, you’re going to need cheerleaders around you. Be it family, friends or colleagues, it’s going to help you hugely personally and professionally… but you can be a cheerleader too. Who can you say to today – ‘you’ll never walk alone’ to today? Who in your personal and professional life can you keep cheering on from the sidelines?

#4. Know when it’s time to stop and rest, and regroup (even if you can’t wait to keep going/ return!)
Tonight, at midnight, his Justgiving page will close for now.
His daughter has confirmed that it’s time for him to have some rest. It’s been quite a 99th year, and it’s time to stop and recover from all the excitement as he begins his 100th. It’s important that he doesn’t burn out, and that he can enjoy this time too. He’s keen to keep going, but it’s been important to have his daughter and family there to look after him and remind him that he can return, once he’s rested. This is the same for your career; burnout is real. Look after yourself. Place people around you that will hold you accountable, especially if you’re starting your own business – and know when it’s time to stop, and rest. Sometimes it’s in these moments of re-grouping that you find renewed energy, vision and direction. Maybe lockdown is an enforced rest from work for you – take that rest time.

#5. Good times will come.
The aircraft that he described seeing ‘fly in anger’ now ‘fly in peace’.
Watching through his lifetime as our nation, and our world, has changed so dramatically beyond recognition, and have now come together through his actions must have been humbling. But he waited. He watched. The aircraft in anger were not the end of the story. He was able to see them fly in peace. If you’re feeling a time of anger, peace will come. Good times will come. Keep waiting. Persevere.

Getting further support from The Careers and Enterprise Team at CCCU

You can get ongoing careers support via the following ways:

Take the Next Step: Move into Postgraduate Study at CCCU 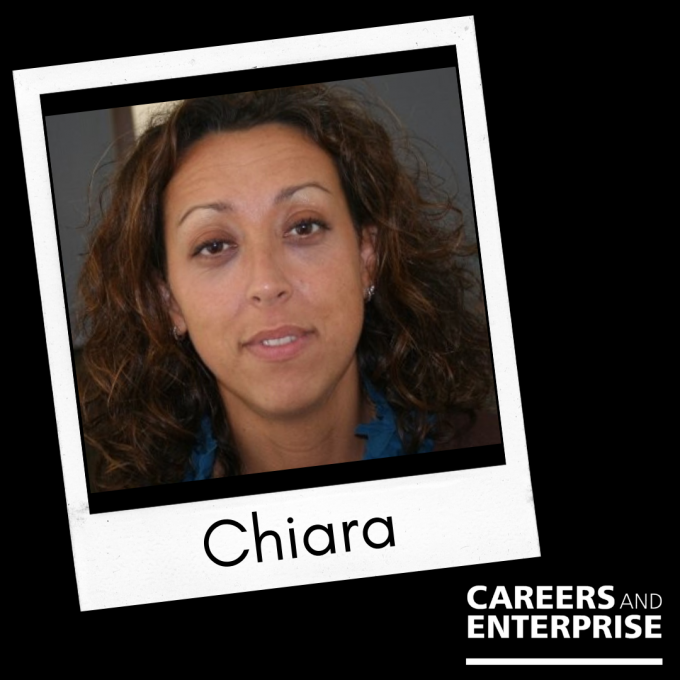