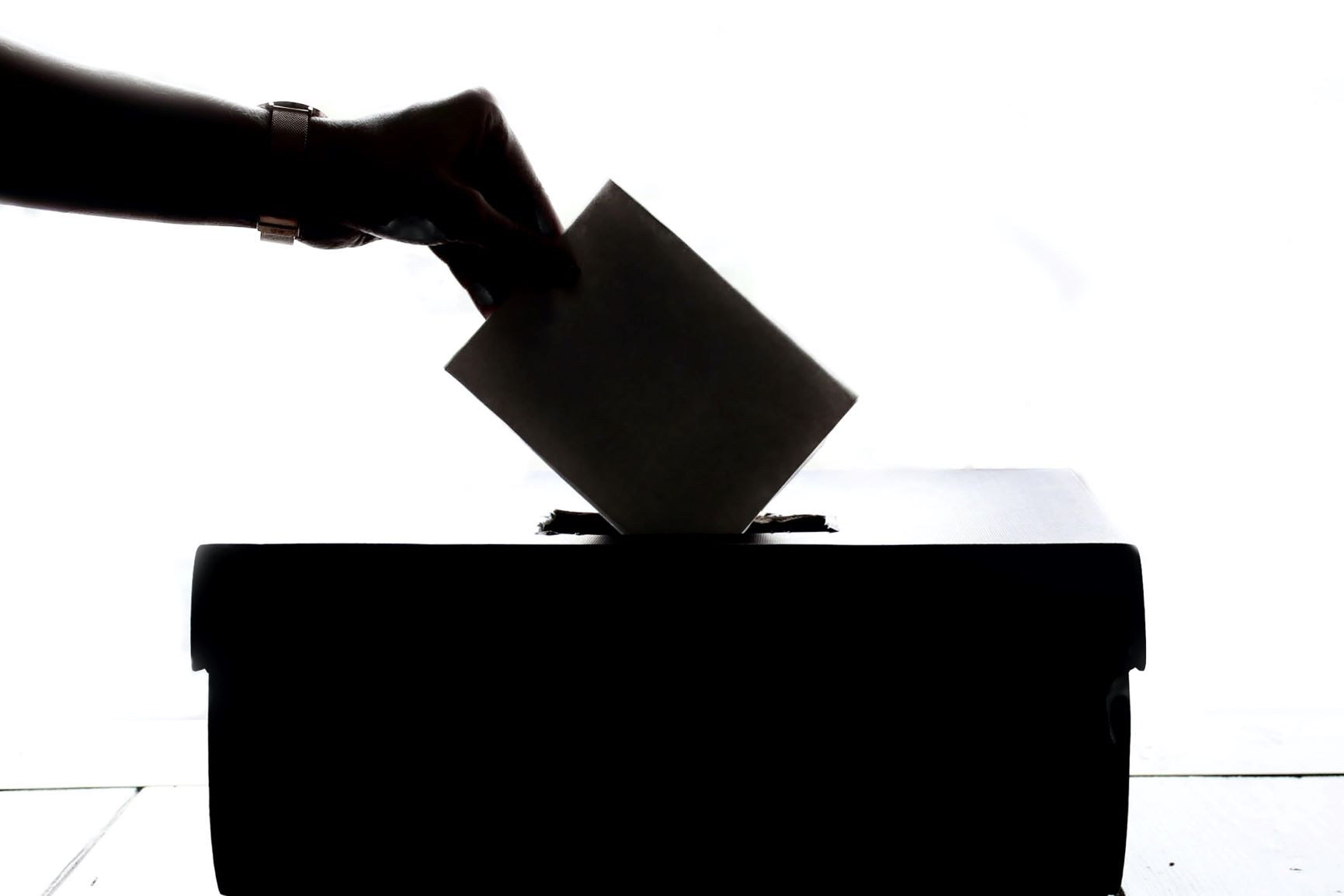 After “Super Thursday” Dr Paul Anderson analyses the results and what they mean for Britain’s parties and politics.

Thursday’s bumper set of elections have provided much food for thought in what the results mean for the future of British politics. These were strange elections with campaigning conditioned by public health restrictions. Yet, across the entire British Isles, voters went to the polls in their millions, electing local councillors and mayors in England, and representatives to the national parliaments in Scotland and Wales.

The big story in England is the continual decline of the Labour Party. The biggest loss came in the Hartlepool by-election. Successive polls documented Labour’s declining fortunes in the constituency, but the scale of defeat, which saw Conservative Jill Mortimer win 52% of the vote and secure a thumping majority, was a humiliating blow for Labour. Hartlepool had been Labour since its creation in 1974.

Local council elections spelt further bad news for Labour. The party lost more than 300 seats as well as overall control of 8 councils (including Durham County Council which had been in Labour hands for just shy of 100 years). In contrast, the Conservatives won control of 13 councils and added more than 200 councillors to their local government totals. This is no mean feat for an incumbent government.  Local elections tend to be used by voters to punish governments, yet not this time around. Boris Johnson, notwithstanding recent controversies, is a popular Prime Minister in previous Labour heartlands.

It was not all doom and gloom for Labour in England. Following a close contest, Sadiq Khan was re-elected as London mayor, Tracy Brabin became the first mayor of West Yorkshire and Andy Burnham increased his mayoral majority in Manchester, re-elected with a solid 67% of the vote. Labour held onto other mayors in Liverpool (which elected its first female and first black mayor), Bristol and Doncaster, and won Cambridgeshire and Peterborough, and the West of England from the Conservatives. While something to celebrate, these successes will do little to dispel Labour’s electoral decline. Despite a change in leadership, Starmer has been unable to overturn the party’s electoral fortunes and internal infighting persists. What these results show, however, is that Labour’s problems go far beyond the party’s leadership.

Scotland: The Battle of Mandates

The outcome of the Scottish Parliament election was not a surprise. Despite weeks of campaign rhetoric bandying around the word ‘majority’, the SNP failed to secure the magic 65 seats. At only one seat short, however, the party remains in a jubilant mood. Securing a majority in a proportional electoral system is no easy task. In fact, looking at the results, it is clear the electoral system did exactly what it was designed to do: The SNP, with just shy of 50% the vote won just under half of the seats, the Conservatives with nearly 24% of the vote got 24% of the seats and Labour got around 17% of the seats on 19% of the vote.

Party numbers aside, other notable features worthy of celebration include increased turnout (63% – the highest ever for a Scottish Parliament election), and a more diverse Parliament than ever before, with a record number of female MSPs (58), the first women of colour (SNP’s Kaukab Stewart and the Conservatives’ Pam Gosal) and the first wheelchair user (Labour’s Pam Duncan-Glancy) all elected to Parliament.

Before the results were even tallied, debate on independence and a mandate for a second referendum was already dominating discussions. Tactical voting among Conservative and Labour voters thwarted the SNP’s chances of securing a majority, but combined with the increased representation of the Scottish Greens (who now have 8 MSPs), there is a pro-independence majority in the Parliament. With precedent set in 2014, the Scottish Government want Westminster to agree to a second referendum, but this has so far fallen on deaf ears. A unilateral referendum is an unlikely endeavour, but demand for a referendum will not go away. As far as Nicola Sturgeon is concerned, it is a question of when not if.

While Labour slumped in England, and lost 2 seats in Scotland, Welsh Labour secured its best result since the first devolved elections in 1999. In 2021, the party won 30 of the Senedd’s seats, just one short of a majority, and increased its share of the vote by 5 points compared to 2016. First Minister Mark Drakeford’s handling of the Covid pandemic seems to have been key to his party’s electoral success, raising his profile as First Minister but also highlighting the important powers the Welsh Government wields over policy areas like education and health.

As is the case in Scotland, the Conservatives secured second place in Wales, winning 3 more seats than the pro-independence Plaid Cymru. Opinion polls in recent years have recorded growing support for Welsh independence, but the issue, unlike in Scotland, is not very far up the political agenda. Having won exactly half of the Senedd seats, Labour is set to form government, but will need to work with opposition parties to advance its legislative agenda. Independence may not be on the agenda but demands for more powers are likely to increase. Drakeford has been a firm critic of the Johnson Government and having illuminated the success of devolution in helping Wales through the pandemic has made clear that the case for more powers for Wales is stronger than ever before.

The election results across Britain confirm the fundamental shifts that have taken root in British politics in recent years. Labour’s declining fortunes in England further confirm the party’s struggle to reconnect with its traditional voters, many of whom trust the Conservatives more than what they see as an out of touch metropolitan liberal elite. Results in England’s mayoralties and Wales may give hope to the party that it is not yet a spent force in British Politics, but without a radical rethink that moves beyond factional infighting and provides an alternative vision that appeals to older, working class voters, the party will fail to challenge the hegemony of Boris Johnson’s Conservatives.

In Scotland and Wales, easing Covid restrictions and economic recovery will dominate the political agenda for the years and months to come. In Wales, these debates will be spearheaded by the reinvigorated Labour Government amid calls for further devolution, while in Scotland issues of recovery have already become intertwined with the independence debate. The territorial narrative of British politics remains.

Dr Paul Anderson is Senior Lecturer in Politics and International Relations at CCCU. His research and expertise focus on the Scottish and Catalan independence movements and he welcomes applications from PhD students interested in these themes.

Photo by Element5 Digital from Pexels

@sarahzlieberman: welcome to all students starting at @CCCUPoliticsIR today. If you are still considering a Masters degree, it is not too late - you can apply here https://t.co/90qWCFsETt
h J R

A warm welcome to all our new students starting today. You've chosen to study with a team nominated for an award for our great student support and ranked in the Guardian Top 20 for Politics degrees. What a great decision! #HelloChristChurch @CCCUStudents @CanterburyCCUni https://t.co/XDLOOjHnLR 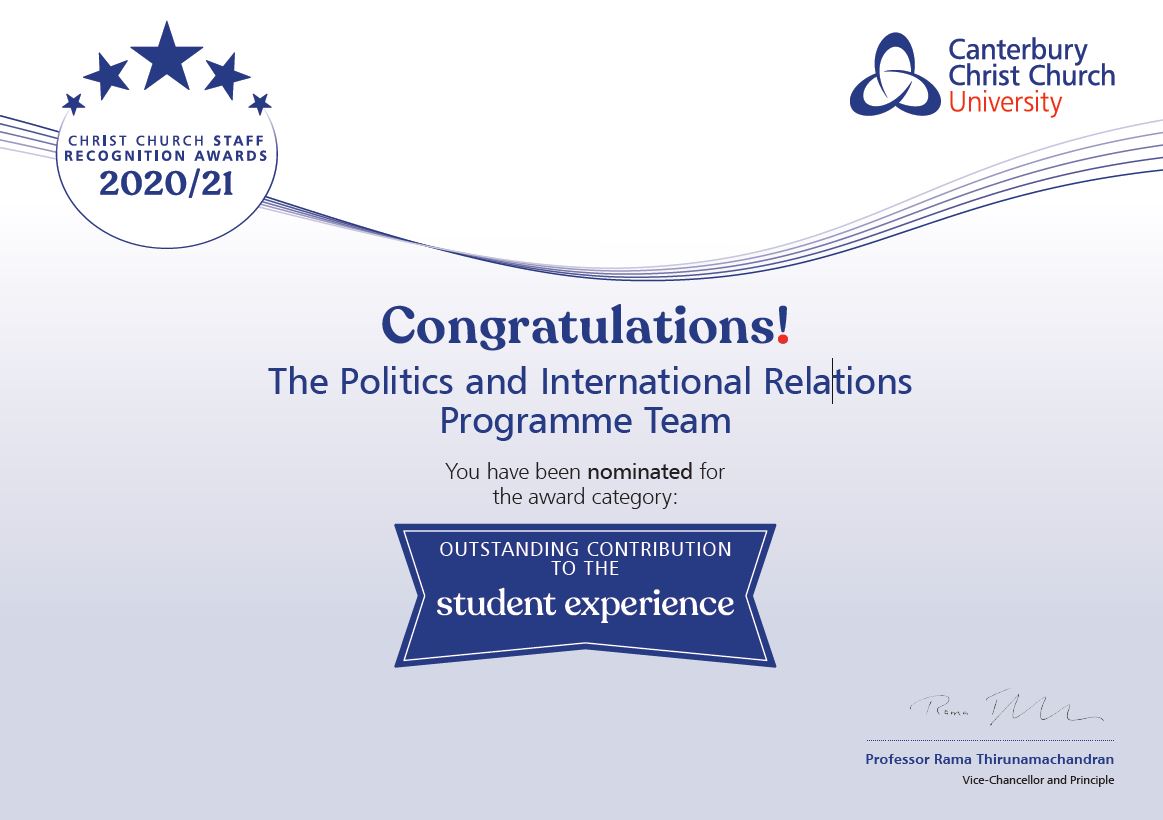