Gimme, Gimme, Gimme a Pint After Lockdown – Tourism in a Corona World.

Gimme, Gimme, Gimme a Pint After Lockdown – Tourism in a Corona World. 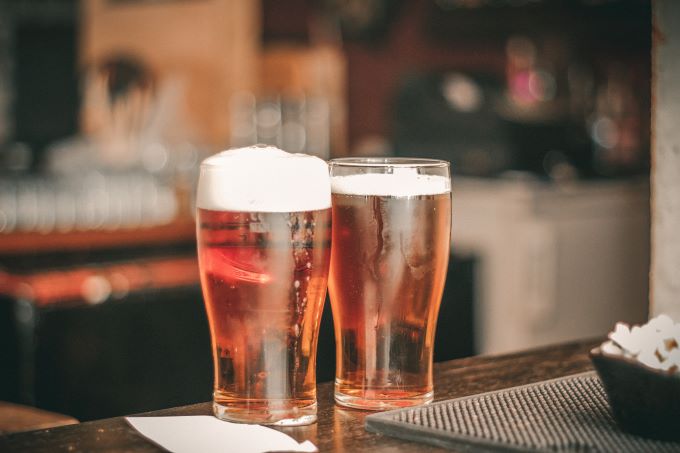 In the next student blog of our series on “The Impact of COVID-19 on Kent and Medway”, undergraduate politics student George Stevenson fears for the future of the hospitality industry, and local pubs in particular.

As the end of my second year at university was approaching, and the dreadful March weather was easing, the irresistible allure of pubs, clubs and everything in-between hastened the completion of my last assignments. But my hard work was to be in vain, so to speak. Instead of going out with friends and loved ones, on the 23rd of March we were told to stay indoors to protect those we hold dear. Little did we know the risk it posed to the institutions we love.

In Kent, where I’m from, the tourist industry is not only vital in terms of our economy, but adds to our cultural richness. Since 2006, our tourist industry has increased its value by 33% and, as of 2017, its worth is estimated to be £3.8 Billion. Even more locally, in the district of Dover (which includes Deal) tourism makes up 17% of total employment . But you don’t need the facts and statistics to know this. If you had walked along Deals seafront at any other time, you would have seen packed pavements and beaches, restaurants and ice cream parlours rammed with customers, and many of Deals 28 pubs heaving with friends and strangers alike. Today, along the same seafront, all you see are a few scattered souls scurrying too and fro from the supermarkets and back home; like a stereotype of Cold War Eastern Europe.

The Corona Virus has flipped this Kentish summer norm on its head. The Resolution Foundation reported that the UK has experienced its sharpest economic contraction since the 2008 financial crisis. Coupled with this many small pubs and venues have had to temporarily drop their staff or pay them full wages out of their own money, risking insolvency, due to the late payments of the government furlough scheme. The financial situation is so dire that music venues alone have had to appeal for charitable donations in order to save their businesses through the #SaveOurVenues scheme. In Deal, Dover and Folkestone, four venues have sought donations through this scheme.

One of these venues in Folkestone, The Chambers, is particularly important to me. Not only do some of my friends work there, they are an integral part of the community. They regularly host music events for local musicians who wouldn’t have a chance of getting their names out in the harsh music business. Community events such as book days and art displays are also a common occurrence. But, for me personally, The Chambers has been a space for my friends and I to socialize and listen to the music we love; losing this space would be losing a bit of ourselves.

However, as a county and as a country, we are not alone. In Spain, the tourist sector makes up 12% of their GDP and employs 13% of their work force. As you can imagine, their tourism industry has also been crippled by the Coronavirus. In Spain, there will be people like myself and my friends worried about the venues they love, what an opportunity this provides for international solidarity and mutual aid. I know that as a way of repaying The Chambers for all they contribute to the local community, local residents have raised £5,170, imagine what we could do on the international level.

With community action like this, it gives us hope that the places dear to us will still be there after this ordeal. I hope that after lockdown, I can have a cold pint with my friends and loved ones, in the places we love.

George Stevenson is a 2nd year student in Politics at Canterbury Christ Church University. He lives in Deal, Kent, where he usually enjoys the various attractions, bars and venues.