Some reading suggestions from the Politics team.

Some reading suggestions from the Politics team. 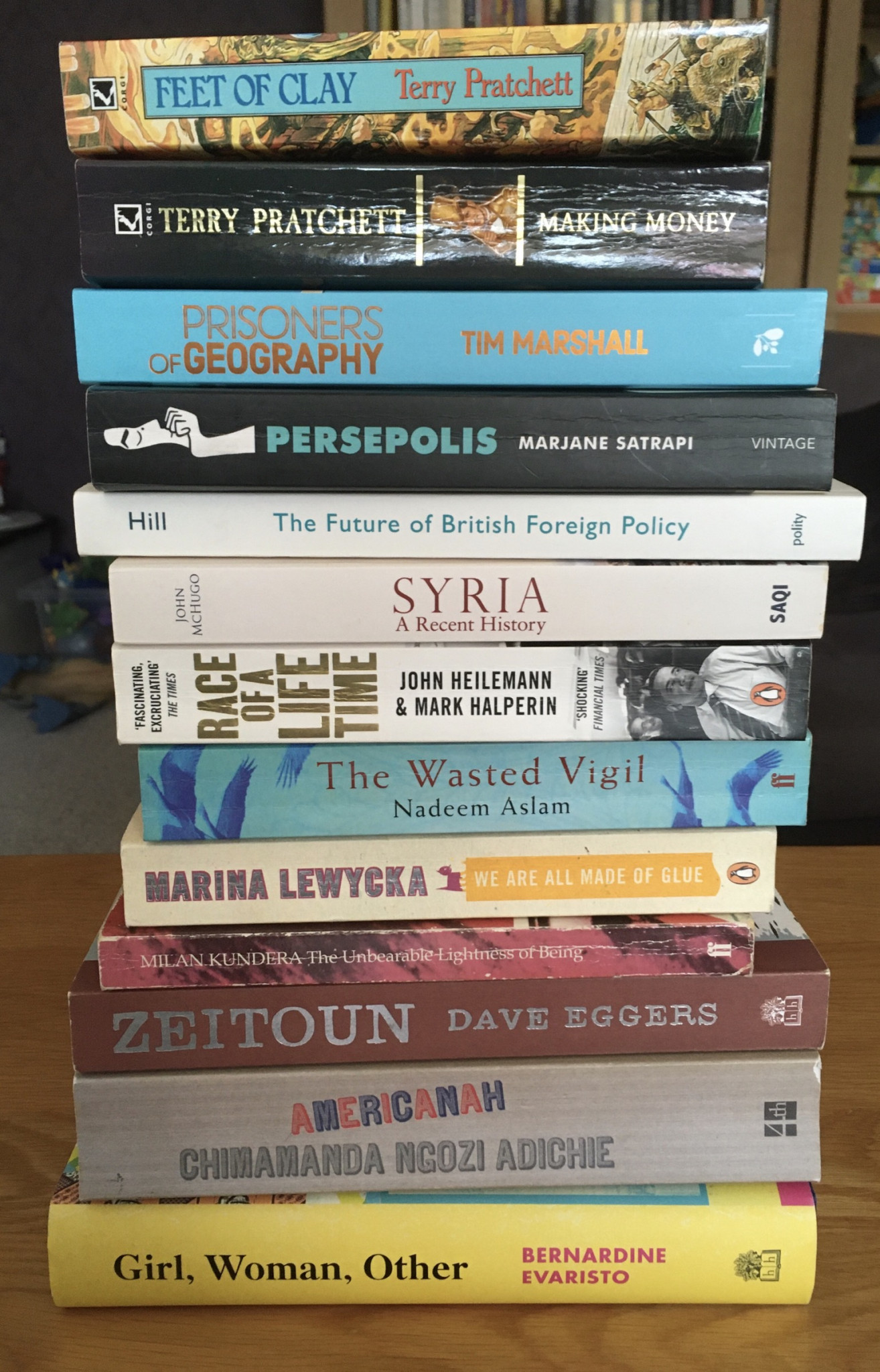 Following discussions with Student Representatives, we have put together a list of some of our favourite books, journal articles, novels, films or podcasts for you to try while studying remotely.

Please note that we are not expecting you to read all or indeed any of this if you do not wish to do so. It’s most important to focus on your wellbeing – mental and physical – and to use your energy to help friends, family or neighbours who need you. Nevertheless, if you do have time to spare then we hope you might find some of the suggestions below interesting and relevant.

Please feel free to add your own suggestions in the comments below. we’d love to hear what you are reading!

Radical Hope: Ethics in the Face of Cultural Devastation, by Jonathan Lear

Justice is Conflict and Innocence and Experience, by Stuart Hampshire

Ethics and the Limits of Philosophy, by Bernard Williams

On Bullshit, by Harry Frankfurt

Talking to Strangers: Anxieties of Citizenship Since Brown V. Board of Education, by Danielle Allen.

Politics and Morality, by Sue Mendus

The Originality of Machiavelli, and The Pursuit of the Ideal, by Isaiah Berlin

A Tale without a Name, by Penelope Delta

The Misanthrope, by Moliere

The Accidental Woman, by Jonathan Coe

The Death of Stalin

States and Markets, by Susan Strange

Why Iran should get the bomb, by Kenneth Waltz

Gone with the wind, Margaret Mitchell

The Shadow of the wind, by Carlos Ruiz Zafon

The War on Democracy

Michael Burgess on federalism, especially In Search of the Federal Spirit.

See also reading material on federalism available online on the website that Soeren and Paul are running: www.50shadesoffederalism.com

Farewell – A Mansion in Occupied Istanbul, by Ayse Kulin

The Power by Naomi Alderman

Girl, Woman, Other by Bernardine Evaristo

Unbearable Lightness of Being by Milan Kundera

Feet of Clay, The Truth, Making Money and/or Jingo by Terry Pratchett

We are all made of glue by Marian Lewycka

Natives: Race, Class and the Ruins of Empire by Akala

Race of a Lifetime: How Obama won the White House by John Heilemann and Mark Halperin