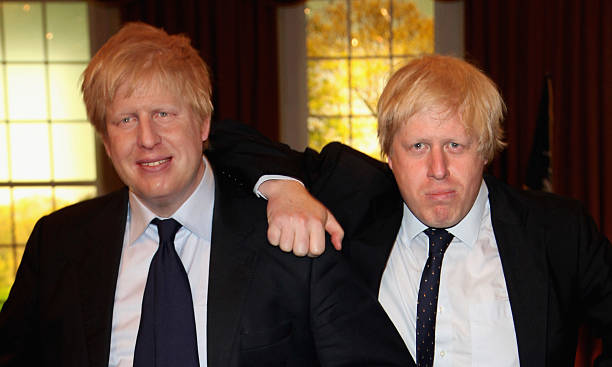 Other than Nigel Farage and Jeremy Corbyn, it is quite likely that no other individual has attracted British political interest in the same way that Boris Johnson has in recent years. If, as Churchill once claimed, Russia was ´…a riddle, wrapped inside a mystery inside an enigma…´, then Alexander Boris de Pfeffel Johnson is a paradox, wrapped inside an ego inside a crumpled suit. The very reaction to his resignation – from Max Hastings´ excoriating demolition of Boris´ character in The Times through to Priti Patel and Sajid Javid´s ostensibly warmer views – has been an exemplar of the perplexity the very mention of his name can trigger. Indeed, he is one of the very few British politicians who is instantly recognisable just through the mention of their first name alone.

For those of us who find ourselves spending time researching him, it is often advisable to take a significant step (if not leap) backwards and ask: “Just who or what is this man and what is his overriding vision?”

The first part of this question is perhaps more easily resolved, though it can still throw up further confusion. Johnson is, of course, world-famous for having been the first (and, thus far, only) Conservative Mayor of London. His natural gift with languages and apparent love of all things London lent themselves well to this role and its globally-orientated cultural features. Nevertheless, delve just below the surface and you´ll seen feel that he was much more a delegator than a visionary leader of a dynamic populace. Whilst he was able to turn criticisms into being lauded (as he did with his “Broom Army” response to the 2011 riots), he lacked obvious interest in the main challenges facing the city. A sample checklist of such issues might appear as follows:

Similarly, Johnson´s heritage suggests Europhilia that subsequently failed to transpire in his ideological positioning. His father is a former Member of the European Parliament (having previously worked for the Commission), his brother (a current government minister) is viewed as having strong “Remain” sympathies and his sister recently joined the Liberal Democrats to fight against Brexit. Yet Boris led the Leave campaign with the ferocity of rather overly-confident lion who has just spotted the possibility of killing off a much-weakened prey (David Cameron). On the other hand, he had previously proven to be a fairly Eurosceptic correspondent for The Telegraph´s European bureau and so, one might argue, he has actually maintained a consistent position throughout this period. Except he hasn´t. The two alternate drafts of his 2016 newspaper article announcing his decision on which side to support in the referendum don´t so much undermine this view as leave it with the credibility Johnson´s consistent claims to be supportive of Theresa May…

As to the second part of the afore-mentioned question – the desire to understand what his overriding political vision might be – one is probably as well-served by asking for “answers on a postcard” as seeking to scientifically deduce what lies at the nub of this aspect. Whilst solid in his promotion of a “Global London” political brand (clearly the blueprint for his “Global Britain” agenda), Boris was less clear as to what his vision was as Mayor. In part, this was because he was firmly amongst those who did not expect victory in either of his two elections (2008 and 201). Much more fundamental, however, is that he increasingly approached the mayoralty as a springboard for an eventual leadership bid.

What makes this all the more remarkable is that, 10 years on from when his star began its steady rise (and occasional fall) on this ambitious trajectory, we are still none the wiser as to what Prime Minister Johnson´s political vision would be. Certainly, it would contain some sort of lionised version of Brexit (blue passports and sundry red buses to boot) but what would his wider programme for government look like? Despite his having spent 2 years in the Foreign Office, can anyone hand-on-heart pick a non-Brexit issue and clearly outline what was “uniquely Johnsonian” about it? In domestic policy, what are Johnson´s clear views on mental health services, the railways outside of London or a strategy for maintaining the union? Do we have answers to these that could be communicated clearly to a sceptical public, without recourse to Latin or claims plastered across buses?

These might sound like flippant remarks but strip away Boris´ undoubtable skill in erudition and drum-beating and one might be forced to conclude that the cupboard is surprisingly bare. His skill in systematically undermining Theresa May is rendered rather futile (assuming that he still believes that his aspirations towards leadership can be realised) by a lack of bread-and-butter policy work.

Is Boris a blunt opportunist or a Machiavellian figure with a more cohesive plan than we might at first believe? Is he better at the narrative and tactics of daily political point-scoring than the ability to set clear objectives which are, in turn, underpinned by workable strategies? Do his best days in politics lie ahead of him, or is he already too weathered by the past 2 years to be able to become the “Man of the Moment”? With Boris, there are always more questions than there are clear and concise answers.

Clearly, this is not to say that he lacks a “big beast”-style presence or impact. The fact that the news media were able to string out 3 hours´ worth of “Where´s Boris” coverage yesterday attests to the continued fascination with his impact and potential. We will continue to follow his career, whether through excitement or trepidation, for some time yet (whether or not he mounts a leadership bid in the months to come). Similarly, he will always be a draw for those Conservatives who feel that they need to rediscover the party´s ability to act in unexpectedly unconventional ways and shake up political norms. Few symbolise that more than the man who gave zip-wires prominence in our political discussions.

However, for now at least, the Member of Parliament for Uxbridge and South Ruislip must return to the world of the constituency surgery, the Summer fete and the warm prosecco of the political silly season. Whether his resignation will turn out to be a career-elevating masterstroke or an Eton mess is still a matter to be decided.