Comments on A.C Grayling’s talk Brexit: The Next Steps in the Fight Against It 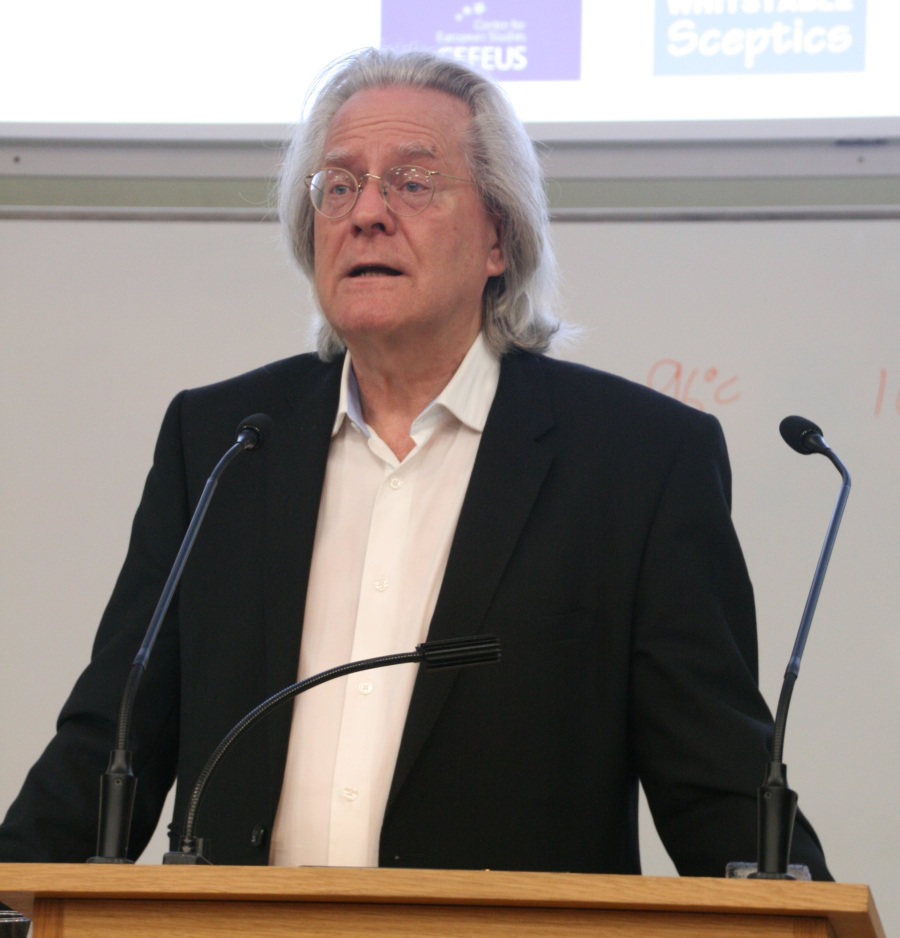 Dr David Bates, Director of Politics and International Relations, comments on the lecture by Professor A.C. Grayling at CCCU on 26 September 2017.

Stepping onto the podium in the Michael Berry Lecture Theatre at Canterbury Christ Church University, A.C. Grayling cut the swagger of a dandy; his long hair slightly bedraggled – but expensively so. Grayling’s oratorical and rhetorical skills have clearly been honed through such gatherings; gatherings of like-minded people who want to see an end to the undefined but seemingly unstoppable juggernaut we call ‘Brexit’.

But Grayling’s rhetorical performance was founded on a weakness of argument. Grayling divided the positions in the ideological landscape of Brexit rather crudely into the following.

First, the ‘remainers’. These were rational individuals, well-informed about the EU, educated, cosmopolitan in outlook, and broadly committed to the positive project of European integration. On the other hand, the ‘leavers’. These were a rather inchoate mob, comprising the poorly educated, politically disenchanted, largely misinformed; members of right-wing elites who were responsible for such misinformation – among which were the ‘Moggies’ (followers of Jacob Rees-Mogg); and old-fashioned ‘far leftists’ such as Jeremy Corbyn – who Grayling referred to without any subtlety as a ‘Brexiteer’. (Corbyn is of course officially a remainer, with strong sympathies for the left-exit position, a position which his mentor Tony Benn supported.) For Grayling the case of the remainers was enlightened and clear cut, the case of the leavers largely ignorant and mistaken.

I have three main objections to Grayling’s argument.

First, it presents a simplistic view of how many of those voting leave arrived at their decision. Many of those voting leave, so Grayling’s argument goes, chose to vote leave because they were amongst other things, mistaken about the facts of the case.  If only we ‘remainers’ can subject some of these ‘leavers’ to our superior arguments and knowledge, they will change their mind. A second referendum will then make everything ok.

It is true that political debate would be healthier if we were concerned more often to promote rational and open encounter. But it is too simplistic to say many of those voting for Brexit were crudely mistaken. Take Grayling’s characterisation of the misinformed leave voters. Political debate cannot simply be viewed as an arena of encounter between true and false beliefs. People may have many true reasons for reaching false conclusions, and false reasons for reaching true conclusions. People are emotional – whether angry or elated. Such emotions have material causes, embedded in the practices of everyday life.

Some may have voted Brexit because they have not benefited quite so handsomely from the open cosmopolitanism Grayling is so keen to promote. They may feel quite understandably aggrieved about this. More strongly than this, some people may even have voted for Brexit precisely because of the way in which individuals such as Grayling sometimes characterise the project of European integration – as a project of middle class cultural enlightenment, far removed from the concrete experiences of ‘real’ people. As a world of gap years and academic exchange programmes, of holidays in Tuscany, and of wonderful pasta washed down with fine wine.

If the cultural benefits of EU membership are perhaps felt most strongly by people like Grayling, the down-side of Brexit will be felt most acutely by the poor, the marginalised, and the exploited. If he is to make real advances towards his goal of stopping Brexit, Grayling and others like him must stop preaching to the converted, and engage meaningfully with such groups. (I think this may take Grayling too far out of his ‘comfort zone!)

My second objection relates to Grayling’s characterisation of the ‘remainers’.  Are remainers really such a united and reasonable bunch as Grayling suggests? The case is clearly more complex. Some are Conservatives, others are liberals, or socialist egalitarians, some are even communists. And some vote unreflectively in accordance with their wider prejudices.

It should at this stage (in order to avoid any confusion) be made clear that I am a remainer. But my reasons for wishing to remain in the EU are quite different not only to A.C. Grayling, but also to free market globalizers such as Sir John Major and Tony Blair. I am critical of precisely those aspects of the EU which these politicians find so wonderful. The vision of a social Europe I support, as I do the idea of a Europe that comes to the aid of those fleeing war, oppression and torture.

The neo-liberal vision of Europe, with its evangelical support for deregulation I find far less desirable. And this is not to mention the neo-colonial attitude taken by many EU politicians to Asia and Africa. (Which set of ‘facts’ then should become the basis of a persuasive case to remain?)

The world of Brexit of course, does not represent an  escape from such a nightmare, but rather a more terrifying nightmare. Britain will replace an internationalist neo-liberalism with a pernicious and regressive form of economic nationalism, a world of trade wars with Europe, China and the US. I remain a ‘remainer’ precisely because there is no viable progressive alternative.

And this brings me to the third objection. I do not think that the rational case for remain is as clear cut as Grayling suggests. But it is also the case that reasons are not motivations, unless combined with affects. Simply stating the ‘rational case’ again and again will not stop Brexit. The remainers need to articulate a popular democratic imaginary that works. They must find a way of articulating a vision of remain which is both inclusive (that is it speaks to a wide range of social interests) and exclusive – that is it articulates an understandable and persuasive vision of a common enemy. Right-wing politics can do this quite easily. People like Jacob Rees-Mogg can point their fingers at migrants without being troubled by a conscience. For those on the remain side however, trying to create a more progressive popular democratic imaginary, is – to invoke Brecht – ‘The simple thing. So hard to achieve.’