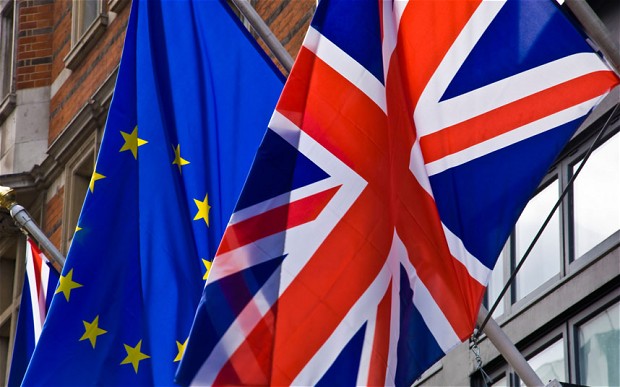 The UK’s place in the world is perhaps the most divisive issue in contemporary British politics. Critics from both sides of the political spectrum rail against the vivacity of European integration, the decline of British influence on the world stage, and the sublimation of law from the national to the international. Globalisation has heralded the diffusion of power and agency from the nation state to that of a multiplicity of interconnected actors, all operating within a broader transnational system that is fluid and dynamic. Such change being accompanied by fragmentation and a re-formation of society, its composition being in flux as traditional Fordist economies were reimagined into a Post-Fordist information society. Civilisation became one of ever greater shift, networked and culturally fluid. It is under these structural changes that citizens of every nation state find themselves ill at ease: The older generation, having borne witness to the rise of a structured and regulated society with security of work and guaranteed welfare are having to adjust to the imposition of a new world order of free markets, flexible employment, and suppressed wages.

New dynamics, new faces, new actors all emerge in a world that has changed so much in the last hundred years that, as Karl Marx once declared “all that is solid melts into air”. The contemporary debate surrounding Brexit is one issue upon a greater spectrum, it is a manifestation of multiple factors, primarily the uncertainty of the future. Refugee and financial crisis, ecological degradation, cultural shifts and the slow death of the welfare state enacted by a common sense neoliberal logic of minimal state, has manufactured within the very core of the European spirit an existential crisis. It has ruptured the certainty of modernity, its emphasis on progress.

For the past 20 years these changes in the global economy have been accompanied by the resurgence of nationalism, the increasing rise of xenophobia and populist parties that suppose an imagined past that must be reclaimed. Globalisation has broken down borders, technological innovation has produced a world connected economically, culturally and politically. Yet all this has been accompanied by the globalisation of crisis. Environmental degradation wrought on by global industry and commerce transgresses national boundaries, migratory flows of a magnitude not seen since the Second World War are spread across much of Eurasia and the Middle East, while the globalisation of capitalism itself engenders ever increasing financial instability. The 2008 financial crisis – the ‘greatest’ since 1929 – finally put to rest the utopianism of Fukuyama and others whose ideals of an ‘end of history’ had come to characterise the post-Cold War zeitgeist.

All this, has engendered a state of ‘reflexive impotence’: People experience the contradictions of the system, but feel no way out. Impotence produces nihilism, which itself may produce destructive acts of consumerism, bouts of rage (the 2011 riots in London come to mind), and apathy towards politics in general. People young and old can find no solace, and no escape. Such nihilism attaches itself to a perverse form of hope, as young and old call for a new form of politics, one that manifests not in hope or redemption, but in a form of destruction. Populism is a reactive ideology, expressing itself during moments of crisis. Various movements across Europe – the Front National, UKIP, Pegida – represent well this extended spectrum of political reaction, and its rightist, populist logic. It is transfixed on destroying the current order but offers no real alternative beyond closed borders and retreat into the mythology of a homogenous, independent and ‘sovereign’ nation-state. That this never existed historically is unimportant; to this virulent form of populist utopianism it is an attractive myth and an extremely effective rallying call.

Venerating the nation, placing it upon a pedestal is dangerous. Foundational to the European project was the hope to transcend conflict, the conflict between nation states. As Alterio Spinelli (a political prisoner at the time) writes in the Venotene manifesto, “A free and united Europe is the necessary premise to the strengthening of modern civilization, for which the totalitarian era represented a standstill”.

Retreat, racism, despair are seemingly the future of Europe. This cannot go unchallenged. The debate around Brexit cannot be left only to the xenophobes, nor should it be reduced to a simple game of economic cost and benefit. Changing Europe, pushing it in a more social democratic direction, acting in solidarity with other Europeans and non-Europeans to forge a new paradigm not premised upon nationalism or modernity but upon human flourishing; this is what is needed to fight the scourge of contemporary nationalism. A British exit would entrench the forces of reaction, it would solidify the worst aspects of the neo-liberal hegemony. A social Europe, one in which issues of climate change, migration, social inequality and justice for all is a goal worth achieving. Destructive hope must be reconfigured into productive hope, one that enacts positive change.

Any exit, would undoubtedly worsen the lives of refugees, migrants, the disabled and working poor as it narrows the capacity for transformation. Globalisation has changed the scope of politics; activism and engagement must now be trans-border, not national, and we must develop an alternative project for social and political rejuvenation. The European Union provides a framework, but complacency cannot be allowed to develop. A new Europe is possible, a future beyond despair and retreat. This author will therefore be voting to remain part of the European Union, for the benefit of Europe, and of Britain. To reclaim the future.