The Zurich speech 70 years later: the Heritage of Winston Churchill 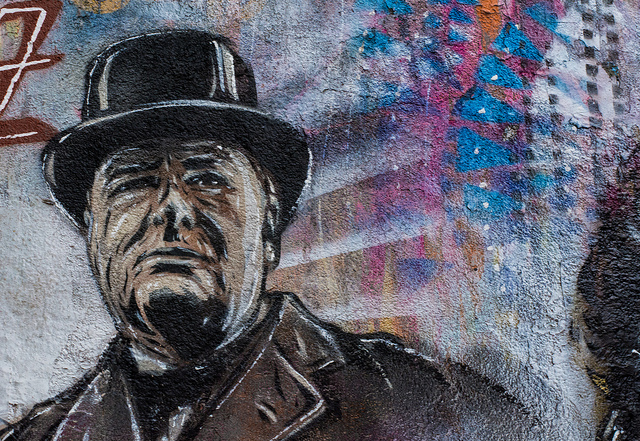 This post is the first of series of posts by CEFEUS Jean Monnet Studentship Holder 2015-16, Francesco Violi on Britain’s European future.

This year marks the seventieth anniversary of Winston Churchill’s famous Zurich speech of September 1946 in which he professed support for the political integration of Europe. It is fitting to begin the year by remembering this most historic of milestones in the long process of European integration.

Winston Churchill was, and will perhaps always remain, the most iconic of British leaders. He spent most of his youth serving as military officer throughout the Empire. During his long political career he served as First Lord of the Admiralty from 1911 to 1915 and was subsequently appointed to a number of ministerial posts over the course of the 1920s. Churchill ascended to the position of prime minister in 1940 and served until 1945. Whilst the previous incumbent Neville Chamberlain had sought to appease Hitler through the Munich Agreements of 1938, legitimating the Fuhrer’s annexation of the Sudetenland, Churchill had advocated a tougher approach. The subsequent invasion of Prague later that year, and Poland in 1939, exposed Chamberlain’s naiveté and saw Churchill’s star rise. Despite allied victory in the Second World War and Churchill’s reputation as a no-nonsense warrior – ‘the leader that Britain needed’ – the general election of 1945 brought the Labour party to power under Clement Attlee. It was not until the Labour government’s collapse in 1951 that Churchill would be returned to power to head his first ‘peacetime’ administration, until his resignation in 1955. By the time he eventually stood down in favour of his successor, Anthony Eden, Churchill was in poor health and never returned to public office, although he did remain an active commentator on public life until his death from a stroke in January 1965.

Churchill was a different kind of ‘Europeanist’ to the federalists and Europhiles with which the term is associated today. His vision of a united Europe was one borne of intergovernmental necessity, perhaps the only means of preventing a further disastrous war in Europe. In an article published in the Evening Post, Churchill asserted that:“We have our own dream and our own task. We are with Europe, but not of it.  We are linked but not combined. We are interested and associated but not absorbed.[i]” Like De Gaulle and other ‘nationalist’ supporters of integration who followed him, Churchill showed little support for the idea of a federal Europe administered from above, nor did he believe integration should move beyond the narrow confines of security, which remained the ultimate end of Churchill’s pro-integration position. Moreover, Churchill combined support for European integration with a host of ideals that were seemingly in opposition to it; he was a fervent supporter of the British Empire, a patriotic nationalist, and an old-school realist when it came to questions of foreign affairs. Skeptics, with some justification, saw his embrace of Europe as a political tool to embarrass the Attlee government, since many of the Labour ministers opposed integration.

Nonetheless, Sir Winston Churchill will remain one of the most important figures in the history of the European project. Whether or not he truly believed in the benefits of European integration as we understand the concept today, his support for the European project at such a crucial turning point in global history afforded it additional gravitas, and cemented Churchill’s reputation as one of the founding fathers of an important ideal. The obliteration and despair caused by World War II in Europe, the efforts made by Britain to defeat the Axis, and the new danger of Soviet imperialism – his ‘Iron Curtain’ speech had been delivered several months previously in March – all forced Churchill to reflect on the future of the European nations in the new international order. Churchill’s interest in the idea also had more historical roots, notably from his close relationship with the former French prime minister Aristide Briand and an his idea of federal union, as well as a general fascination towards the USA and the historical construction of the American state (Churchill’s mother, incidentally, was American).

When Churchill gave his speech on 19th September 1946 at the University of Zurich he was not in office, although he carried the gravitas of a famous wartime leader nonetheless. His words, moreover, were very powerful and loaded with significance given the climate of destruction and the context of the time. For the first time one of the victors of a major war was pushing not for punishment, restitution or reparation, but for cooperation through the creation of a “kind of United States of Europe[ii]”. Churchill believed European civilization had been put in peril by the rise of German nationalism and by its hegemonic ambitions. Avoiding the mistakes made by the powers at Versailles meant rethinking the traditional model of victors’ justice so often applied by the ‘great nations of Europe’ in the past.

Long-lasting political and economic hostilities between France and Germany, Churchill claimed, had been the main cause of the Second World War, and these needed attending to. The solution lay not in humiliating Germany, but by restoring the German economy and democratizing its political system, bringing the country firmly into a reconstructed European order: “The first step in the re-creation of the European family must be a partnership between France and Germany. […] There can be no revival of Europe without a spiritually great France and a spiritually great Germany”. The new system, Churchill argued, should be based on freedom, mutual convenience and the principle of international equality.

Nonetheless the Zurich speech is the clearest example of Winston Churchill vision of the future of Europe and of the World after the end of the War. Churchill’s vision was based on the creation and sustainability of the United Nations as well as a host of regional organizations, of which Europe was to be one. For Churchill these institutions would be complementary: “There is no reason why a regional organisation of Europe should in any way conflict with the world organisation of the United Nations. On the contrary, I believe that the larger synthesis can only survive if it is founded upon broad natural groupings.[iii]” According to his vision, the Council of Europe should have been the first step towards the creation of the United States of Europe: “If at first all the States of Europe are not willing or able to join a union we must nevertheless proceed to assemble and combine those who will and who can.[iv]” Moreover, Churchill’s support for a united Europe fitted with his broader strategic outlook, which saw British power inhering not in its military or economic might but through its unique position at the centre of three crucially important international networks: the British Commonwealth, the nations of Europe, and the ‘special relationship’ with the United States. This concept of power had important consequences for Churchill’s approach to Europe; if British power and influence depended on its ability to link these three networks, then European integration would always be inextricably linked to the British national interest and calculable even by ‘realist’ terms.

History, of course, went in a different direction to that envisaged by Churchill. Britain failed to transform and manage its Commonwealth in the way he had wished, while the Anglo-American relationship proved (understandably) to be rather one-sided. European integration proceeded, but without British involvement, owing to significant pockets of Euroscepticism in both major parties and De Gaulle’s successful efforts to veto the entrance of an Anglo-Saxon Trojan horse into the European club. It was not until 1973 when Conservative prime minister Edward Heath took the United Kingdom into the EEC. Nonetheless, Churchill’s Zurich speech of 1946 constituted a major milestone in both British and European history, marking the first major commitment by an influential British statesman to European integration and spurring on the pan-European project at a crucial time in its history.

[i] Von Bismarck, H. (June 13th, 2012),“With Europe but not of it” – An exclusively British Attitude. The British Scholar Society. Retrieved from http://britishscholar.org/publications/2012/06/15/with-europe-but-not-of-it-an-exclusively-british-attitude/ 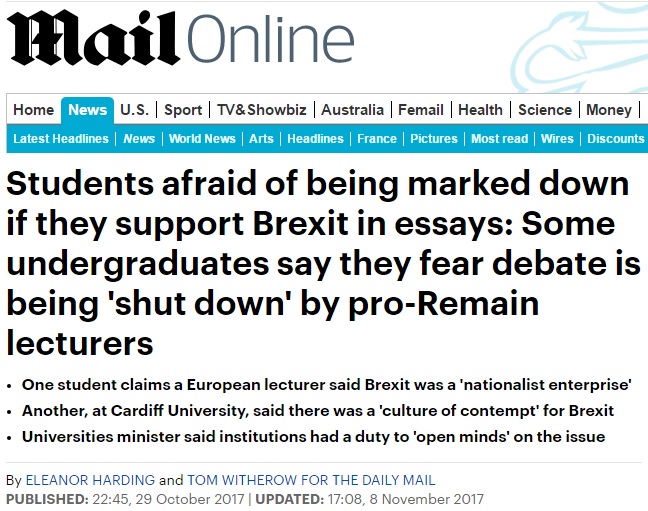