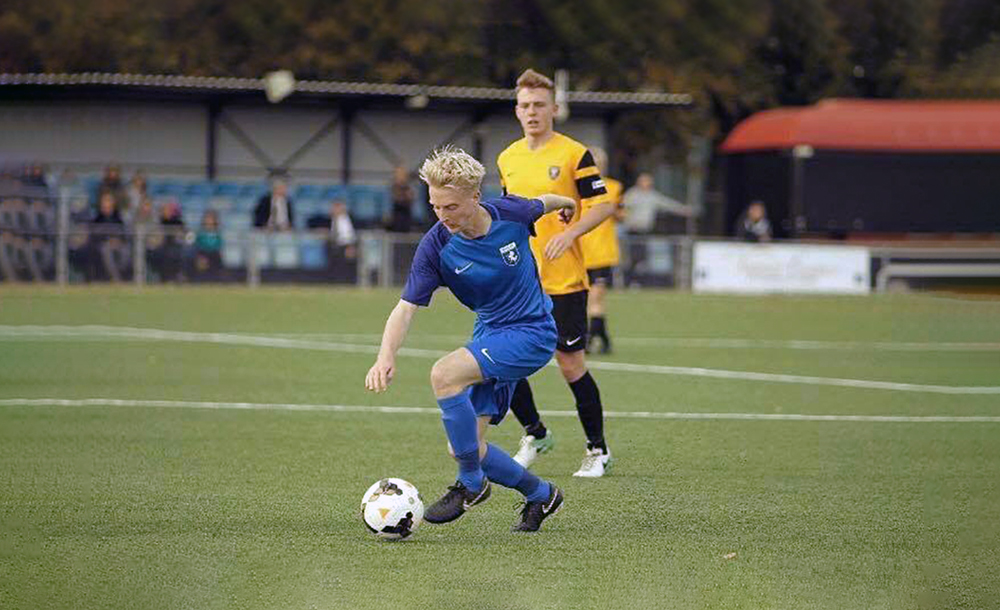 Tom Barton, Football Sport Scholar, reviews his sporting career and how University has impacted both his game and his experiences within the sport.

‘I started off my footballing career at Herne Bay Harriers FC when I was just 5 years old. Having two older brothers who both played meant that kicking a ball around in the garden was one of my first memories. At the age of 8, I was selected to join Gillingham FC Centre of Excellence. Between the ages of 8 – 13 I was playing for Gillingham in the age group above my own, with a few other individuals who were excelling in our group. This all came to an end when a few injuries and some outside commitments meant that, for a period, I fell out of love with the game – spending a few years playing in the Kent League. Since leaving Gillingham, I have played in various different football tournaments around Europe – one of my most fond memories was playing in the Gothia Cup in Gothenburg, Sweden. From the age of 16 to 18 I represented Kent FA, Kent Schools FA and Maidstone U18’s where I enjoyed my two most successful years of football. Maidstone played a huge role in my development as a player giving me opportunities to train with the first team and gain some important experience. Whilst playing my Under 18’s football I joined Canterbury City FC in the Southern Counties East Football League where I gained by first taster for men’s football. I was lucky enough to make it to the final round of the England Schoolboys trials however unfortunately narrowly missing out on a place in the side. I am currently playing my football at Herne Bay FC in the Bostik South East Division where I am enjoying my time playing at a semi-professional level.’

Tom was initially reserved and hesitant when arriving to the football trials at Canterbury Christ Church University, however he found that all of the current squad members were extremely welcoming to individuals participating in the trial.

‘I was lucky enough to have been offered a sports scholarship from the University and I was then selected to be in the 1st XI for the football team. After gaining my place in the 1st XI we had our first training session the following Monday, the training sessions are run by highly qualified coaches who are always extremely enthusiastic when giving their time to help us develop as players. I have played at a variety of different levels but the training sessions run at University have to be some of the most enjoyable sessions I have been apart of.’

Football matches are held on Wednesday afternoons, where home games are played at Stodmarsh playing fields in Canterbury. All teams meet at Old Sessions House before travelling to a fixture.

‘After the game, on a Wednesday evening, all sports teams go to the Student Union for socials. Each week we have a different theme to dress up with and play games and other activities at the Student Union, eventually ending up going out afterwards.’

‘Socialising is a huge part of the lifestyle when playing in sports teams, and it is extremely important to do that to get to know the individuals in the team. The players from previous years were always extremely welcoming and friendly to all freshers and really helped all the freshers feel part of a team. The football team plays a huge role in my University life and is something that I would suggest every single University student to consider when going to University.’

@CCCUStudents: By joining our lovely friendly Ambassador Team, you can earn while you learn, build your CV and help to welcome new students to #CCCU. ➡️Apply now - https://t.co/T4j7voYEly ➡️Find out more at the Student Recruitment Fair on 25 May - https://t.co/aHp4ZWNvXw https://t.co/uIX6YWbNqE 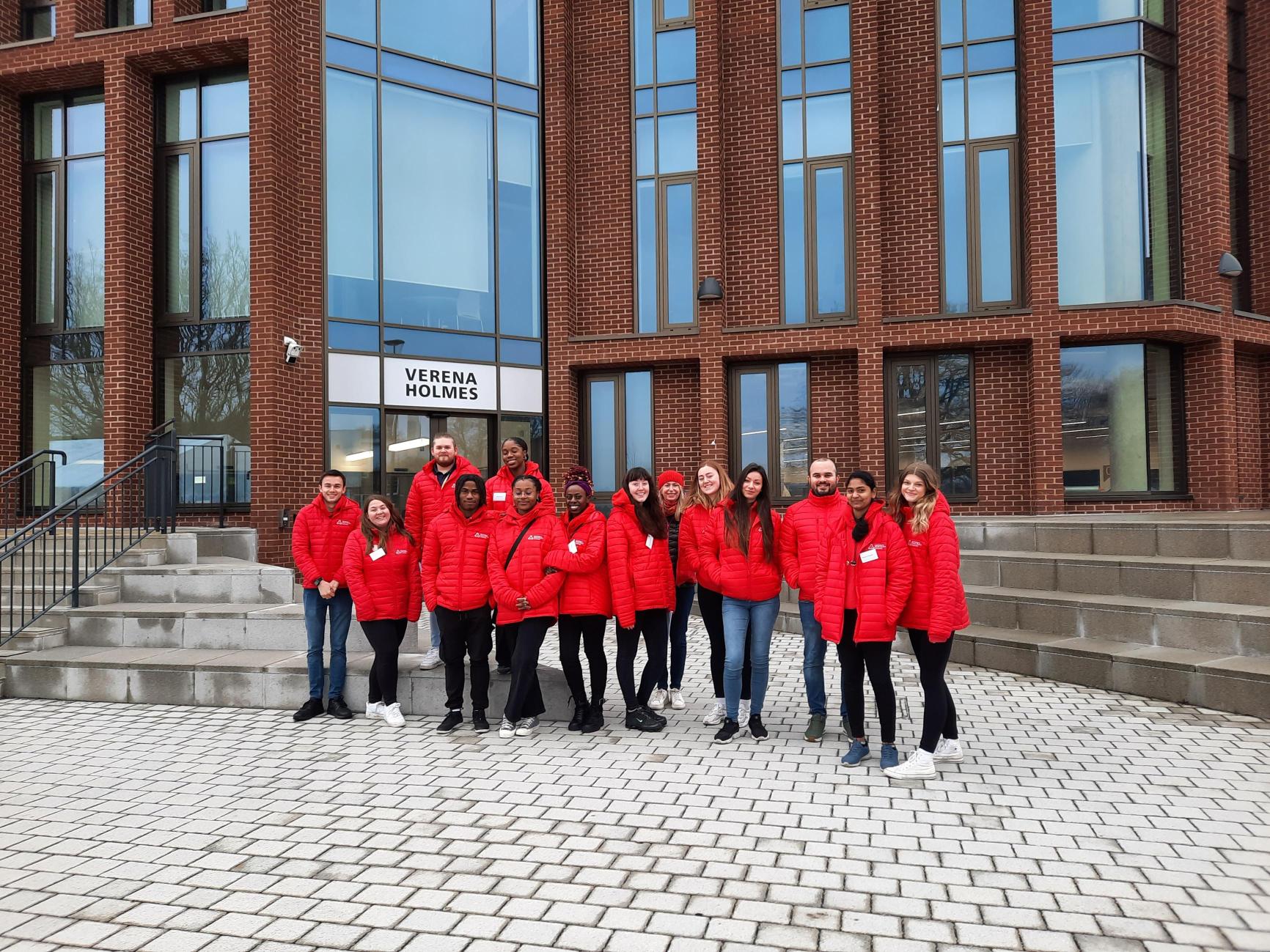 @tjd5900_tom: @CCCUSport loves this app.. I get to go out for a 5k trail run last night and that helps me have a isotonic drink for the afternoon gym session. Planning a big ride to pay for a couple of spiced chai treat next week @KristyHowells1 get on it if not already. Skate to squashies https://t.co/5x1An04otS 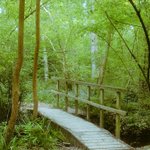 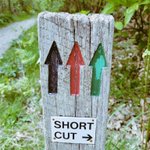 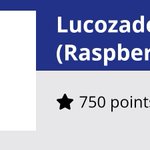 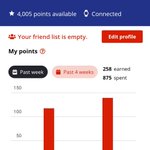 A fantastic opportunity to join the Sport & Active Team at Canterbury Christ Church University! We are looking for a Senior Customer Service Advisor to join our enthusiastic, vibrant and friendly department 🙌 Find out more: https://t.co/uguZIRURFl
@CCCUSport

@CCCUMoves: 🥳 New Updates! Christ Church Moves has some exciting new updates, including the ability to add Garmin as a tracker, major code updates for Fitbit and Withings and design updates! Please ensure you're running the most recent version of the app. #CCCUMoves https://t.co/WfzTnQmv1N 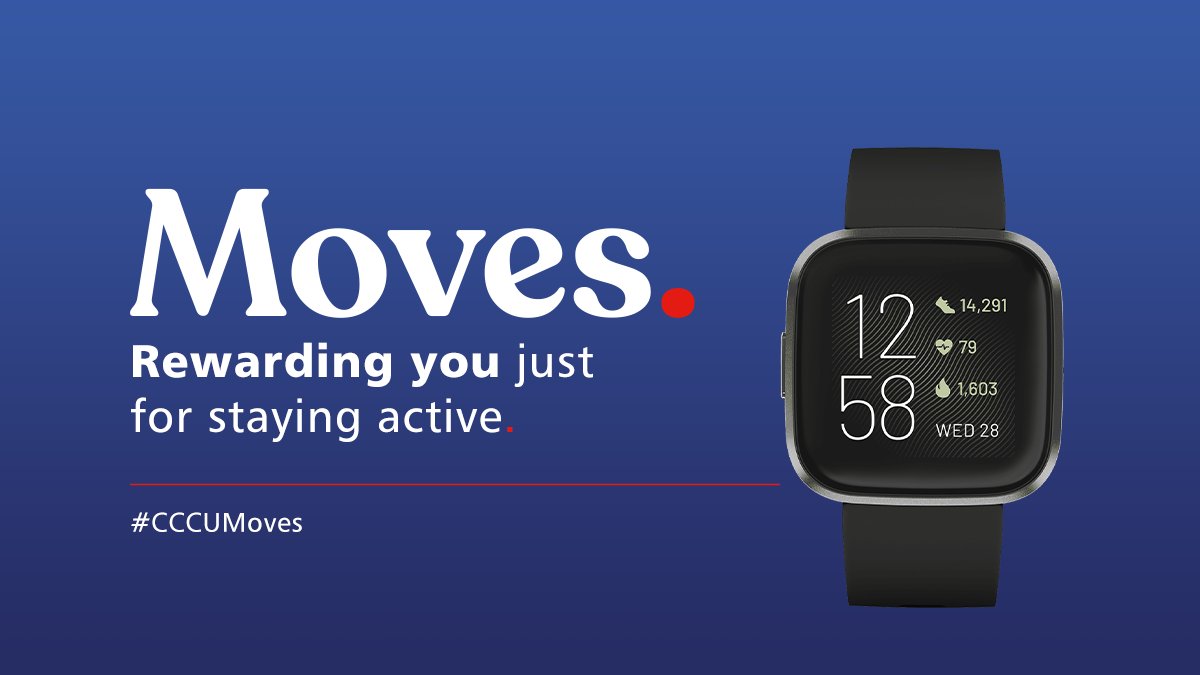