Lovely to finally see this neat little book which I am delighted to be in. Religion and Education: The Forgotten Dimensions of Religious Education? Editors: Gert Biesta and Patricia Hannam https://t.co/1mO6j36kIw https://t.co/izBwEKJ9Wg 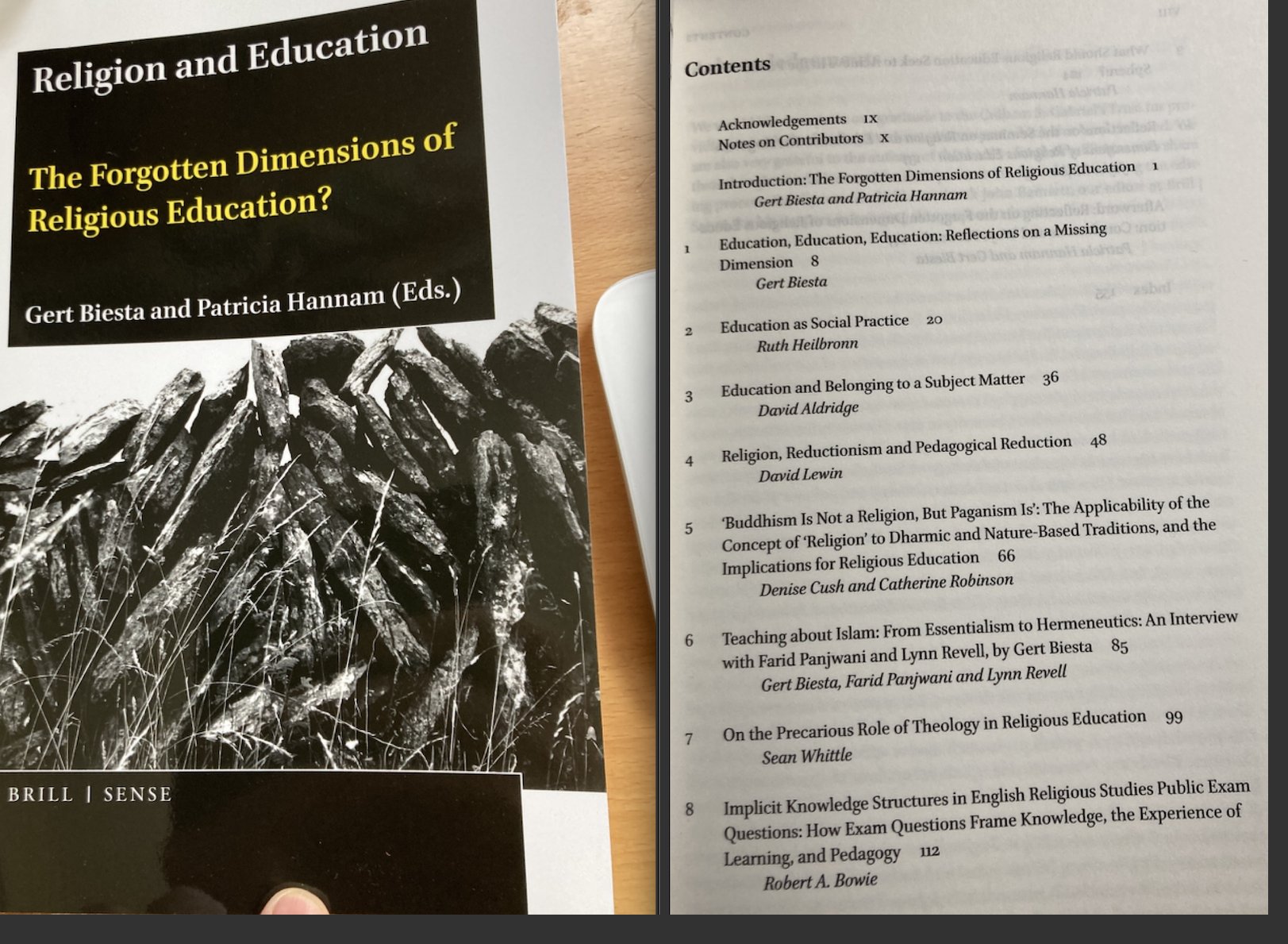 The first Growing Faith podcast is now live, including an interview with Dr Ann Casson, and the voices of young people from Southeark Diocese. (And as a bonus there's an uncut version of my interview with Ann looking at her Faith in the Nexus research.) https://t.co/xXoJsyobJZ

Download the new Faith in the Nexus report which shows the fruitful ways in which twenty church primary schools facilitate opportunities for the exploration of children’s faith/spiritual life in the home. https://t.co/MSAhpOpvR8

You can now book your tickets to the free Faith in the Nexus Conference on Nov 18 https://t.co/JHdcK1AMPb

Trevor Cooling remembers and writes about the impact and influence Paul Hirst had on him as a student and in his academic career https://t.co/OwZBvUHs5X
Follow @CCCUChristianEd

Tribute to Professor Paul Hirst who died on 25th October 2020.

Trevor Cooling remembers and writes about the impact and influence of his tutor, Paul Hirst on his own thinking.

9th June 2011 was a big day for me; I gave my inaugural lecture as Professor of Christian Education at Christ Church (https://www.youtube.com/watch?v=ZCedF10YJfk). The phrase Christian Education is not widely used in the UK (unlike other parts of the world); I know of only one other person who has taken this professorial title, the Catholic scholar John Sullivan at Liverpool Hope University. I chose it because of the influence of one man, Professor Paul Hirst.

When I first encountered Hirst in 1972, he was an up-and-coming sensation in the philosophy of education. As part of the London School (in association with RS Peters) he pioneered a rationalist approach that sought to base education on the principles of reason. The prestigious Philosophy of Education Society of Great Britain, which he founded in 1964, is part of his legacy. Hirst’s ideas had a profound and lasting influence on British education. I often hear them in training sessions and read them in the academic literature from people who have never heard of Hirst. The greatest tribute to an influencer is to have your language adopted by people who have no idea where it came from. Hirst achieved that.

In 1972 I was a student at Cambridge, newly studying the Education Tripos. Hirst had just arrived as our new professor. Our set text was his The Logic of Education and we were inducted into forms of knowledge and his other philosophical ideas. I remember him as a flamboyant lecturer, immaculately turned out and a master of the art of rhetoric and persuasion.

As a young Christian, the thing that really provoked my interest was Hirst’s assertion that Christian education was a “contradiction in terms”. His argument was that Christianity was a controversial belief system, whereas education should be based on universal human reason and established knowledge. To put the words “Christian” and “education” together was, for Hirst, a contradiction in terms. To make the point clear, he classified educational approaches as either “primitive” (faith-based), where indoctrination prevailed, or “sophisticated” (reason-based), where rational autonomy prevailed. As Cambridge students we were taught this as established fact.

However, this was a problem for me since I was committed to the idea that being a Christian fundamentally shaped how one approached the educational task. It was a problem that other students shared. So, we got together to search for counter arguments. We unearthed an academic literature in the North American Christian Reformed tradition that took seriously the notion that all truth is God’s truth. Rather pretentiously, we published a paper challenging Hirst’s views about Christian Education. We were told that he was somewhat miffed by this, which is understandable given that we never consulted him, but also a little sad as, looking back, I see it as a huge tribute to his inspiration.

The interest that Hirst sparked in 1972 led me first to an MA and then a PhD in which I sought to grapple with the “contradiction in terms” challenge. These formal courses went side by side with a career as an RE teacher, then work for a Christian education charity, the Church of England and, finally, ten years as a professor at Christ Church. I am still convinced that Hirst was profoundly wrong about the contradiction in terms, but am now convinced that he was profoundly right to want to distinguish between primitive and sophisticated forms of education. He just did it on the wrong basis.

I am not, therefore, a Hirst disciple. But at the sad event of his passing away, I bear testimony to the massive influence he had on my life. His ideas inspired a life-long intellectual pursuit. At my inaugural, nearly forty years after I first encountered Hirst,  I described myself as “Professor of Contradiction in Terms”. What greater tribute can there be to a teacher than that?