Takeaways from Fairtrade Fortnight’s: ‘Fairtrade and the Climate Crisis’.

Takeaways from Fairtrade Fortnight’s: ‘Fairtrade and the Climate Crisis’. 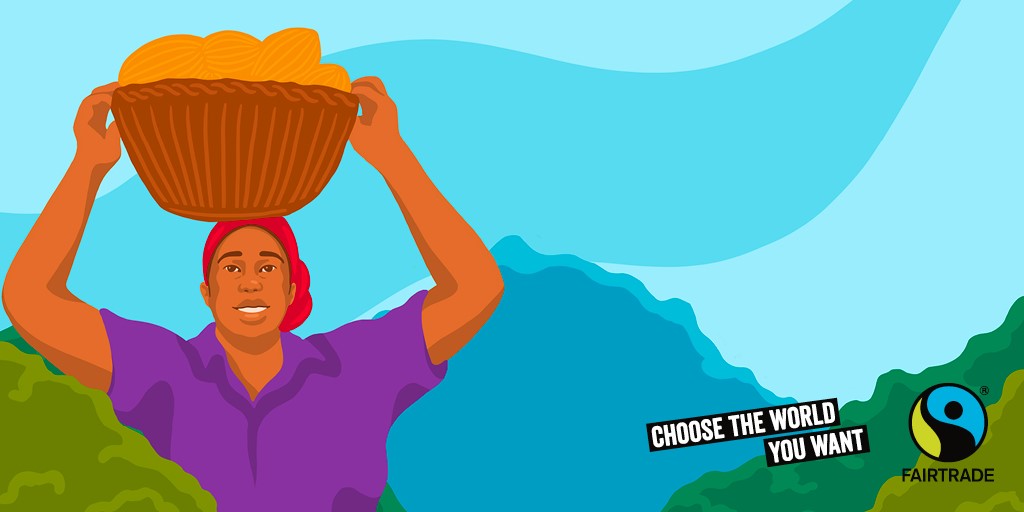 One of the events run for Fairtrade Fortnight (which finished last week) that was open to the public and that caught my interest was a discussion about how Fairtrade and Climate Change go hand in hand. As someone who has a keen interest in both the environment and social justice, this intrigued me because I knew that they were linked but I wanted to know more, so I went along – and here are my thoughts.

First of all, the key thing to remember is change can start at the bottom, but in order to be effective we need to embark on systemic change. Some encouragement that we heard at the beginning of the meeting was that there had been a call with some MPs and one of the Fairtrade tea farmers based in Kenya where he was able to show them around the tea farms that Fairtrade worked with. More on this tea farmer later…

Climate change is causing significant problems in the farming industry because of the impact that the unpredictability of the climate is having on crop planting, growing and harvesting. Income inequality and climate change are inexplicably linked because if farmers are relying on crops to survive have their entire crop wiped out by lack of rain or excessive amounts of rain then their ability to recover limited.

Smallholder farmers manage over 80% of the world’s 500 million farms and rely on them for their livelihood.

The impact of climate change goes beyond more volatile, less predictable seasons, it also causes floods, droughts and high temperatures; all of which negatively impact crops. Farmers also experience more plant diseases, loss of fertile land, crop destruction and a lack of food. This doesn’t even take into account the impact of COVID, which has seen crop prices falling and a loss of access to markets, in some cases almost overnight, with things such as tea and flowers.

So, what difference does Fairtrade make here? Fairtrade producers have the minimum price below which the price cannot fall. This provide farmers with a level of stability that isn’t just financial but is also mental and physical security. Fairtrade farmers are also given a Fairtrade premium, which is an additional sum of money that the farmers within their co-operative can democratically vote on what to do with.

This encourages the farmers to self-sustain but also function within their local community.

The benefit of Fairtrade were seen in Honduras, where devastating and widespread flooding and landslides caused crops to be destroyed. The coffee crops play an important role in the Honduras economy, and were heavily affected by the climate change issues. The Fairtrade premium policy proved to be a sort of saving grace, as it allowed the farmers to diversify and create a plant that grew cocoa instead, thus the Xol Factory was born.

In a country where gender roles are very traditional, Xol are seeing female management and being female led. Although this isn’t directly Fairtrade, it is almost better because it is fair trade facilitated and it is done democratically putting the focus on empowerment. You can read more about what is going on, here and here.

Now, here is a little bit more about the tea farmer that I mentioned earlier. Patrick, a tea farmer from Kenya, spoke to MPs directly during Fairtrade Fortnight, explaining to them why this is in an issue NOW and one that needs their support. The unpredictability of the seasons causes the rain to come at irregular patterns and was causing the crops to wash away and the roots to be damaged because it came in significant bouts.

The Fairtrade premium allowed Patrick to adapt the crops to be more resilient and also teach the other farmers in his community why this process was necessary. Without the help of Fairtrade, the farmers would be struggling as a direct result of climate change.

One of the important messages that I took from this session was the importance of reminding people that this is about more than just looking for a logo. It is about the humans behind our food, it’s about getting justice for THEM. If you take one thing away from this post, I would love it to be that Fairtrade is about the PEOPLE it helps. If you want to read more stories, the Storytelling Tent from the event is an amazing resource at your disposal and is definitely worth checking out.

Just to reiterate one other takeaway from the event, addressing income inequality is only one branch of the issues that we face in the world, and is something that cannot be divorced from the other environmental, social and economic standards in order to improve the overall situation.

If you want to know more, head to the Fairtrade website and have a browse. Some great resources can be found in the On Demand section or if you’re a chef, then the Foodie Tent is also worth a look and the Storytelling Tent is definitely worth looking through. Also have a read of this blog post from farmers on the front line.