Palm Oil: what is it and why is it controversial?.

Palm Oil: what is it and why is it controversial?. 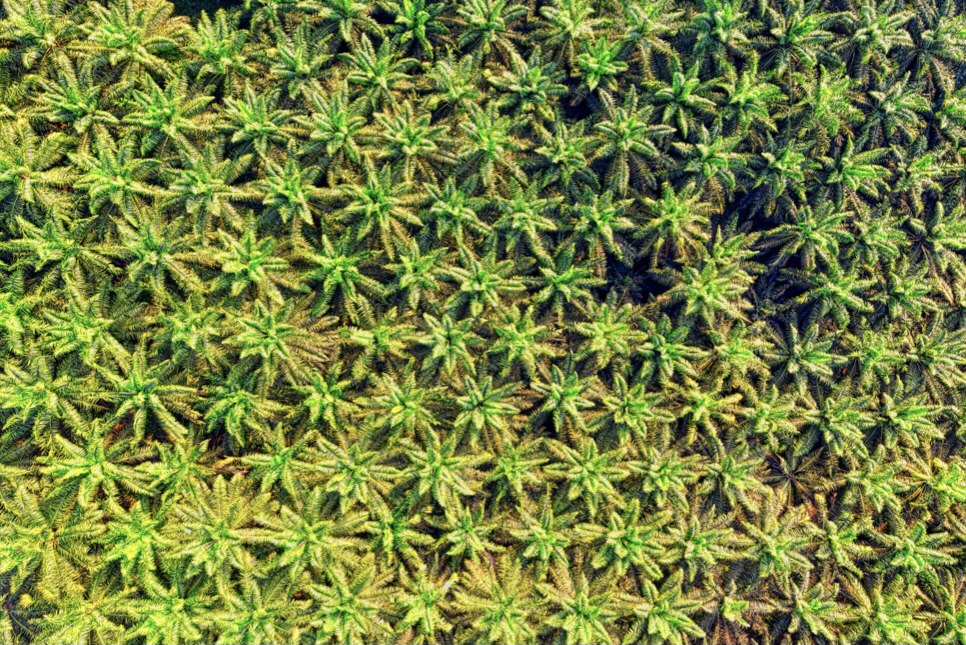 Palm oil was a big topic of conversation a few years ago, but since then it seems to have slipped off the radar a bit. So, we thought we would do a bit of a refresher for you to remind you what exactly it is and why it’s controversial.

What is Palm Oil?

Palm oil is an edible vegetable oil that comes from the fruit that is grown on the African oil palm tree. Though the trees were originally only found in Africa, they are now grown in Asia, North America and South America, which came as a result of increased demand for this versatile oil.

So, one of the perceived benefits of palm oil is that it’s free of trans-fat but the reality is it has a high saturated fat content, which have potentially negative cardiovascular health repercussions. Although no specific data identifies palm oil as the sole cause of health issues, there are other oils that can and are encouraged for use in cooking instead.

What’s the problem with it?

The main issue that people actually have with palm oil is that is extremely harmful to the environment and our plant. In order to produce palm oil, the fruit is collected from the trees, which can live an average of 28 to 30 years. This is natural and isn’t something that is harmful to the planet, but the issue comes when the tree grows too high. Taller trees make the fruit more difficult to reach, so they are cut down to make room for new trees – contributing to deforestation. To keep up with the incredibly high demand for the cheaply produced oil, acres of rainforest are being cut down, which is leading to a loss of animal habitat for endangered species.

For instance, there is research that suggests that since the turn of the century the quest for palm oil has led to the death of over 100,000 orangutans. Other animals that are put at risk due to deforestation include elephants, rhinos and tigers.

Another issue that has been born out of the high demand for palm oil is that instead of constantly planting and rebuilding in the forest, those in the palm oil industry are simply destroying forests and replacing them with palm oil plantations. Some of the statistics around this subject are staggering. More than three-quarters of Indonesia’s Tesso Nilo national park, home to tigers, orangutans and elephants, has been converted into illegal palm oil plantations. Globally, 193 critically endangered, threatened and vulnerable species are threatened by palm oil production. Around 24 million hectares of rainforest were destroyed in Indonesia between 1990 and 2015, according to official figures from the Indonesian government. That’s an area the size of the UK. That is how bad the problem is. Two of the main causes of this destruction are palm oil and paper companies.

But can you avoid it? Well, you can try but it can be difficult because it is used in lots of products as it is such a common ingredient around the world. Don’t just look at typical food items either, palm oil can be found in shampoo, bread, toothpaste, detergent and even chocolate.

What about sustainable palm oil?

You may have heard of sustainable palm oil and think that’s a good alternatively. It is arguably better than regular palm oil but procced with caution because here is the thing, it took 14 years for the Roundtable on Sustainable Palm Oil (RSPO) to ban its members from destroying forests – which it finally did in November 2018.

So here is a little history about sustainable palm oil. In 2004, the palm oil industry set up the RSPO, where their members can have their palm oil ‘certified sustainable’ and brands using this palm oil get to claim that their palm oil is ‘sustainable’. Despite the RSPO not even having a rule for the first 14 years preventing the one of the biggest issues with palm oil, even since the rule was introduced, they haven’t been enforcing it. So, RSPO members are still destroying forests and getting away with it.

RSPO members were right at the centre of Indonesia’s 2015 forest fires crisis. In 2019, the fires returned and roughly three-quarters of the fires linked to palm oil companies were on RSPO members’ land. This means that so-called ‘sustainable’ palm oil growers are, in some cases, at the forefront of Indonesia’s environmental crisis.

Back in 2010, some of the world’s biggest brands promised to protect forests and clean up the palm oil industry by 2020. That marker has been and gone yet companies are miles away from ending deforestation for palm oil. Part of the problem is that many still don’t even know where their palm oil comes from. In fact, there’s no way for brands to tell how much forest is being destroyed to supply them with cheap palm oil.

Brands have broken their promise to clean up the palm oil industry. To save Indonesia’s rainforests brands have to use less palm oil – and any palm oil they do use must come from suppliers that are 100% deforestation-free.

Those of us who are concerned about the issue and fortunate enough to be born in an economically dominant country, need to acknowledge the right of other countries to develop too. An outright ban on palm oil would hinder economic development – and if more producers move towards sustainable certification this will help tackle labour abuses and ensure fair conditions and wages for employees in the palm oil supply chain.

It’s also important to recognise that palm oil itself isn’t bad. In fact, oil palms are the most productive oil crop in the world!

If the international market for palm oil disappears, production will switch to an alternative crop. At a lower yield, this would require even more land, which would increase deforestation and make the problem worse. Boycotting palm oil could also drive the prices down, making it more attractive for biofuels and livestock feed. This could actually increase demand and experts have warned that a blanket boycott of palm oil will only shift the problem elsewhere, or worse, exacerbate it.

The best resource you can use is this score card that WWF has created for palm oil buyers. If you want to learn more about palm oil, the WWF has got you covered.

Until the brands stop purchasing from producers linked to deforestation, palm oil will continue to be a major threat to the rainforest and its inhabitants.

Whether or not to boycott palm oil altogether is a decision for each individual consumer, and each company with palm oil in their supply chains. As with all ethical and sustainable issues, the choices are personal.

There are many smaller ethical brands who only use responsibly sourced palm oil, or who boycott it completely – which shows it can be done.