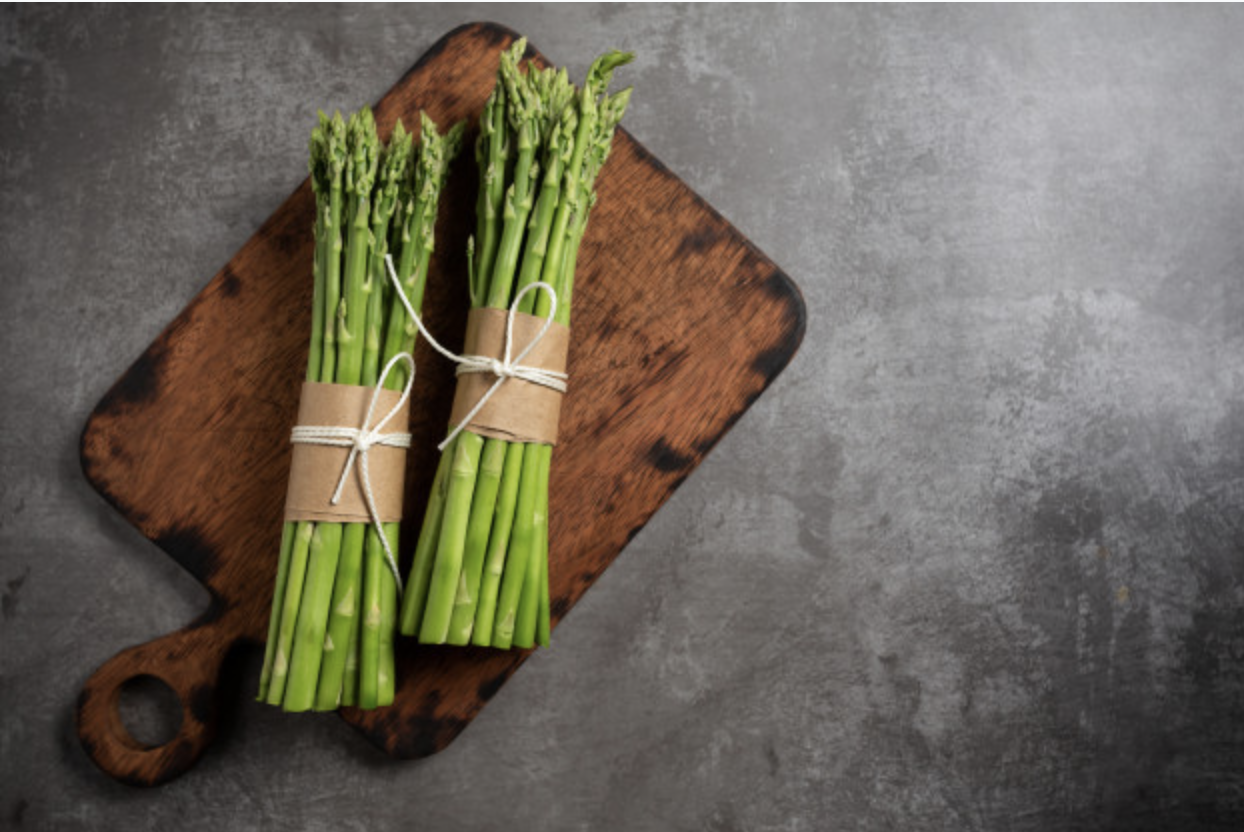 The season typically begins on St George’s day in April and ends at the Summer Solstice in June meaning we are now just passed the peak of the English Asparagus Season. If you haven’t enjoyed what nature is providing us with, you have been missing out!

Unlike imported Asparagus, the English varieties are much fresher in the supermarkets. Typically asparagus is imported from Peru and can be up to a week old when it arrives on the shelf, it also has much higher CO2 emissions attached to its journey as it is flown into the UK to maximise freshness. Therefore not being sustainable.

The English varieties also have a greater nutritional value compared to imported varieties. A study by the Regional Food Group focusing on the nutritional content of Yorkshire asparagus compared with varieties imported from Peru, Spain and Italy, showed that the English variety contained up to seven times as much anthocyanin and up to twice as much chlorophyll – a superfood antioxidant believed to prevent cancer mutations in cells.

Other vitamins in Asparagus include A, C and K, as well as containing antioxidants and folic acid.

How to cook Asparagus

Asparagus can be enjoyed raw, roasted, boiled, fried, basically anyway you can think of. If cooking it only takes a matter of minutes until it is cooked through. You want to maintain a little bite in the middle otherwise you risk getting a very strong asparagus flavour (think Brussel sprouts –I know they taste completely different– but if they are over cooked they can be a bit much). Also, before cooking snap the asparagus stems near the bottom. They should break with little force. This ensures the woody bit is off and that the asparagus is nice and fresh. Where it naturally breaks is the perfect spot.

Personally, I like to fry my Asparagus with a little butter, garlic and seasoning and serve with spinach as a side dish. I put it all into a frying/sauté pan with a little water for about 4 minutes until the Asparagus has become a more vibrant green colour. It is also nice served with a splash of lemon.

One thought on “#Livingwell | Asparagus in Season”