Lessons on Climate Change and How Conscious Consumption Is Key.

Lessons on Climate Change and How Conscious Consumption Is Key. 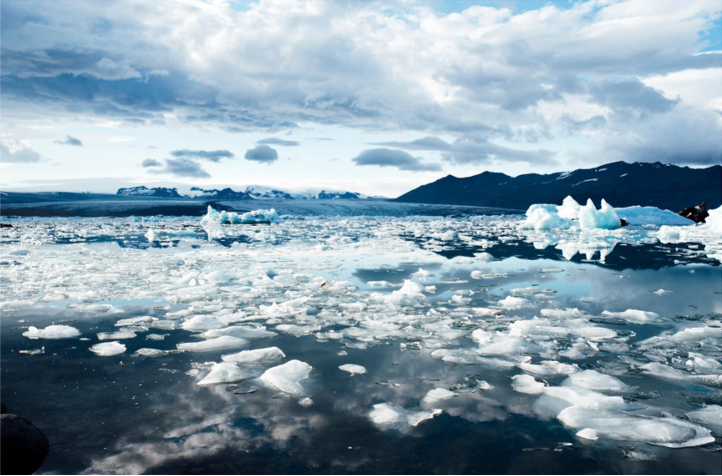 Here is the thing, we are so good at telling you about the solutions, but we shy away from the bigger issues and what exactly is wrong with the planet and basically why you should care.

The fact of the matter is the Earth is in deep trouble. The phrase global warming is something that is often mentioned but rarely explained. But, it has been happening since the Industrial Revolution and has happened as a result of the burning of fossil fuels and the huge increasing in greenhouse gas emissions. Greenhouse gases can be identified as a group of compounds that are able to trap heat (longwave radiation) in the atmosphere which is keeping the Earth’s surface warmer than it would be if they were not present. The issue is, the more heat that they trap, the warmer our planet gets and the domino effect of this is known as climate change because it is what is happening as a result of this abrupt increase in the Earth’s temperature.

This graph is from the Climate Central website and the numbers released at the beginning of 2020 show that 2019 was the 2nd warmest year on record. Not only this, 2019 marked the end of the hottest decade ever recorded. Not to mention the fact that when this data was published, the previous five years were the hottest five on record for the second year running.

Now you may be thinking “this data is outdated, 2020 was much better for the planet, everyone says so”. Whilst this is true to an extent, there is scientific evidence to suggest that thinking that 2020 has solved the problem is naïve. Climate Central posted a report just one week ago (at the time of writing) stating that the statistics prove that the ‘coldest days are not as cold’. If you fancy having a read, the link above will give you the full report, but the main takeaway is that 98% of the 244 locations where the annual lowest temperatures were taken, recorded a rise of at least 1°F in their yearly coldest temperatures since 1970. Whilst this was taken from data in the United States, it can still be taken as an indicator that the problem hasn’t gone away.

To understand this further, and to explain why it can be proved that humans are indeed at fault, we need to go back to the Industrial Revolution. Before this occurred around 80% of the world’s population was engaged in farming and manufacturing was done within people’s homes using hand tools and basic machines. This was seen as the Agricultural Revolution. Industrialisation saw the change from basic machines to powered, special-purpose machinery, factories and mass-production.

Now that is a huge simplification of what I did whole topics on when I was in secondary school history classes and there is a lot of other things that were factors, including colonialism, capitalism and globalisation. But I won’t go into those because they are complicated, and I know a lot of people would just switch off which isn’t the intention of this piece at all.

The key thing to remember is today less than 1% of people list their occupation as farming. That’s not to say that all of this advancement is bad; without it we wouldn’t have phones, cars or planes. What I am saying is that this increased production and consumption of natural resources has released huge amounts of greenhouse gases into the atmosphere which is not only hurting the environment but also our personal health.

Greenhouse gases do occur naturally, but it is when they are in excess that they prove dangerous. Carbon Dioxide (CO2) emissions from combusted fossil fuels can be considered the main driver of global warming. If you add in the increased population, over consumption and the instinct to dispose that the culture seems to have created, there is a heighten demand for burning dirty fossil fuels in order to produce more and more and more.

One of the biggest victims of climate change is our oceans. Oceans regulate the Earth’s temperature and provide 50% of the Earth’s oxygen and oxygen is what humans need to live. Records are showing that the global ocean temperature is rising, and warmer oceans have devastating consequences.

An example of this is the CO2 in the atmosphere, which causes a rise of acidity, putting species like oysters, clams and shallow water coral at risk. This risk completely disrupts the ocean’s food chain system and ultimately affects humans who rely on fish protein. These reefs only take up 1/10th of 1% of the ocean’s surface but provide 25% of all species with nutrients and other essentials leaving them dependent on coral reefs.

Something people tend to be more familiar with is the rise in sea level. Oceans getting warmer mean that is swells and higher temperatures cause glaciers and ice caps to start melting. Since 1994, each year on average, the Earth has lost 400 billion tonnes from its glaciers. The chain reaction can be liken to filling up a bathtub, and it causes coastal regions to continuously get flooded, increased extreme weather events and natural disasters. The devastating Hurricane Katrina is a horrific but very real example of global warming.

This is a hugely challenging concept for people to understand, but ultimately climate change refers to the long-term changes to the planet’s climate. The changes are slow, but the ramifications are massive and permanent. It’s important now more than ever to educate yourself on this. We literally only have on planet – so every effort to reduce, reuse, recycle and consume consciously is critical.

So, what can you do? We at the SGO encourage you to make SMALL changes in your DAY-TO-DAY life. We encourage any small step to omit activities that contribute to greenhouse gases or that off set your negative contribution with a positive one.

One of the easy changes you can make is reduce your meat consumption. Did you know that animal agriculture is a huge contributor to environmental degradation? Again, you don’t have go as far as becoming a vegan but making a conscious effort to minimize your meat consumption will make a tremendous difference to your carbon footprint. Globally, food production is responsible for 30 percent of total emissions. Of the 14.5% of global emissions from the livestock industry, more than two-thirds come from beef, largely from fertilizer used to grow grain and from cattle belching.

The Environmental Defence Fund reports that if each American replaced chicken with plant-based foods at just one meal per week, the carbon dioxide savings would be the same as taking more than half a million cars off U.S. roads.

So, what is there to do about it? Here are just a few actionable steps that you can take to do your bit to help the planet.