#actingtogether It’s not all on you: how joining a movement can be world-changing.

#actingtogether It’s not all on you: how joining a movement can be world-changing. 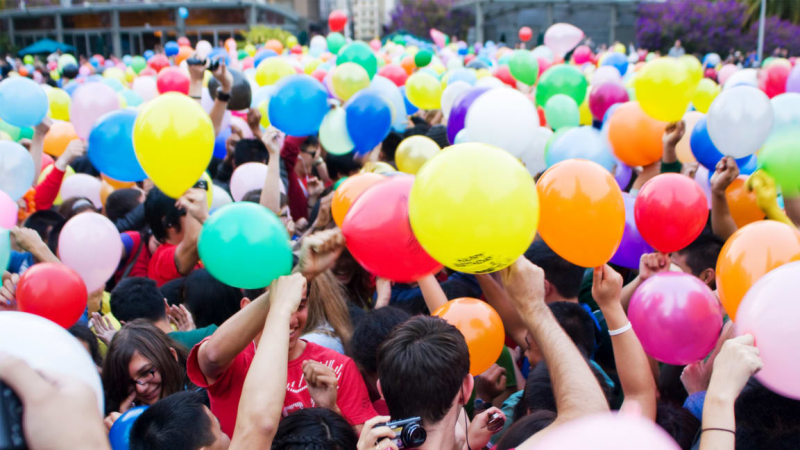 The final instalment of the ‘it’s not all on you’ series has arrived! This is a bit of a challenging post to write because when you research how joining a movement can be a good thing and help change the world, most of the material that you get is different organisations telling you why you should be part of their movement. However, there is something in that which is really important, people need other people for their movement. Nothing is ever changed completely by one person on their own, there are always people behind the scenes that help make it happen. This is a post all about why you should join and how joining can be world-changing.

One in a sea of white noise is difficult to hear, but the more voices that join that voice the easier it is to hear. This principle can be related back to why you should join a movement. If you want your voice to be heard, make your voice louder with other voices.

Pretty much anything you can think of happened because a group of people wanted to achieve something. Going back as far as the Suffragette movement and even coming up to the modern day #MeToo campaign, the change that those movement was asking for were made more and more possible as voices were added because the more support that got behind them, the more people listened and began changing their mind. Even ‘movements’ like the rise of social media can be used to explain this, if people hadn’t begun to use the apps then they would not have been successful, because change starts with a few people and ends with the entire population.

There are so many movements that I can cite that were world-changing and have altered the way we live our life now. Not all of these were fully successful, but are definitely of enough significance to mention here. History is full of movements that were world-changing, from The Protestant Reformation which started in 1517, to the American Revolution in 1776, to the abolition of slavery that was legally outlawed in Britain in 1833 and America in 1865, along with everything in between. Despite what history might imply, Henry VIII is unlikely to have been successful with The Reformation if there wasn’t support for it. This movement started over a century before Henry was even King, so it took more than just him to bring about the change. The American Revolution saw the Thirteen Colonies coming together to defeat the British. They were, without doubt, the underdogs and were warring with each other before turning on their common enemy across the ocean. Imagine a world where America hadn’t won that war, everything would be different. Whilst law wasn’t put in place until 1865, the struggle the enslaved had for freedom started in 1619 when the first people were brought from Africa. The Abolition of Slavery slowly started a change that is still happening today, something that started the world on a path to improve race relations. Whilst slavery isn’t legal in most Western countries, race relations is still a prevalent issue, proving that despite change being suggested at the top, you can’t make change without the people.

More recently, you can see examples of movements like the yearly fundraisers that are run for Children in Need and Comic Relief, which are essentially movements because they wouldn’t be successful without the support of the people. Donating to charity or volunteering your time for a good cause are examples of you using your voice to express a wish for change. Many of the big movements that come to mind in recent years especially in recent years are also related to women’s rights and the push for equality that many are seeking. This movement tends to be linked back to 1848 in the modern era, with varying levels of success over the past decades and centuries.

One of the most important movements that has come out of recent years has been the movement to help prevent climate change, or the Environmental Movement. If you ask your parents if they had any idea what the products they were using and just throwing away were doing to the environment at the time, they would probably have no idea given that many of them would have been using hairspray like it was going out of fashion! Now, you can’t not think about how much impact that plastic bottle you buy from the supermarket has, or how your plastic bag may end up in the ocean harming sea-life. There have been different facets of this movement, including the ‘Fridays for Future’ movement pioneered by Greta Thunburg.

All of these movements change the world in some way. They wouldn’t have been possible without the support of the masses to help them enact and achieve the change they wish to see. Be the change you wish to see in the world, but don’t think you have to do it alone.