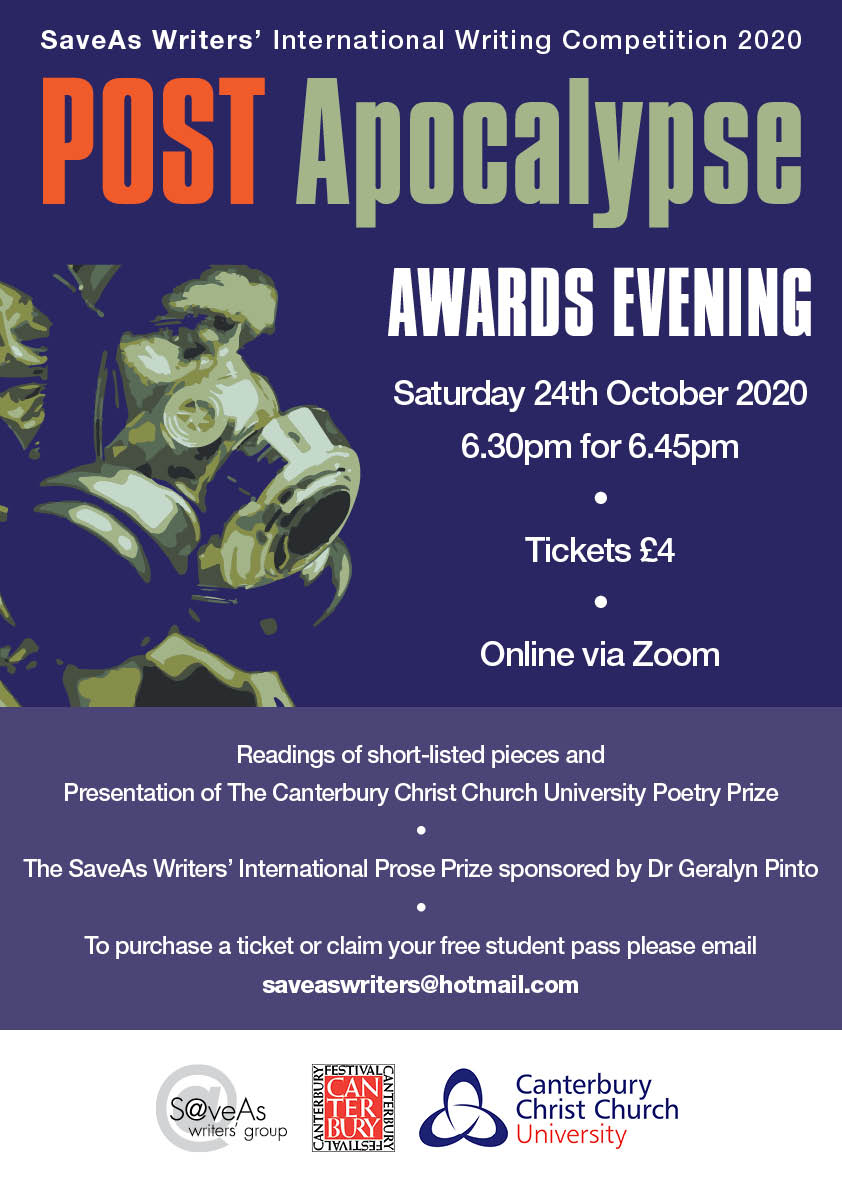 This year’s SaveAs Writers International prose and poetry competitions took on a post-apocalyptic theme in honour of our Riddley Walker celebrations. Entries were received from around the globe, with longlisted writers from the UK, Ireland, Australia, France and the USA.

The winners will be announced at an Awards Evening on Saturday 24th October, which will take place online. Shortlisted writers will be invited to read their entries and judges will discuss the work. To book a ticket (£4) or request a free student pass, email saveaswriters@hotmail.com.

The longlists are as follows: