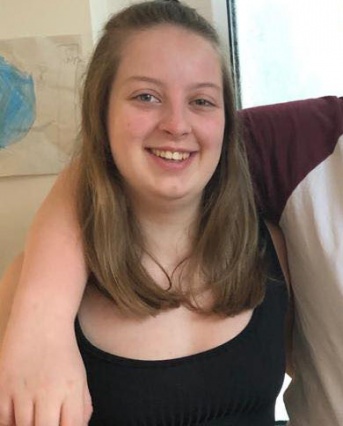 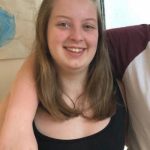 Young people are the second most at risk group of contracting meningitis and septicaemia. If you haven’t had your Men ACWY vaccine we recommend that you get in touch with your GP and ask for the vaccine. Current student, Lucy, was diagnosed with meningitis- and shares her story in the hope it will bring awareness to how serious the disease is and what signs and symptoms to look out for.

On the 27th November I was blue lighted to hospital with suspected meningitis, later to be diagnosed as meningococcal meningitis B. If I’ve learnt anything it’s how unaware people are of not only the severity of it but also so many of the signs and symptoms. I suppose the struggle with it is, is that everyone presents their symptoms so differently, and their bodies react in different ways. I was lucky in the sense that I had every symptom going, that in the end there was no mistaking it. Not everybody does. Not everybody gets the ‘signature rash’.

I was 1000% certain I had the flu, and nothing more than that, until the rash appeared. It took as little as 17 hours from me first feeling cold and achy to being not able to move, spending 4 hours during the night in and out of consciousness on the bathroom floor, not particularly loving the light and a rash appearing in the odd places here and there. 17 hours is all it took. There are people that die within 20. I found that there were so many misconceptions, or differences from the little I knew of meningitis.

I always thought that light would be a big no no. However, as much as the light wasn’t my favourite, for my rash to be looked at I could have it on for a few minutes and back off it went, but who wants to be in a lit up room when they feel ill? The rash to start with was only on my wrists, chest and face. I thought I would be covered. My Nan immediately did the glass test, which I was aware of but most of the spots went, not all but most.

I was lucky. My mum came home and by that point the rash had started to spread and I looked grey. Within 4 minutes of the phone call to 999 there were paramedics on my doorstep. That meant within an hour of the rash coming out I was in the back of an ambulance, cannulated with my first lot of iv antibiotics being blue lighted to Maidstone hospital.

I spent my first day in resus, and the following five days quarantined on a side ward in AMU. I spent most of the days I was there hooked up to fluids and antibiotics, and had what felt like 1001 blood tests, but I did manage to escape the lumbar puncture. Blood tests confirmed the diagnosis, and I was eventually allowed to go home to continue treatment of iv antibiotics for another 5 days, thanks to hospital at home.

If I had not come home for work, and those around me had not responded so quickly the outcome could have been a lot worse. I may of paid a visit to ICU, potentially lots limbs or even died (and for once that’s not even me being dramatic). 1 in 10 people with bacterial meningitis die. I wouldn’t of known what to do if I was at uni, and neither would any of my housemates for that matter. I was one of the lucky ones. After six weeks off work, I’m back raring to go with only a banging headache, fatigue and confusion to try and throw me off, which in the grand scheme of things isn’t bad at all!

If you take away anything from this, then let it be to learn the signs, learn the symptoms because you never know you may just save a life. You always think that it will never happen to you. That’s what I always thought, along with ‘it’s okay I’ve been vaccinated’. The strain I had I was vaccinated against as a baby! But it might happen, if not to you then a friend.

Be aware of the signs and symptoms, and trust your instincts. Check out the following NHS pages and meningitis.org for more information and resources.