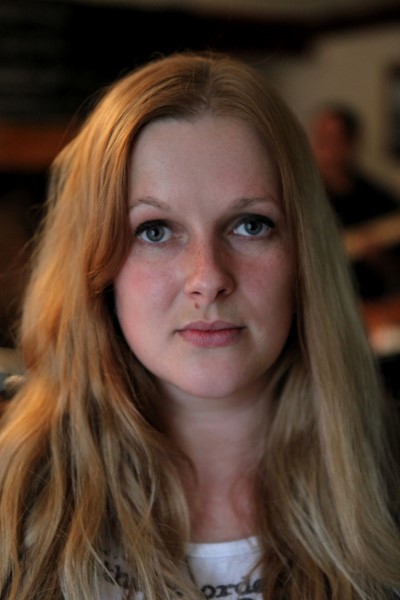 Folkestone Triennial is the flagship project of the Creative Foundation, an independent visionary arts charity dedicated to enabling the regeneration of Folkestone through creative activity. The Creative Foundation work with the people of the town, partners and stakeholders to transform Folkestone into a better place to live, work, visit and study.

Folkestone Triennial is one of five projects led by the Creative Foundation, and since the Triennial’s inception in 2008, it has become an internationally significant event. It is one of a small number of contemporary art exhibitions that changes the character of the place in which the exhibition occurs; it transforms Folkestone by creating a spirit of place, changing the physical environment and the thinking of the community. This ambitious project is paralleled in only a few creative exhibitions around the world, including Münster (Germany), Echigo-Tsumari (Japan), and Santa Fé (New Mexico), with Skulptur Projekte Münster (founded 1977) as a progenitor.

For Folkestone Triennial, artists are invited to engage with the rich cultural history and the local environment, to exhibit new commissioned works in public spaces around the town. And each Triennial showcases around twenty artworks, of which eight to ten become permanent. The permanent artworks are part of another project by the Creative Foundation called Folkestone Artworks, also known as Folkestone’s “gallery without walls”, which currently comprises 27 works from internationally acclaimed artists such as Tracey Emin, Yoko Ono and Spencer Finch.

Emily Peasgood, Halfway to Heaven, commissioned by the Creative Foundation for Folkestone Triennial 2017.

Emily created an interactive audio installation called Halfway to Heaven as a homage to the Folkestone Baptists. It was project managed by Emma Wilcox and is located at the Baptist burial ground on Bradstone Road. This unusual and remarkable location has been left stranded twenty feet in the air and abandoned for 150 years. The burial ground started around 1750 in the garden of a miller, and was in use until approximately 1855. At the time, the beliefs of Baptists were ‘radical’ and this discrimination meant that Baptists could not be buried on Anglican soil. When the laws changed in the mid-nineteenth century, the burial ground was no longer required. After the railway arrived and the viaduct was built in 1843, the slopes of the Pent Valley were cut away to build terraced housing, and the burial ground was left untouched, a floating ‘island’ that has since been forgotten until now.

An interview with Emily Peasgood about Halfway to Heaven, by Studio International.

The libretto for Halfway to Heaven, written by Emily with Kate Harwood, Daniel Wright-Hadley and Eleanor Rudd, is based on Emily’s research of the people buried on the site, with an added narrative about two lovers created in response to the stories told by a living descendent. The composition is a choral work and the recording includes vocalists Catherine Futcher (soprano), Emily Peasgood (soprano), Rhonda Merrick (alto), Peter Futcher (tenor), and Michael Burke (bass). The installation is heard through five audio channels, one for each voice, linked to specific gravestones. The visitors activate each audio channel by walking past infrared sensors hidden in urns in front of five of the gravestones. Visitors can hear a variety of combinations of voices, and for all the voices to be heard, five visitors are needed to stand in front of each sensor. 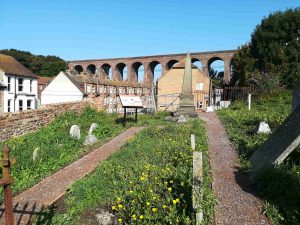 “We gather together”: Memorial urns fabricated by Darius Wilson, and audio fabrication and installation by Rhys Beetham.

The emotive work is an act of remembrance and has been one of the most popular artworks for visitors to this year’s Folkestone Triennial. This was proven on Sunday 22nd October 2017, when the choral work was performed twice to packed audiences in the Church of St Mary and St Eanswythe, and the Folkestone Baptist Church. Emily’s work has also received high praise within the press, including The Times, the Observer and The Guardian. Emily’s success continues as she has recently been nominated twice for the British Composer Awards 2017 for BIRDS and Other Stories (2017) and Crossing Over (2016), in the Community or Educational Project category.