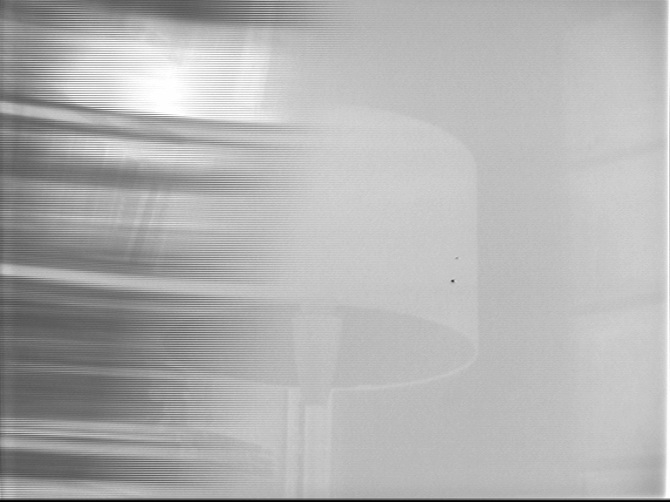 Andy Birtwistle’s video House will be screened at Mobius, Boston tonight (22nd July) at 7pm. Mobius is a non-profit, artist-run organization established in 1977, whose mission is to generate, shape and test experimental art. Andy’s video is screened there as part of  Basement MediaFest – a survey of contemporary artists working with lo-def, lo-tech, and lo-fi motion picture techniques. Shot on two vintage Sony AVC series black and white cameras from the 1970s, House uses outdated elements of televisual language and analogue technology to foreground the materiality of video rather than programme content. In this way the piece aims to follow and subvert the logic of television, since most TV content is banal, but is presented in ways that aim to create a sense of energy and excitement. The video, which premiered at the European Media Art Festival in Osnabruck last April, has been screened in New York (Spectacle) and Baltimore (Sight Unseen), and will be screened at The Edge Gallery, Winnipeg on 5th August, in conjunction with Open City Cinema, at Microlights, Milwaukee on 21st August, and at The Nightingale, Chicago on 28th August.