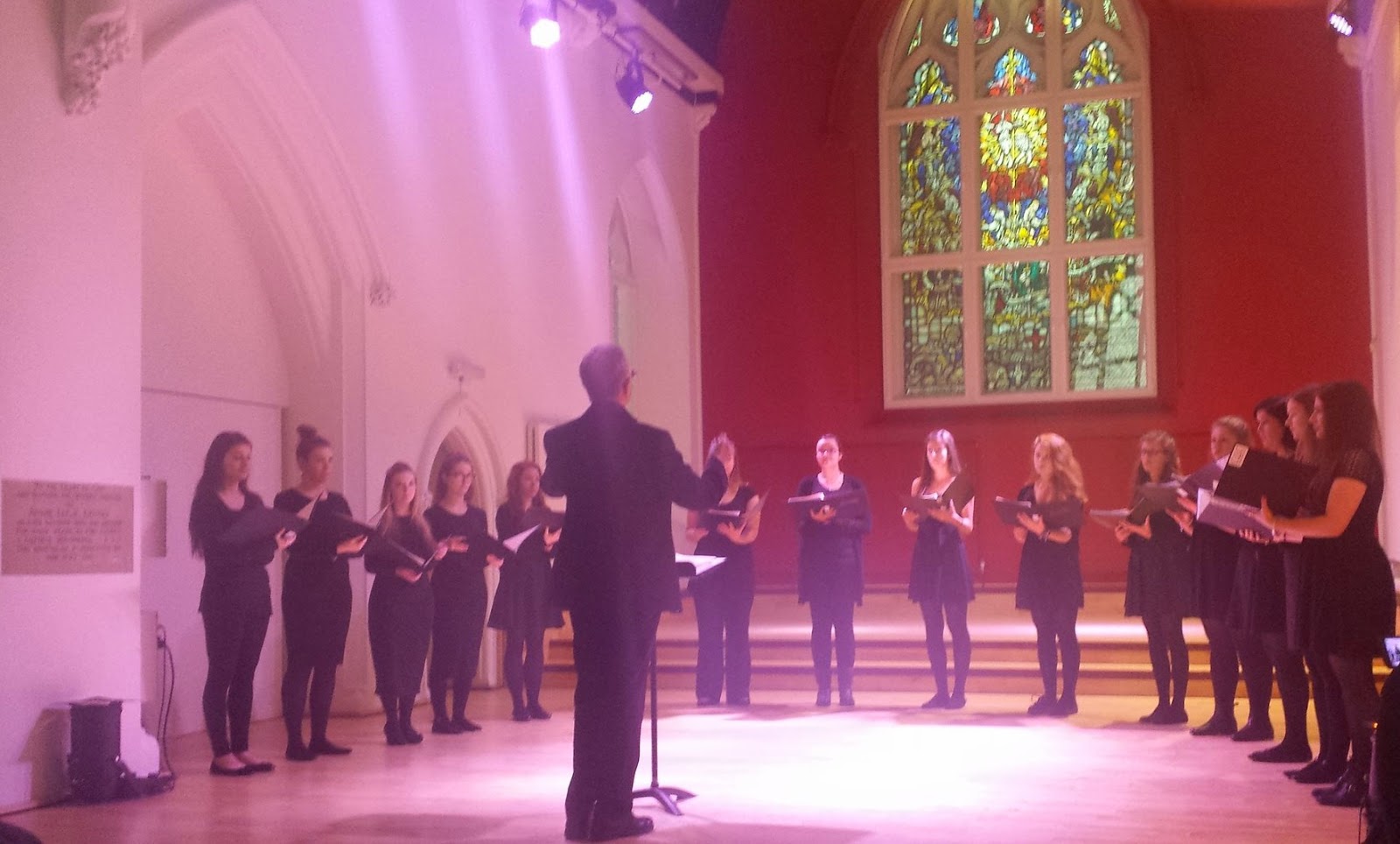 St Gregory’s Centre for Music proved to be the ideal venue for today’s lunchtime concert ‘Autumn Leaves’, performed a cappella by Canterbury Christ Church University vocal ensemble Top Voices, and directed by Chris Price.  The magnificent stain glass window was also the perfect backdrop to this outstanding group of performers, whose harmonies and energy filled St Greg’s with such a beautiful sound.  And an interesting and varied repertoire took the audience on a breathtaking musical journey from the 12th Century with O Virtus Sapientiae by Hildegard von Bingen (1098-1179) to the 20th Century with Puttin’On The Ritz by Irving Berlin (1926-1988), and culminating in a 21st Century arrangement of an African Celebration by Stephen Hatfield.

I feel each of the 19 songs, all performed  with such elegance and poise by each member of the ensemble deserves recognition, however for me there were a few favourites including the Introit O Virtus Sapientiae which opened the concert and created an engaging atmosphere for what was an hour of breathtaking singing.  When I was in My Prime by Michael Glynn, was performed by three singers whose tone and tight harmonies made this performance of a traditional song simply enchanting.  A rendition of  My Grandfather’s Clock was also particularly charming,  but an arrangement by Canterbury Christ Church University student Sara Wilson of Goodbye, My Coney Island Baby for four voices stole the show for me, it was charismatic, upbeat and thoroughly entertaining – exceptional! 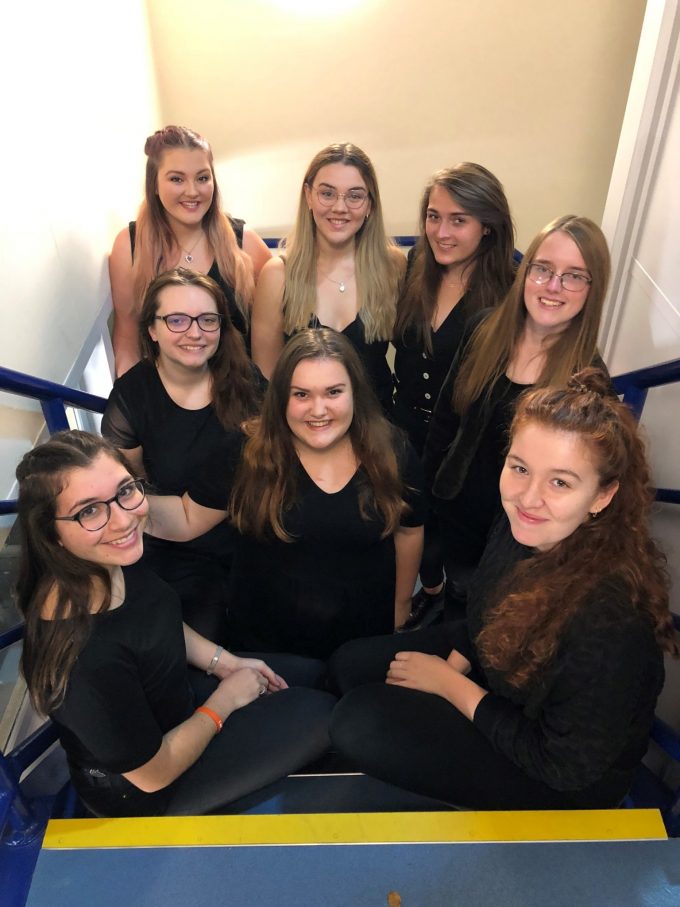