This event is open to the public.

The Broadway Choir – Exactly what it says on the tin! A veritable feast of some well-known,  Broadway classics, accompanied by the very talented musicians that are The Pops Orchestra, and interspersed with some original arrangements by Broadway Choir director Phil Hornsey.  A highly professional standard I commend the Choir’s energy and commitment which was infectious, and the choreography and interpretation within different numbers really added to the overall performances.
The show opened with a highly energetic version of the theme from the hit Broadway musical Avenue Q , setting the scene perfectly for the rest of the show! For my part, the inclusion of a number of Sondheim classics was a bonus, with soloist Lauren Hayes delivering an exceptional and highly enjoyable rendition of ‘Moments in the Woods’ from Sondheim’s Into the Woods.  Possibly a less well known Sondheim hit performed by John Shanks, was ‘Good Thing Going’ from Merrily We Roll Along, another highly interpretative and emotional performance.
The audience was then treated to an outstanding and original medley of ‘Somewhere Over the Rainbow’ from The Wizard of Oz and ‘Somewhere’, from West Side Story, arranged by Phil Hornsey (the Director of the choir).  Zena Ransely and Jason Hodgson then entertained us with their intimate and amusing performance of Irving Berlin’s classic ‘You’re Just In Love (I Wonder Why)’ .  This was followed by another fantastic performance, this time by soloist Hannah Jacobi singing Matthew Sklar’s ‘Someday’ from The Wedding Singer.  And what better way to end a programme of Broadway classic than with a medley of songs from the box office hit musical Wicked.
A thoroughly enjoyable show from start to finish, showcasing yet more of CCCU’s highly talented and professional musicians!
– Lorraine Bruce (BMus, Year 3) 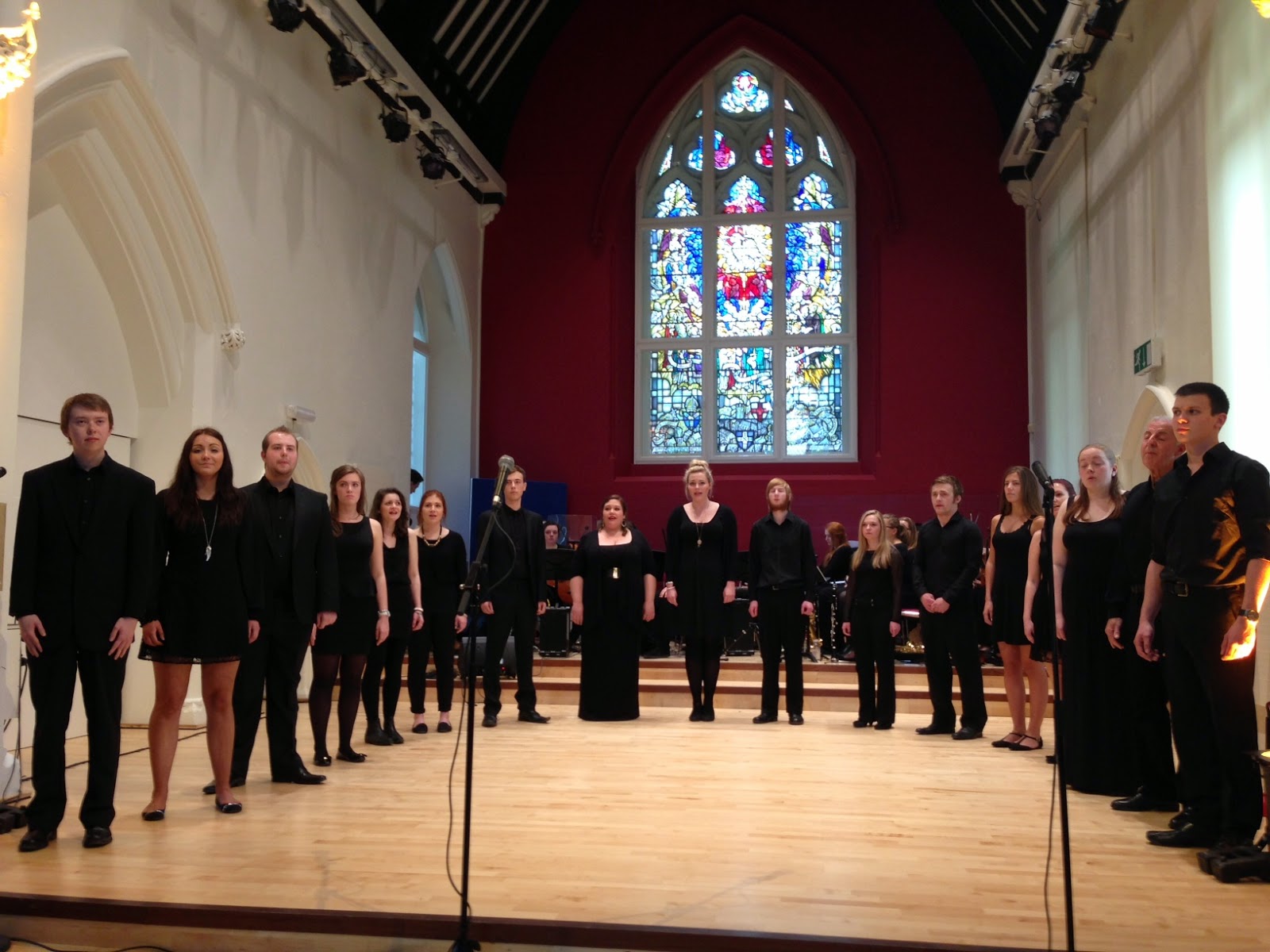 Broadway choir once again blew the audience away at today’s Lunchtime Concert with an energetic repertoire of musical theatre classics. They were expertly accompanied by Pops Orchestra, led by first year BMus student, Dan Tomkinson, and featured a number of heartfelt solos from Lauren Hayes, John Shanks, Hannah Jacobi, Zena Ransley and Jason Hodgson. I spoke to Zena, who is also the choir’s secretary, after the concert about her experiences with the choir over the course of the year:“It’s great because it’s merged the department together and been a form of communication between Music students and Performing Arts students.

“For me, as a soprano, singing as an alto has helped me to develop my musicianship and given me a great understanding and appreciation of other members of the choir.”The concert ended on a high in the form of a Wicked medley, sending much of the audience away singing to themselves with a smile on their face. Thanks go to the choir director Phil Hornsey, and I can’t wait to see more from the choir!
– Kelly Butler, (BMus, Year 3)
Newer posts