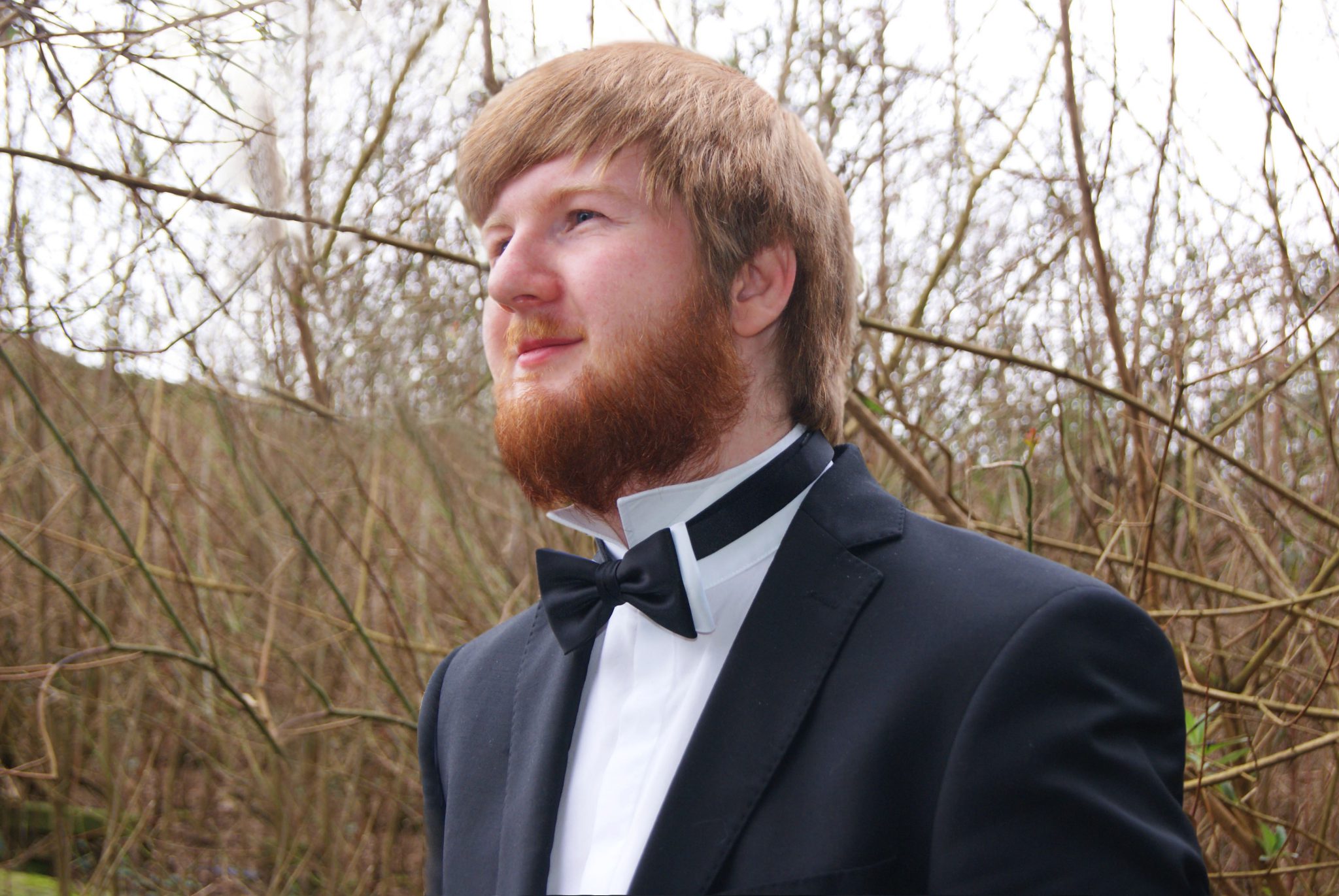 The proper thing to do, I suppose, is for me to introduce myself. My name is Jason Hodgson. I’m an experimental composer currently studying Master of Music (MMus) at Canterbury Christ Church University within the School of Music and Performing Arts, with a current focus on Aleatoric and Indeterminate Composition. I’ve been given the wonderful opportunity to write a blog from my viewpoint as a Composer within the School, and as a person who composes. The entries on this blog will be mostly surface level, and could be considered brief summaries of each part of my projects. My own blog, on the other hand, is more in-depth, and is written in an almost journal-like fashion. So, where there is more detail available, a link will be provided. Sometimes this may happen retroactively, so keep an eye on the older posts for any new links.

Ok. So, ‘experimental’ can mean a lot of things. I don’t want to provide a definitive definition; but how does apply to me?

I am ever so slightly obsessed with generating material using either numerical sequences, or aleatory (chance). Sometimes this may only be a small, but necessary step in a composition. For example, LionHeart1189 used dice rolls to give me the melodic contour for the soprano, and which type of basic medieval rhythm to use for the percussionist. It did not, however, provide me with the overall structure of the piece. Other times it becomes the piece itself. Contingent Extemporisation is a good example of this one. In this piece, the dice provide; how many notes, what notes, and when the notes can be played by the performers. Half of these instructions can be pre-planned, but the aim to roll the dice on live during the performance. The only control not provided by the dice is when to throw the dice. More often than not, unless the process is a part of the performance, the chances are (boom-tsh) you won’t notice it.
In addition, to put it bluntly, I find the traditional tonal world boring. By this I mean composers such as Beethoven, Mozart, Murray Gold, John Williams, Beyoncé, Lady Gaga (to name a few). Put those pitchforks down! I don’t despise the tonal world, I enjoy listening and analysing plenty of tonal music, however as a composer it leaves me artistically unfulfilled. I may dip my toe in occasionally, but I try to consciously avoid it where possible. Often, I find that once I listen back to a piece I have composed, I discover that I have created what I would deem as ‘accidental harmony’. Harmony that was not planned. Instead, it appeared by chance during the procedures. Tonality, as a tool doesn’t satisfy me. It’s like a plain sponge-cake without the icing, or the filling, or the sprinkles, or the…

Sorry, got distracted by cake… I mean, who doesn’t? What I’m trying to say is that, whilst it’s lovely on its own, if you mix it, change it, break the rules, you can create something marvellous! Or an atrocity. Either way it stops the original from becoming dull and boring. When you come back to the original recipe, it’s just as lovely as before. Only this time you’ve discovered new tastes and textures.
Ok I’ll get off the cake analogy now….I promise.

There is a method behind my madness (well… most of it anyway). Other than my love for these tools, being on the Autistic Spectrum (Asperger’s) makes it a challenge to engage with the more emotional elements of music. In particular, at least for my variation of Aspyness, it makes it difficult to express one’s emotions. (Look at me using ‘one’, you would think I was an academic or something). Anyway, for example, if I was to compose a piece to express emotions, it would be a very infantile attempt. This also links, and is probably the reason I believe that music, if it isn’t telling an actual story about someone, something, or a situation, should be left open to the listener’s imagination and interpretation. Of course, emotion has place in something like an opera, but, in music, pure music (whatever that is), I believe it should never be prescribed, and instead should be down to the listeners own interpretation. Oh look, I’ve done a piece about that called A Thought, which talks about what I think music is or can be. All this I feel is a problem with the traditions of tonal harmony (and the listeners practice, but that’s another topic too big for today. Maybe I’ll touch on it at later point (though I can’t make any promises). Who says a Major can’t be sad, dark, or foreboding? Why can’t we get joy out of the crunchy dissonances? It just befuddles me! Why must we prescribe emotions to sound waves in the air? Ok, I get the that a lot of people do find my way of thinking just as confusing. But doesn’t it makes you think? When we hear music from around the world which falls out of our own systems and rules, some recoil in horror, some love it, some are indifferent. So why should our music be any different?

The absolute favourite reaction I ever received for one of my compositions, was when an aunt of a friend who was practising A Throne of Games tore it up and told them “It’s not real music and I won’t have you play it”. My friend was absolutely amazed that I smiled when he told me this story. I loved that it had provoked such a passionate reaction. My aim was not to provoke for the sake of provoking. But by just composing a piece using the tools I do, I can take that some love it, some not really like it, and some tear it up! Wonderful!

I am grateful that I can explore these ideas of what music means to me because I am at CCCU. In fact, I discovered my love for contemporary and experimental composition in my first year. For want of sounding like a teacher’s pet, in my first year there were also a few tutors who were the catalyst for this: Lauren Redhead and Sam Bailey. They showed me that there were other ways of discovering and controlling the sound-world that didn’t involve the prescription of emotion. There were a few composers of course who I have also researched to help develop and discover new techniques. I’m not going to go into a full description of who they are (that’s where google helps), nevertheless I will give you a few names, and a brief description of what or how they have influenced me.

The first one is John Cage. For those in the know, it is probably obvious as to why Cage is first on my list. Prior to university, I hadn’t even heard of the man, but today he is a composer I go back to time and time again. Don’t worry, I’m going to put you out of your misery with one simple word: Chance! Although he has composed many pieces using various techniques, he is most famous for his use of chance. More particularly of influence to me is his use of dice. Combined with the Chinese book of I-Ching, Cage used dice to compose perhaps one of his most well-known pieces, after 4’33’’; Music of Changes. I, however, felt that he didn’t go far enough with his dice, and thus most of my pieces to this day have utilised dice somewhere within its development. 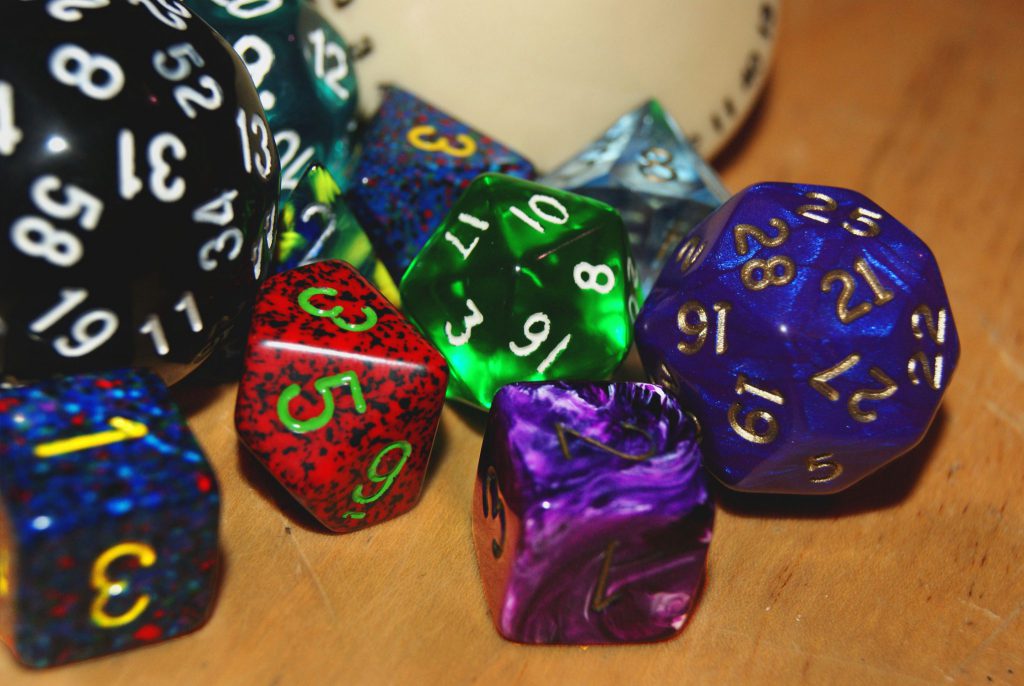 Dice isn’t the only form of chance I like to use. Free improvisation, or Quasi-Free Improvisation, or even simply giving the control over to the Performer, is also paramount in my work. Therefore, John Stevens and Cornelius Cardew are next on my list. Cardew, being one of the founders of the Scratch Orchestra, a collective of artists who explore ways to produce music and art outside of the constraints of tradition, sparked my interest in relinquishing some of my control and giving it to the performers. I provide the structure; the Performers furnish and decorate it to make it their home (eesh… even in my metaphors my Aspiness shows). Dr. Sam Bailey, the Director of the CCCU Scratch Orchestra, is responsible for this one. He is also responsible for introducing me to John Stevens’ book Search and Reflect. In this book are a series of exercises and pieces designed to ignite and challenge musicians who want to develop their improvisation skills. I can’t do it justice here.

The latest addition to my inspirational composers, is someone who I wouldn’t necessarily class as a composer. Not technically anyway. Qubais Reed Ghazala is known as the father of Circuit Bending, a chance-based instrument building technique that utilises short-circuiting the circuits within noise making toys and other battery-operated devices. For the less technical like myself, this just means that you add buttons, dials, switches etc that make the toy produce strange alien noises. And then you play it like you would any other instrument.

I have already written up a bit about this regarding my Creative Project on my blog.

Whilst at this current time it may link over to my own blog, the series on this site, however, will focus on the projects and work I have done over the years at CCCU within MPA. I will look at what I’ve learnt (not going too academic), how it has developed me as a composer, and its relationships with my Asperger’s and my other Disabilities (Oh yes, there’s more…). I may even start with pieces from my first year, which whilst they aren’t exactly fully developed technically, they show the beginning of my development as a composer. 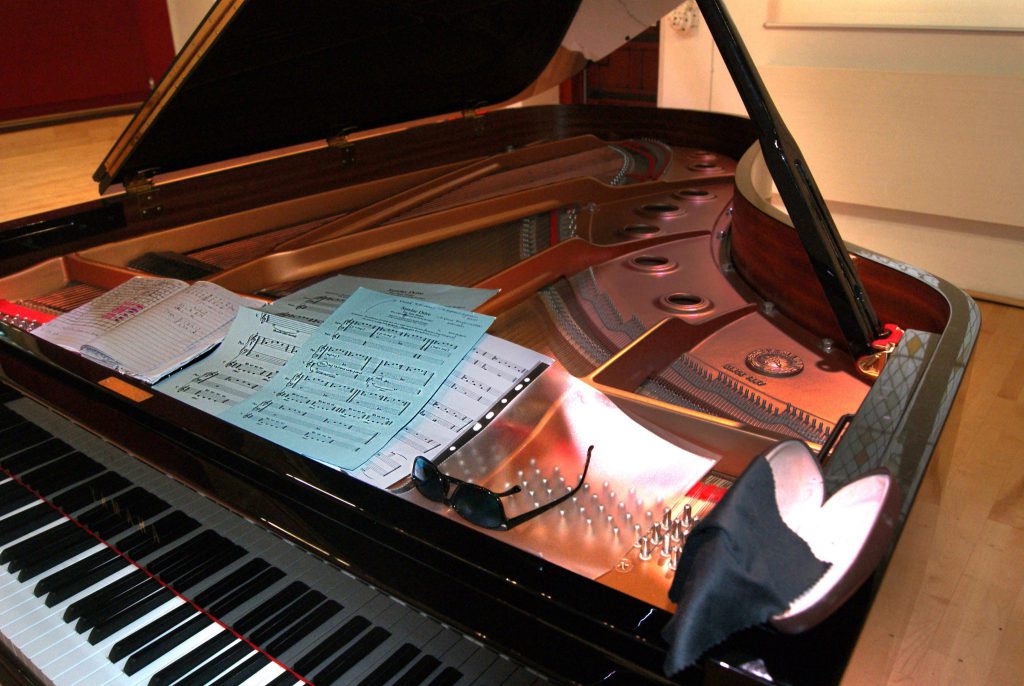 The School of Music and Performing Arts would like to thank Jason for his contribution to the blog and look forward to future entries!